EDlection 2016: 18 Memorable Education Conversations That Erupted Around the Conventions 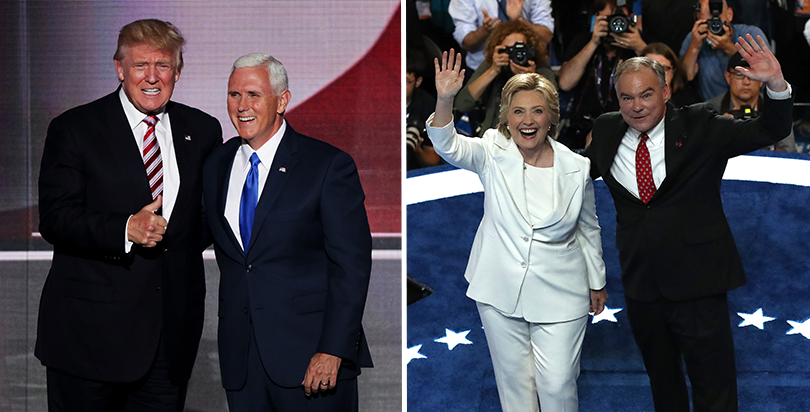 This article wraps up our in-depth coverage of the Republican and Democratic National Conventions. For more analysis and backstage reports from Cleveland & Philadelphia, see our RNC and DNC archives.

We knew from the first primary debates last fall that 2016 wasn’t likely to be the education election. Candidates had other pressing things to talk about — issues that became increasingly urgent with every new headline about a terrorist attack, police shooting, boat of refugees crossing the Mediterranean and our slowing job market (just Friday, a fresh batch of headlines about economic growth falling below forecasts).

Which is not to say that education isn’t a key component of all these stories. Schools are at the very core of the jobs story. They are a central player in the immigration story — and the civil rights story. They are one of the first places kids learn about diversity, acceptance, tolerance and empathy. Education lays the foundation for everything that follows — that’s precisely why we organized the 2015 Education Summit in New Hampshire, in hopes of focusing political leaders on the issues confronting our classrooms.

The summit became a trending topic on Twitter that day; it turns out a wide swath of voters are indeed quite interested to hear what these men and women would do for their kids, their schools and their communities.

And it’s those voters that we've thought about as we’ve walked around Cleveland and Philadelphia over the past two weeks, seeking out any elected leader with something substantive to say about education priorities, funding, diversity, standards, curriculum, graduation rates, segregation, etc. If schools weren’t likely to come up at the convention podium during prime-time, we’d go backstage, to the streets, to the side panels and seek out answers as to where America’s major political parties were leaning on education issues.

Over 10 days, we collaborated with the experts at Bellwether Education Partners to publish more than 100 posts on what we found (you can scan our complete coverage of the Republican National Convention and the Democratic National Convention), and our convention coverage culminated in a sobering Chad Aldeman essay about why politicians, so disinclined to go specific on schools this cycle, owe it to voters to bring education into the convention spotlight. Why? Because it will both require candidates to spell out a concrete vision for our schools, and it will also give the winning candidate a larger mandate to ultimately implement their vision.

Alas, that didn’t happen last week — or the week prior either. The candidates had more pressing things to talk about when the networks where dialed in. But outside of the evening presentations, we met plenty of Democrats and Republicans who wanted to focus on students and education, and we came back with some compelling observations about where these elected leaders may take our students and schools.

18 memorable education conversations we had during the RNC and DNC:

5. Have you heard about Mike Pence’s epic education feud with Indiana’s top Democrat?

6. Tim Kaine, the safe bet — He may not necessarily help Clinton woo new voters, but he’ll help her actually govern on issues like education.

7. Kaine’s wife, Anne Holton, was Virginia’s Secretary of Education. Here’s how she could influence federal policy.

9. High anxiety over the Every Student Succeeds Act at the DNC, as education reform advocates worry that local control might lead to dismantled standards.

10. Donald, they’re just not that into you — The 74 interviewed a handful of education advocates about Trump’s remarks championing school choice. But the feeling’s not exactly mutual.

11. Clinton and educators – Why the nominee is wrong on teacher compensation.

12. Michael Bloomberg likes ruffling feathers: Not just in the GOP, as he implies Trump is incompetent, but also among Democrats, as he says he disagrees with the party on its education priorities.

13. Welcome to Philadelphia — Here’s what the city’s schools chief said he wanted to hear from visiting Democrats on education.

14. A dystopian future for school children? If Donald Trump listens to Chris Christie, the head of his transition team, on issues of school funding, the future looks bleak.

15. From talk of mass incarceration in the 1990s to talk of education and opportunity in 2016: Hillary Clinton’s evolving rhetoric.

16. Beyond K-12: Sen. Coons makes a passionate argument at the DNC that education reform must extend beyond graduation.

17. Big Picture, RNC: Is Donald Trump’s nomination the end of school reform in the GOP? That’s a complicated question.