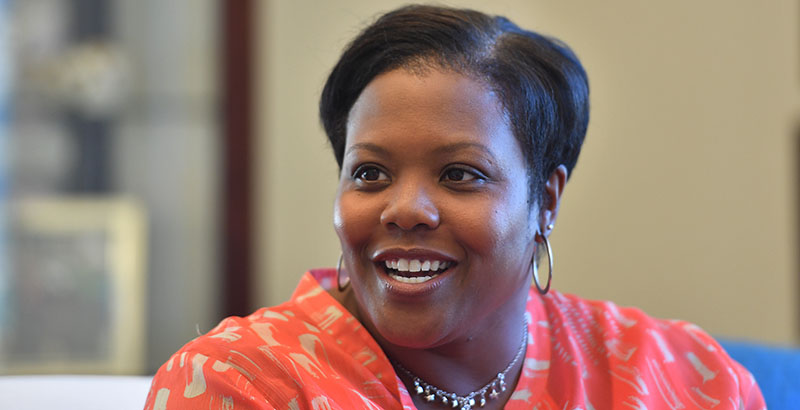 Two years ago, D.C. Public Schools was seen as a place where the best and the brightest utilized world-class systems designed by pre-eminent experts to drive transformational gains. Today, it’s hard to keep track of the scandals.

This is not a case of a fall from grace. The fake success and true failure were two sides of one coin minted by the education reform movement.

First, there was the school lunch scandal. The former food services director presented a case to DCPS that its food vendor had cheated the district out of $19 million and served students rotting food. A few weeks later, then-Chancellor Kaya Henderson, in violation of ethics rules, solicited a $100,000 donation from the corporation, and its contract was later renewed.

Then there was the school discipline scandal. The much-vaunted 40 percent decrease in suspensions under Henderson’s leadership was an artifact of systemic fraud. Pressured to lower suspensions, principals simply took them off the books. At least one top-level official, Jason Kamras, was told. Either Henderson knew she was getting credit for fraudulent gains or she had no clue what was going on in her schools.

Then there was the graduation rate scandal. The much-vaunted 20 percent increase in graduation under Henderson and her successor, Antwan Wilson, was also an artifact of systemic fraud. Under pressure to increase graduation rates, principals no longer required that students attend school to receive a diploma. Either Henderson and Wilson were aware that they were getting credit for fraud or neither ever examined basic attendance data.

Then there were the nepotism scandals. Henderson let the kids of high-ranking officials cut the line to attend better schools. Wilson vowed never again, then did the same thing for his own daughter.

Just this week, a new scandal broke about widespread enrollment fraud at a prestigious high school. Officials had slow-tracked the investigation for fear of bad publicity in an election year.

And who knows what other surprises the FBI investigation has in store.

After a decade of cheerleading false gains, many reformers have been left speechless; the Fordham Institute’s Erika Sanzi chided that DCPS officials had “suddenly lost their aversion to dishonesty and fraud.” In some quarters of the reform world, it was worse than that.

The Center for American Progress hosted a DCPS official for its event on discipline reform. The CEO of Teach Plus touted DCPS’s rising graduation rate as a success. And last week, Thomas Toch and Phyllis Jordan of FuturEd penned an op-ed in Education Next arguing that “tying these problems to the city’s school reforms is a mistake,” which they contend “discounts real improvements in the city’s school system.”

What improvements? Toch and Jordan insist that DCPS’s gains on the National Assessment of Education Progress don’t reflect gentrification, claiming that “no less than three analyses suggest that’s not the case, that the gains transcend demographics.”

Under Henderson’s leadership, from 2009 to 2015, eighth-grade NAEP scores went up seven points in math and five points in reading.

But when you isolate either free-and-reduced lunch or African-American students, those gains diminish to four points in math and one point in reading. And those metrics likely overstate the gains due to a policy that likely designated more advantaged students as qualifying for free or reduced-price lunch, and due to gentrification in the African-American community.

Although there’s apparently little difference between DCPS and Detroit for disadvantaged students, there should be for “evidence-based” policy experts. Given that DCPS’s spending is about twice that of Detroit, DCPS appears to be one of the worst school districts in the country for serving disadvantaged students.

Toch and Jordan also point to the alleged success of DCPS’s IMPACT teacher evaluation system. The research on IMPACT sounds reasonably promising. Almost all the teachers designated “ineffective” and almost half of the 7 percent found “minimally effective” left.

So, let’s stipulate that IMPACT substantially raised net academic value-add. That must be weighed against the cost: It was weaponized to make teachers violate policy and conscience.

NPR reported that Ballou High School’s principal, Yetunde Reeves, used IMPACT to coerce teachers to comply with her fraudulent scheme to take the school from 57 percent graduation to 100 percent college acceptance in one year. A survey of DCPS teachers showed that almost half experienced similar pressure.

“We basically were ripped a new a-hole as principals. So that means that I have to come and not rip you guys a new one, but I think I have to come in and be very firm,” said Young. “And it wasn’t a conversation, it was like, what was told to us, ‘You all suck. You all suck as principals,’ which means your teams are not doing what they need to do because, right now, our promotion rate to the next grade is horrible, which will affect our graduation rate. And you all know we move four points or five points this past year, the chancellor wants to move seven points. … Just like you’re sitting here with your head blown off saying, ‘You’re flipping the switch on me,’ that’s the same thing that I said. What then he said to me was, ‘We have the right to flip the switch.’ I said, ‘You know what? You’re exactly right. So let me figure it out with my team.’ Here’s the thing: We have to pass and promote.”

Was this tough talk intended as inspiration or intimidation?

That it’s (at best) a Rorschach test is all you need to know.

With these incentives, any rational actor has the motive and the means to cheat. Systemic fraud was a feature, not a bug.

We should not, however, discount some real gains in DCPS — for the affluent. NAEP scores for students with college-educated parents rose 17 points in math and 11 points in reading.

The affluent also enjoy meaningful accountability from the district. Nat Malkus of the American Enterprise Institute has noted a twisted irony: After DCPS leaders systematically undermined high school diplomas for thousands of underserved students, a few folks were put on leave. But when one student cut the line to attend a high-performing high school serving students from advantaged backgrounds, the deputy mayor and chancellor were forced to resign.

DCPS is no longer a case study for education reformers, but for teachers unions. Union leaders can look at what weakened job protections and metric-chasing mandates have wrought and say, “I told you so.”

So, what should come next? Admitting a problem is the first step toward fixing it. A movement that talks incessantly about “accountability” ought to practice it within its own ranks. To maintain basic credibility, reformers must admit failure and ostracize, rather than celebrate, those responsible.