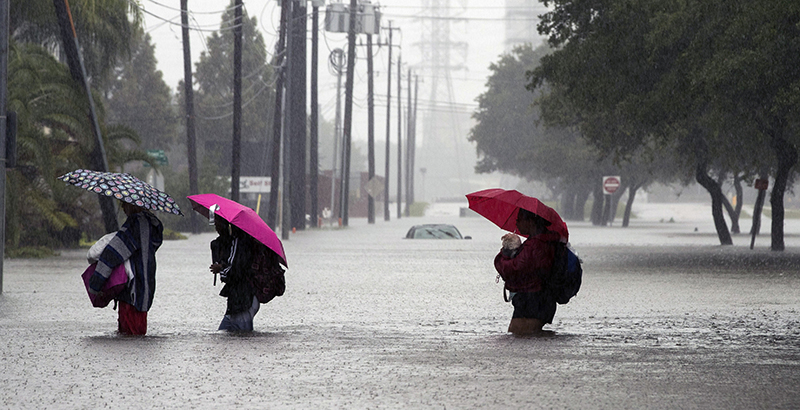 Extreme flooding caused by Hurricane Harvey has reportedly trapped 200 University of Houston students from India, according to early social media reports. Indian Minister of External Affairs Sushma Swaraj tweeted about the incident Monday morning and said the Coast Guard is organizing a rescue.

@CGHoust has informed me that 200 Indian students at University of Houston are marooned. They are surrounded by neck deep water. /1

We made efforts for delivery of food but US Coast Guard did not allow as boats were required for rescue operations. /2

Swaraj added that two of the students, Shalini and Nikhil Bhatia, are in intensive care and that officials are working to get their family to Houston as soon as possible.

Indian students Shalini and Nikhil Bhatia are in ICU. We are ensuring that their relatives reach there at the earliest. /4

University of Houston President Renu Khator tweeted later that the students were safe, had food, and would be evacuated soon.

Anupam Ray, the consul general of India based in Houston, posted that university officials were in contact with the students and “working tirelessly” to help them.

Thanks @UHpres and University of Houston Police who are working tirelessly to rescue students. They are safe & have food. @SushmaSwaraj https://t.co/lRtLYN9BhJ

We will update this post as more information is available. University of Houston officials and the Coast Guard were not immediately available for comment.