Drive-Thru Meet-the-Teacher, Netflix Intermissions and Lots of Troubleshooting Emails: What the First Day of (Remote) School Looked Like in One Texas District 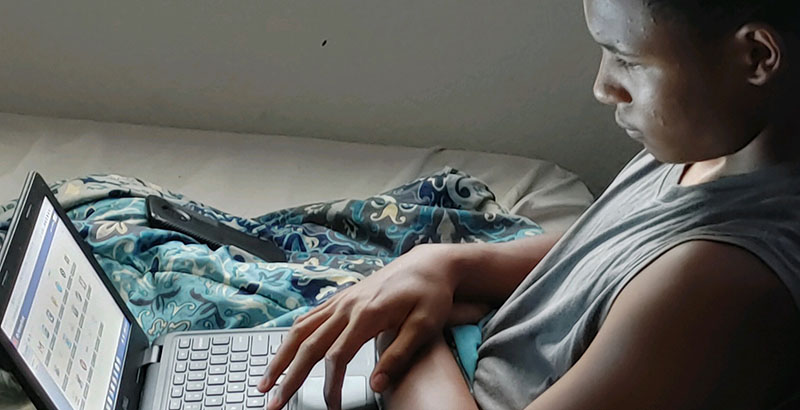 The first day of school is always a bit of an unknown. But when classes started online Monday for most students in San Antonio, and school buildings stayed shut to stop the spread of COVID-19, the unknowns outweighed the knowns. The bumps were bumpier. The glitches were glitchier.

The San Antonio ISD technology help desk responded to 1,400 calls on day one — more than 10 times the number of daily calls they received when students went to school in person, and well above the daily average for distance learning in the spring. With schools online for at least three weeks and most likely longer, parents and teachers will have some time to get it right.

Across the city, parents and educators got their first glimpse at the work that lies ahead. Here are a few of their stories:

Meet the new teacher — in a whole different way

For students at San Antonio ISD’s two Montessori schools, the first day of school started on a low-tech note. Rather than meeting their students online, the teachers organized a drive-through meet-the-teacher parade, where students would meet their teachers at a safe distance.

“The parade was cute but hard,” Annie Mays said. Her 3-year-old started crying when she realized she couldn’t stay in the building with her teacher at Rodriguez Dual Language Montessori Academy.

At the parade, parents picked up a box of Montessori supplies for their home workspaces. The boxes of blocks and sewing supplies, along with basic school supplies, will help minimize screen time for the youngest kids and help parents get a good idea of how Montessori works. 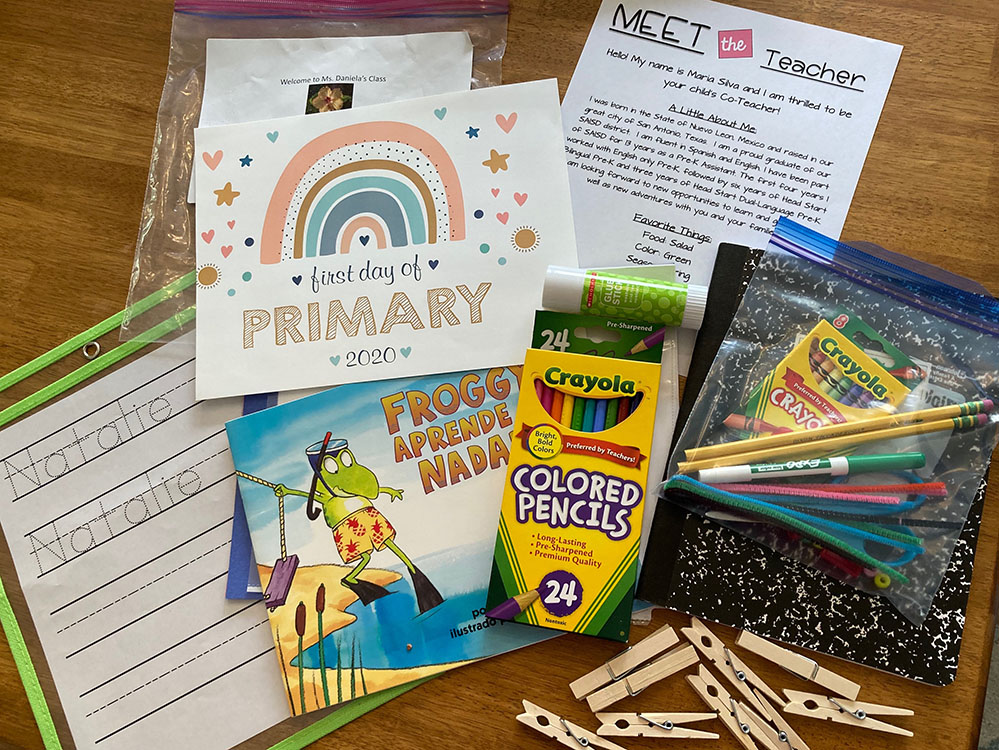 ‘Sending a link is not enough’

Chawanna Chambers, senior director of curriculum and assessment at Compass Rose Public Schools, a charter school on San Antonio’s South Side, has been preparing for this day all summer. During the spring shutdowns, she discovered a distance learning platform called Clever, and she’s been setting up training resources for teachers and back-end systems all summer. Monday would be the big test of months and months of work.

Following her advice to all Compass Rose parents, she logged in with her son over the weekend and showed him how to use the platform. Knowing she had engineered the system, her son jokingly asked her if she had slept all summer.

“If we can get kids and teachers started with minimal issues, I’ll sleep afterwards,” she said.

As the morning unfolded, Chambers was struck anew by the level of technical help parents needed to navigate online learning. No matter how well the platform works, she said, she has to remind herself that tablets, Chromebooks and other tools require some degree of tech savvy to operate, and schools will be the ones coaching parents through that, offering support well into the new school year. She said, “Sending a link is not enough.”

After meeting their teacher at Steele Montessori Academy, Kierstn Stolhandske (the author’s sister) sat down at the computer to try to log on with her second-grade daughter, who had just finished enrolling days before school started. It wasn’t long, Stolhandske said, before an educational show was streaming on Netflix to occupy the second-grader while Stolhandske and their teacher emailed back and forth, sorting login information and passwords.

“We are taking a brief intermission,” Stolhandske said. 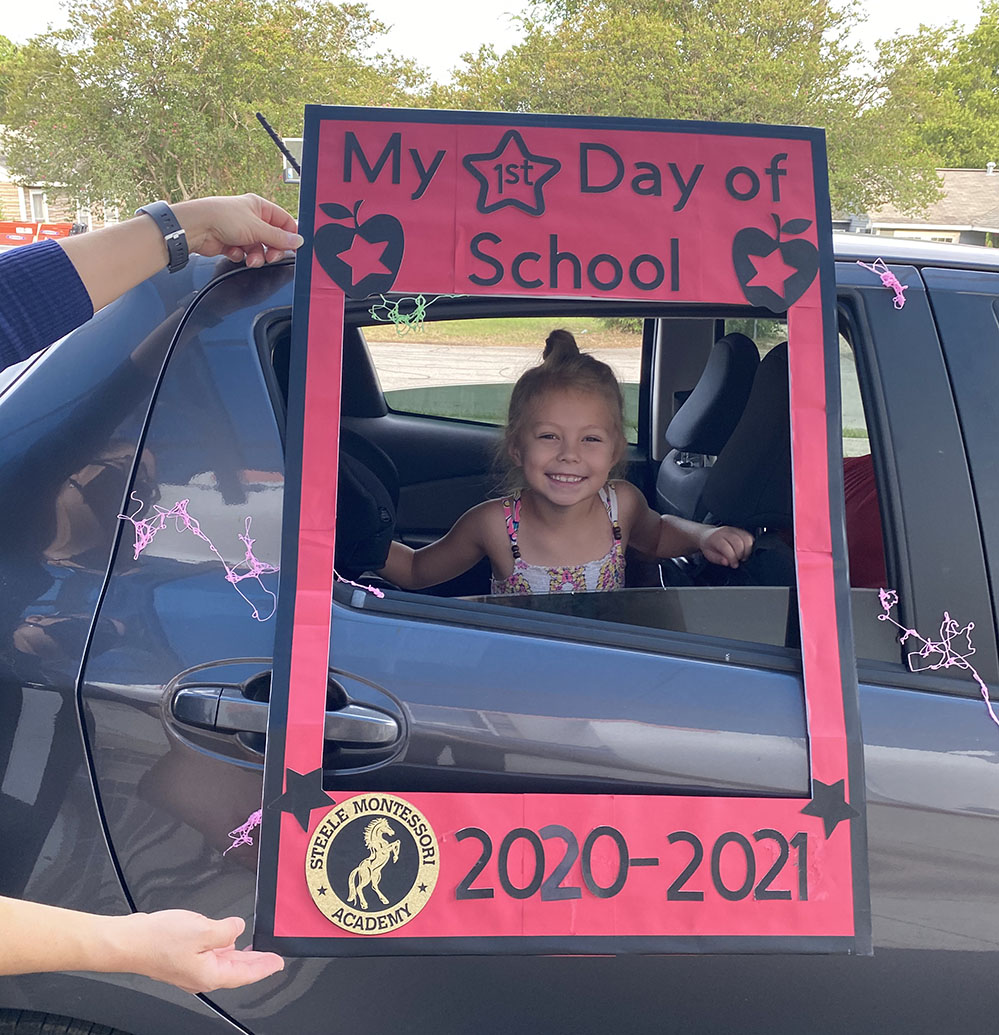 A mixed first day for one family

On the city’s North Side, Deneatra Terry had mixed feelings on her sons’ first day at two different charter schools. Her older son is a sophomore at Harmony Science Academy, and overall, she said, while the school had tried to keep up with his special education services in the spring and summer, it had not provided them in a timely enough way for him to meet all the prerequisites for the classes he wanted to take this year. Communication had been difficult. 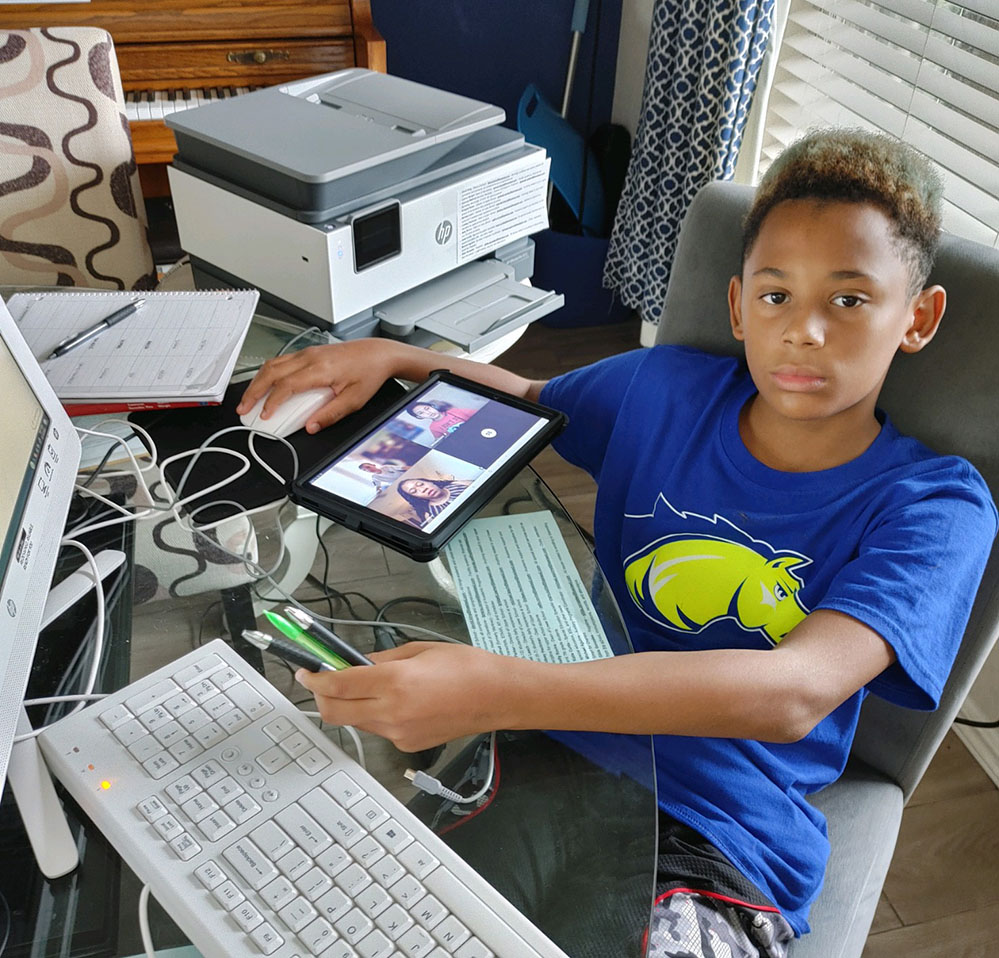 Iyesen Boltz at his desk for the first day of school online. (Deneatra Terry)

When he logged on Monday morning, he was not able to get into one class, since he had not completed the correct prerequisites. He received the incorrect link for another class. She immediately began emailing with the school.

Her son, Bradley Boltz, meanwhile said he felt as if he had been able to keep pace with what was given to him, but he could not do much about the coursework and accommodations that had not been.

“I’m just a little anxious about the new year,” Boltz said, “I have an [individualized education plan] and I think my school has been fumbling those accommodations during these tough times.”

He hopes those issues can be resolved, Boltz said, because working at home had been good for him.

“If school were able to let people come back for face-to-face learning, I feel like I could go back, but I’m not sure,” Boltz said. “It’s more comfortable for me to work at home.”

By contrast, Terry said, her younger son, who is in seventh grade at Basis Shavano, has not missed a beat. He has similar special education accommodations, she said, and the school has communicated clearly and proactively in the lead-up to the first day of school.

On the first day, the school’s attendance-taking system, SPORK, went down, and the school immediately reached out to parents to explain the issue. Terry wasn’t worried.

Parents and educators all agreed that this was not the way anyone would have chosen to start the school year. I spent at least 20 minutes Sunday staring at our color-coded schedule of pre-K and first-grade Zoom calls, wondering how we would ever sustain this with all that could go wrong, all the parental oversight required. 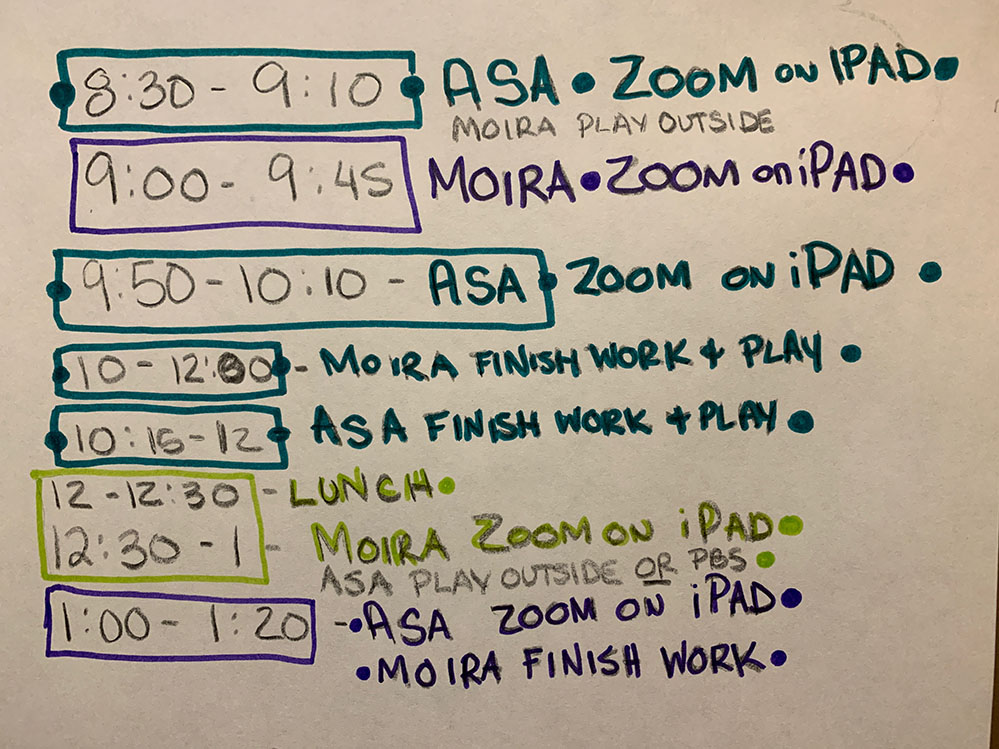 McNeel’s own back-to-school schedule for her kids. (Bekah McNeel)

Then I remembered a message, sent via SeeSaw from my son’s teacher, a 19-year pre-K veteran named Rosa Borroel.

“I promise you’re not the only one feeling nervous,” she wrote. “This is not easy and we will all have to give each other lots of grace and support so we can make it together.”