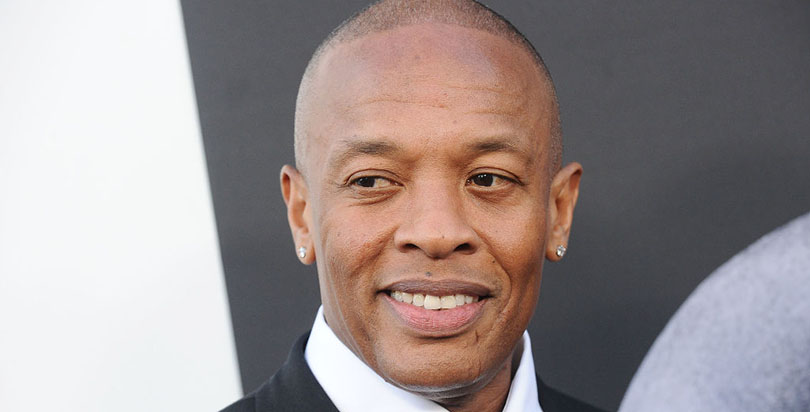 This article is one in a series at The 74 that profiles the heroes, victories, success stories, and random acts of kindness to be found at schools all across America. Read more of our recent inspiring profiles at The74million.org/series/inspiring.
Dr. Dre has long championed his hometown of Compton, California. And now the celebrated rapper and music producer — and subject of a new HBO documentary — is supporting the next generation of performers with a pledge of $10 million to help fund construction of a performing arts center for the new Compton High School.
“My goal is to provide kids with the kind of tools and learning they deserve,” he said in a statement. “The performing arts center will be a place for young people to be creative in a way that will help further their education and positively define their future.”

The new center, which district officials expect will be open to the community, will include a 1,200-seat theater and a digital media production suite. It will be part of a new high school complex that Micah Ali, vice chairman of the Compton Unified School District’s board of education, called “the most modern high school complex ever provided to public school students.

“This extraordinarily ambitious project will be a beacon for transformational change in Compton — giving our community an unparalleled access to opportunity and achievement. Dr. Dre has stepped up and partnered with the school district to make this vision a reality. A true act of giving back to the community in a way that will directly impact the ever-resilient efforts of our students to rise up and succeed. A true act of leading the way and standing as an example to others of how never to forget where you came from,” he said.

Thank you to @DrDre for his generous donation to @ComptonUnified! Our talented youth in #Compton deserve a new performing arts center! #CA44 https://t.co/3HeP76WpHR

Officials expect the center to break ground in 2020 — and Dre will remain involved in additional fundraising to ensure it does.
“The support that Dre has shown to Compton over the years is unwavering, and we are so excited that we will now be home to one of the greatest performing arts centers in the country,” said Satra Zurita, president of the district’s governing board of trustees.

This is not Dre’s first philanthropic effort in his hometown. In 2015, he announced that royalties from his album Compton would be funneled back to the city for a performing arts venue. That album was tied to the 2015 film Straight Outta Compton, which detailed his early rap career with the group N.W.A.

N.W.A. was back in the day. Now, Dre has a new focus on Compton, including helping a fellow Compton-based artist, Kendrick Lamar, who may have summed up his thoughts on the city for both of them: “Compton, Compton, ain’t no city quite like mine.”
Submit a Letter to the Editor
July 11, 2017