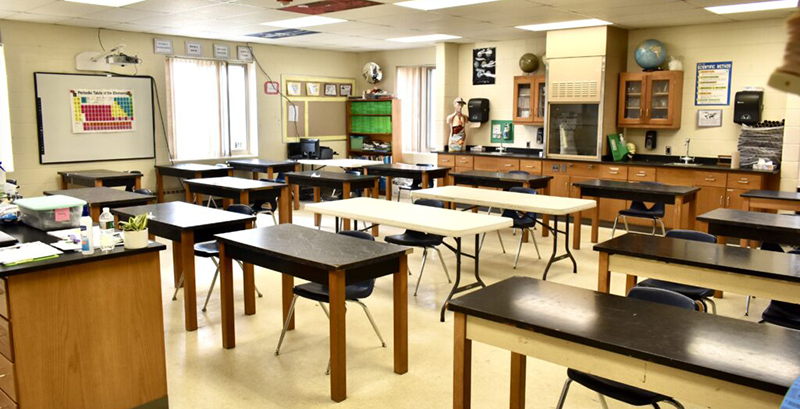 House Democrats are advancing a bill that would require consent to be taught in New Hampshire public schools as part of a school’s health education curriculum. (Dave Cummings / New Hampshire Bulletin)

The problem is rarely addressed by teachers. But sexual assault among students is endemic, says New Hampshire Rep. Debra Altschiller.

“We think that schools are the best place to reach the most children to talk about personal body safety,” said Altschiller, a Stratham Democrat. “And that is their right. They have the right to be safe.”

This year, Altschiller and a group of Democratic lawmakers say it’s time for public school classrooms to take it on: sexual assault education and prevention. House Democrats are advancing a bill that would require consent to be taught in New Hampshire public schools as part of a school’s health education curriculum.

House Bill 1533 would require that schools include “age-appropriate instruction on the meaning of consent, respect for personal boundaries, and sexual violence prevention” in the basic curriculum for all students.

At a hearing Tuesday, supporters of the bill said that the instruction would be valuable to head off incidents of violence and violation of personal space — both in adolescence and later in life.

“We see the importance of smoking prevention education because of the damaging health effects: it’s important enough to be part of health curriculums,” said Emily Murphy, a prevention program specialist at HAVEN New Hampshire, a violence prevention center. “The negative health impacts of child sexual abuse and other forms of sexual violence are staggering.”

Alberto Soto, currently the director of counseling at Middlebury College in Vermont, said he had treated young adults on both sides of the equation: those who have caused harm and those who have experienced it. The trauma caused by a violation of consent can follow students for years, Soto said.

“The only way that we can help prevent harm is through education and through preventative measures,” Soto said.

For Renee Monteil, consent lessons were already built into her parenting approach for her two young daughters. When one toddler would bite another, Monteil would teach them not to, framing it around consent. But when it comes to sexual health, Montiel said, the lessons are some that all students should receive.