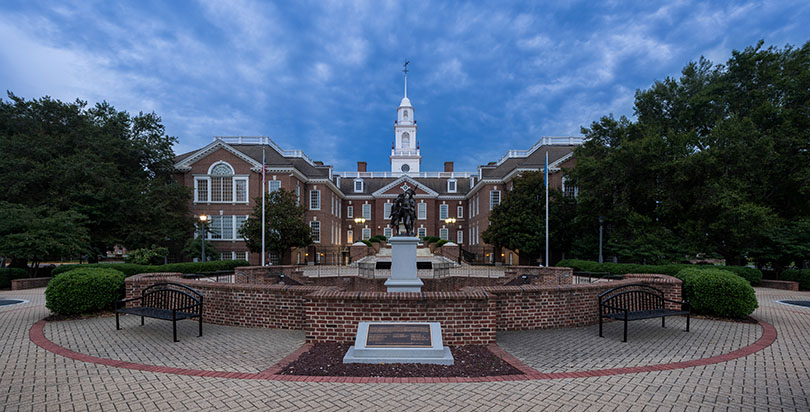 When looking to fix a financial crisis, most state lawmakers turn to conventional budget line items such as jobs and administrative expenses to make cuts. Rarely do legislators get rid of public governmental bodies.

The Delaware legislature’s Joint Finance Committee has approved eliminating all funding for the State Board of Education as part of a wave of cuts designed to address a $400 million budget gap, according to The News Journal.

“I can speak for all of us that nobody wants to vote for these kind of cuts,” committee chair Melanie George Smith told the newspaper. “But I think it would be too easy for us to just say, ‘I can’t support this.’ If all of us did that, we wouldn’t have a balanced budget.”

The $33 million in cuts the 12-member committee is recommending would reduce funding for the board by more than $200,000, effectively abolishing it for the fiscal year starting in July. While few departments will be unaffected, about half the proposed cuts target education, including slashes to early childhood programs and free PSAT tests.

“We were surprised,” said Donna Johnson, director of the board. “One of the things they would really lose would be that opportunity for transparency.”

Committee proposals must be voted on by the House and Senate, where lawmakers are mulling a range of strategies for bringing more revenue to the state. The legislature has until June 30 to pass a budget.

The board’s seven members, who serve six-year terms, are appointed by the governor and confirmed by the state Senate. The board is in charge of authorizing charter schools and setting regulations for teacher certification, student assessments, special education, and school district boundaries. Currently, it still has to set up some regulations needed to implement Delaware’s ESSA plan, said Johnson. It’s unclear which group of policymakers would take over the board’s responsibilities should lawmakers go forward with the cuts.

While board members receive a stipend of $100 per meeting and travel reimbursement, the bulk of the board’s budget goes to support staff positions and equipment.

Critics of the cuts say eliminating the board would limit residents’ ability to weigh in on education policy issues. For example, the public would likely not get an opportunity to hear an annual report from leaders of the state’s low-performing schools, said Atnre Alleyne, founding executive director of DelawareCAN, the state’s branch of the reform-oriented advocacy group 50CAN.

But the board has been the subject of scrutiny over the past few months as it underwent a review by the Joint Legislative Oversight and Sunset Committee, which considered abolishing the body altogether.

At the time, lawmakers charged that board meetings were too difficult for families who did not live near the state capitol to attend and that board members were too informal about determining public positions on proposed legislation. In the end, the committee kept the board in place but made recommendations to improve its performance.

“I have been very public in my concerns about the State Board of Education and wanting to see it perhaps go away,” Rep. Jeff Spiegelman, a Republican who sits on the committee, told The 74. “They have done a very good job over the last couple of weeks getting better. Still, I’m not sure the organization itself isn’t superfluous.”

Meanwhile, Johnson said she hopes lawmakers will pass legislation to bring more money into the state to restore many of the proposed cuts, including the board.

“Without having revenue package from the General Assembly, the cuts would be very painful,” she said.

This Week’s ESSA News: How California Is Rethinking School Accountability During the Pandemic, What Schools and Districts Must Report After Receiving CARES Funds & More