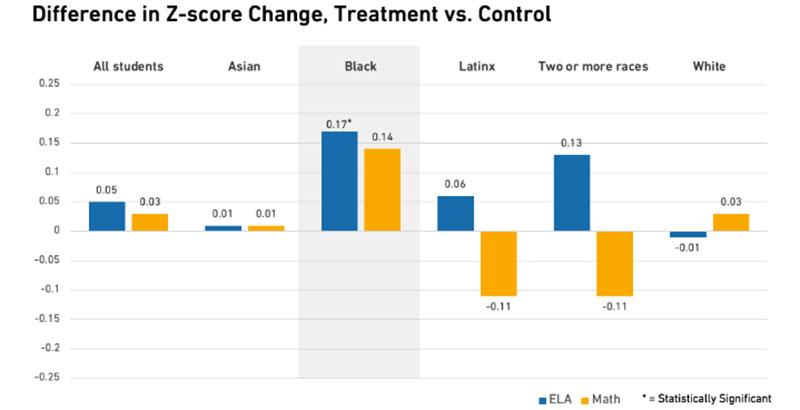 What if a piece of mail could change a student’s academic trajectory?

Nothing in education is quite so simple, of course. But what if there were relatively straightforward ways that schools, districts and states could recognize and celebrate student success — strategies that could have a meaningful impact on students’ outcomes?

There are, and districts and states should start doing them right away.

We started considering these questions at EdNavigator after noticing a disturbing trend through our work with families over the past five years: Many students from low-income and minority families begin kindergarten well prepared and thrive for many years, rising to the top performance levels in their schools, districts and states. But over time, too many of them slip from that lofty trajectory. Their academic performance goes from outstanding to merely good or even mediocre — and often, no one even seems to notice. It is a heartbreaking pattern with real educational and economic consequences.

There are undoubtedly many causes underlying this pattern of academic slippage, among them less access to rigorous educational experiences inside and outside school. But we also hypothesized that one reason could be something as simple as parents, teachers and even students themselves not being fully aware of how well they were doing. Maybe simply recognizing talented students and helping others become aware of their accomplishments could make them more likely to be challenged, to seek out learning opportunities or to raise their expectations for themselves.

We wanted to find out if there was a way to disrupt this pattern for individual students — right now, and at relatively low cost. So we partnered with the Louisiana Department of Education to test one possible strategy.

In what we called the Honors Packet Experiment, schools across four Louisiana districts were grouped into either treatment or control groups. In treatment group schools, students who scored in the highest category on the state’s annual standardized test, the Louisiana Educational Assessment Program, received an unexpected packet in the mail celebrating their achievement. Each contained a congratulatory letter from the state superintendent, a letter to the student’s current teacher, a certificate of achievement, a list of ideas for how parents can encourage continued academic success and a $10 gift card. In control group schools, students did not receive a packet.

After the following year’s test, we compared outcomes between recipients and nonrecipients to see if the packets seemed to have any bearing on students’ subsequent achievement. Last week, we shared the results.

Among students overall, we didn’t see any major impact from the packets; on average, those who received one performed quite similarly the following year compared with students who did not receive one. But when we looked at subgroups, we began to see differences. In particular, black students who received the packets outperformed those who did not; in English language arts, those results were statistically significant. Although translating effect size into plain terms is difficult, we estimate that it is equivalent to approximately two additional months of student learning — a meaningful outcome for a historically underserved group that represents more than 40 percent of Louisiana’s public school students, at a cost of less than $30 per packet.

We can’t draw sweeping conclusions from one experiment. Clearly, much follow-up is needed. What we can say with certainty, though, is that more interventions like this are worth trying. For us, the bottom line is this: It doesn’t take much to recognize student success. Districts and states could do the bare minimum, in fact, and potentially see some real impact, particularly for students who have been historically sidelined by our education system. That means something in real terms for students and families.

So while we all press on with finding solutions to our most complex education challenges — from how to pay teachers more to how to improve the quality of instruction in our classrooms — we believe districts and states should also start doing more to recognize and celebrate student success. Interventions like these are a relatively small investment. And they’re worth making immediately.

Timothy Daly is a founding partner of EdNavigator, a nonprofit organization that helps hardworking families stay on track for success in school and beyond.

Timothy Daly is a founding partner of EdNavigator, a nonprofit organization that helps hardworking families stay on track for success in school and beyond.