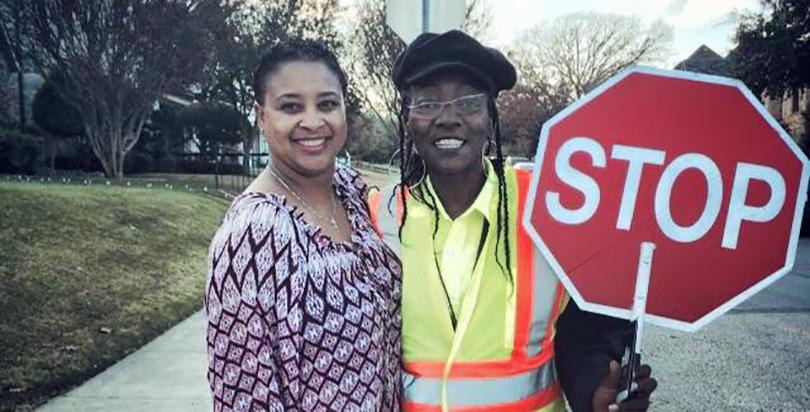 This article is one in a series at The Seventy Four which profiles the heroes, victories, success stories and random acts of kindness to be found at schools all across America. Read more of our recent inspiring coverage at The74million.org/series/inspiring.

She’s known to greet students with a smile and faithfully works her post rain or shine. So when parents learned that the mother of three, affectionately known as Ms. Marian, was in need of a kidney transplant, they stepped in to help.

We are so excited to welcome Ms. Marian back tomorrow! We have missed you!

A couple days before Thanksgiving, Friends of Lakewood, an organization run by 450 dads to support the elementary school, began raising money for Jones’ medical bills and living expenses.

Parents also have been taking turns driving Jones to her dialysis treatment three times a week, according to the station. Some are also getting tested to see if they could be a potential donor for Jones.

The dialysis appears to be working and good news came this past Tuesday when the school learned that Jones’ doctor gave her the all-clear to return to work.

She was expected to return to her crossing guard post the very next morning.

Friends of Lakewood is not done supporting Ms. Marian. After reaching their original fundraising goal, they set a new goal of $20,000. At press time, over $17,500 had been raised.