Dachille: Teachers Who Are Hired Early Bring Big Benefits to Schools and Students. 6 Strategies from Districts That Are Leading the Way 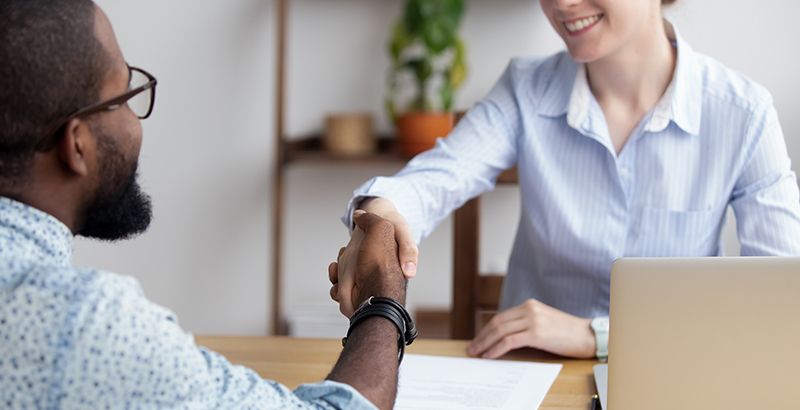 As this school year has gotten underway, most districts have understandably been focused on reopening plans. However, research out of the University of Minnesota is a great reminder that fall is a critical time for schools to focus their energy on something else, too: early hiring.

This past winter, a group of Minnesota researchers published a study of early hiring at Minneapolis Public Schools. The study — one of relatively few focused on this important topic in the 17 years since TNTP’s groundbreaking Missed Opportunities study — found that new teachers hired through the district’s early offer program improved the pool of candidates for high-needs schools and may be more effective than typical new teachers.

Beginning in 2014, under an agreement with the teachers union, the district began offering employment contracts in April or May to a limited number of high-scoring teacher applicants, rather than waiting until summer. They were placed in the district’s internal labor market to interview for open positions, and principals were allowed to consider them alongside incumbent teachers without having to hire by seniority. Approximately 25 percent of the district’s teacher applicants were offered these early contracts.

The study concluded that the early offer teachers were more likely to be chosen for interviews, ranked highly and offered positions than incumbent teachers, despite the fact that on average they were younger and less experienced. They were also more likely to apply and be hired into hard-to-staff schools and to fill English as a Second Language, bilingual and math positions. While the study only covered one or two years of teacher performance data, the early hires outperformed other new teachers on most measurable outcomes, though only student survey differences were statistically significant.

Although it may be too early to say for sure the extent to which early hires in the Minneapolis study will outperform their peers in the long term, other studies support the idea that early hires may be more effective. For example, a 2016 study found that, in mathematics in particular, teachers hired after the start of school tended to be less effective overall than those hired earlier in the year. The study also noted that late hiring disadvantaged low-income students and students of color, as those teachers were concentrated in high-needs schools.

Districts aiming to leverage early hiring this year don’t have to reinvent the wheel. In the last few years, leading districts and charters have begun to focus on early hiring. Here are some of their strategies:

High-performing charter school networks are the most prolific early hirers, posting their teacher jobs in early fall. KIPP, for example, began publicizing open positions for the 2021-22 school year the first week in October. Candidates apply to work in a certain region or subject area in the fall, without knowing the precise school vacancies that they will be considered for until later in the process.

Referrals and direct recruitment from teacher preparation and student teaching programs tend to be effective ways to generate earlier applications. Knowing that they are always seeking special education teachers, for example, the recruitment team at Atlanta Public Schools developed an early referral program that grants existing teachers a $500 bonus for special ed hires referred before May.

It’s also important to directly encourage candidates to apply as early as possible. D.C. Public Schools, for example, sets priority application deadlines throughout winter, each with its own incentives, like expedited screening and invitations to small-group receptions where early applicants can get face time with principals and district staff.

Once applicants are in the door, cultivation is key to ensuring they stay interested. Delaware’s Colonial School District starts extending job offers as early as January, but vacancies aren’t confirmed until May. To keep those new hires engaged, Colonial places some early hires in schools as long-term substitutes or building support staff throughout the spring. For others, the recruitment team has principals and highly effective teachers co-host mixers and information sessions with applicants.

Some principals put hiring off until after state exams in late spring. Districts like DC and Atlanta have created fall training programs for principals to encourage early hiring, and Atlanta formally recognize schools that make the most early hires each month.

Like Minneapolis, some districts that don’t necessarily know their full staffing needs until late spring make early offers to candidates and let them take part in the internal hiring process. Colonial allows new hires to sign as early as January; this program accounts for 15 percent to 20 percent of the district’s new teacher hires. Colonial also encourages employees who may be resigning or retiring to notify the district by deadlines in December and March, which helps administrators tally projected vacancies and assess staffing needs earlier in the year. Shelby County Schools in Tennessee had great success implementing a similar early notice program; its early hires typically rank high on their teacher evaluations.

Knowing that late hiring disadvantages students in high-needs schools, St. Louis Public Schools prioritizes these positions in its early hiring process. Priority schools gain exclusive access to the early talent pool and are allowed to hire three to five teachers as early as January, even without confirmed vacancies. A recruitment team also frees up principals’ time by taking on the administrative burden in screening early hires. Through this program, the district has been able to close the vacancy gap between high-needs schools and other schools on Day 1 of the academic year. DC Public Schools provides financial incentives for early offer candidates to teach in priority schools.

Improved hiring systems can give districts more accurate vacancy projections while identifying and processing high-potential applicants faster. California’s Stockton Unified School District employed several of the above strategies alongside data-driven hiring tools to go from having 100 vacancies at the start of school two years ago to being fully staffed by midsummer this year.

While K-12 talent teams have many priorities competing for their time, especially amid COVID, early hiring is an important lever for improving both student outcomes and equity across our schools.

Lauren Dachille is a former member of the human capital team at D.C. Public Schools and the founder and CEO of Nimble, a developer of user-friendly, data-driven software tools for K-12 hiring.

Lauren Dachille is a former member of the human capital team at D.C. Public Schools and the founder and CEO of Nimble, a developer of user-friendly, data-driven software tools for K-12 hiring.