Cynthia Tucker: Excellent Teachers, Like My Mom, Deserve Better Pay. No Matter What Their Unions Say 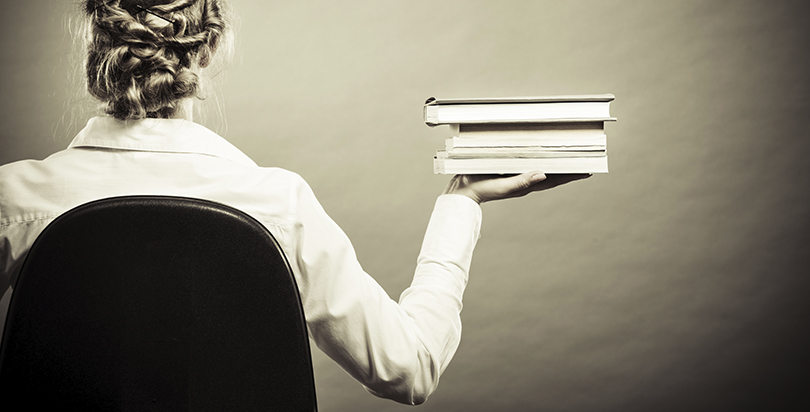 Looking back, I’ve always answered the oft-asked question quickly and easily: My mother. My mother was my favorite teacher, inside the classroom and out.
Outside the classroom, she was a bit demanding — limiting my television-watching time, sending me to my room to do my homework, handing me a college-bound reading list when I reached ninth-grade. But she also allowed me to opt out of washing after-dinner dishes if I chose to read a book, a tactic that greatly increased my chances of completing the reading list.
Inside the classroom, where she taught me 10th-grade English, she simply expected me to do my dead-level best. Indeed, she expected that of every student she taught over 40 years in middle school, high school and junior college classrooms, teaching English and history.
She always had a sheaf of papers in hand to grade, whether she was at the dentist’s office or the hair stylist’s. She didn’t rely on multiple-choice tests because she wanted her students to learn to write.
She labored to make Shakespeare accessible. She worked to help 10th-graders understand irony in O. Henry’s “Gift of the Magi.” She showed us humor in his “Ransom of Red Chief.”
In my admittedly biased judgment, she was an excellent instructor and deserved merit pay: A higher salary than those among her peers who weren’t as good. But she didn’t get it because her school district didn’t offer it.
Indeed, few public school districts do because the concept remains so controversial among teachers’ organizations. A fair system of merit pay, or a higher salary for superior work, would require protocols linking teacher pay to student performance. And that idea remains exceedingly — but needlessly — contentious.
With Race to the Top, President Obama constructed a creative package of incentives to encourage states to adopt teacher evaluations and pay-for-performance plans. While the president allowed states to create their own systems of evaluation, he envisioned that student performance would be part of the formula. (Many school districts reward teachers for additional training or advanced degrees, but few assess student performance as an ingredient in compensation plans.)
But teacher accountability now seems to be losing to the relentless campaign that teachers’ organizations have waged against it. It’s likely that the re-write of the No Child Left Behind law, now called the  Every Child Achieves Act, will loosen the federal strictures that encourage accountability plans that count student performance.
“We all must be wary of any system that creates a climate where students are viewed as part of the pay equation, rather than young people who deserve a high quality education that prepares them for their future,” National Education Association official Bill Raabe has said.
In fact, it’s irrational to disassociate the two. Since student learning should be the end product of teaching, why shouldn’t it be measured? The Affordable Care Act has broadened incentives to evaluate doctors and hospitals on patient outcomes, no matter how sick the patient was when he arrived. Should we expect less of teachers?
Indeed, most professions have procedures, usually through licensing and testing, to evaluate practitioners. The corporate world also regularly evaluates employees, with pay tied to performance. The evaluation systems are hardly perfect, but they are better than no evaluations at all. Why should teachers be exempted from those widely accepted procedures?
When the idea of merit pay began to percolate among education innovators decades ago, my mom resisted it herself. (Since my home state of Alabama never got around to a vigorous discussion of pay-for-performance, she and I were merely having academic conversations. But I supported merit pay for teachers even then.) Having spent several years teaching in segregated schools where Jim Crow ruled, she wasn’t sure her white superiors would assess black teachers fairly.
She may have been right about that. As it was, state law allowed school authorities to pay black teachers less than their white peers for doing exactly the same work, no matter their qualifications, through much of the 1960s.
But times, happily, have changed, and so have my mother’s views on teacher accountability.  Having mentored students in her retirement, she has observed the uneven nature of teacher quality. She’s conceded that teachers should be carefully chosen and continually assessed.
My mom wasn’t the only excellent teacher I had. My fifth-grade science teacher was top-notch, as was my ninth-grade algebra teacher. And I’m certain there are hundreds of thousands more just like them currently teaching. They make sure their students — no matter how deficient or learning-challenged they are —are better prepared when they leave their classrooms.
They deserve to earn more than their less-stellar peers. It’s too bad their advocates and unions stand in the way.
Submit a Letter to the Editor
August 2, 2015