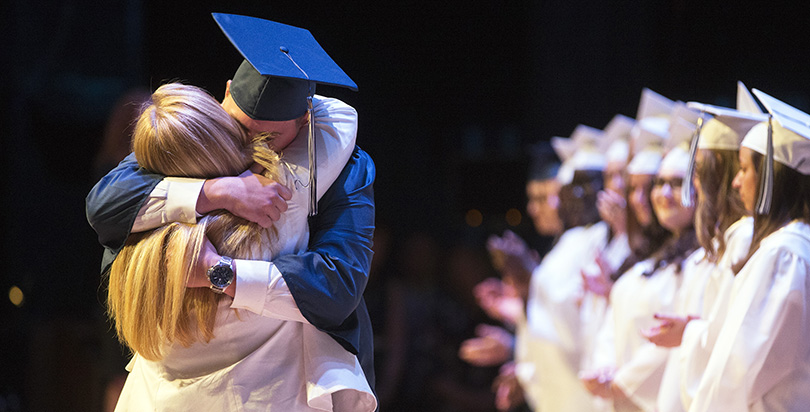 The news that support for public charter schools has dropped from 51 percent to 39 percent is a wake-up call for the school choice movement. We can continue to play defense and lose, or we can reframe the conversation around the issues that matter most: the rights of parents and the best interests of children.

School choice is a response to a bureaucratic and ineffective education system that is not evolving to meet the needs of America’s racially and economically diverse student population. By many different measures, traditional public schools are falling short.

Troublingly, 1 in 6 students don’t graduate from high school. Only about 1 in 3 who do graduate are ready for college. Few of the remaining students have marketable work skills upon graduation, while employers are hungry for workers who can think, communicate, analyze, and show up on time. In a global economy, few American students learn to speak foreign languages, which is standard education in most other developed countries.

Among the poorer students, all these numbers are worse. Less than 1 in 10 low-income kids earn a four-year college degree. About 30 percent don’t even finish high school, and those who do have few career choices. It’s no wonder low-income parents are desperate for better options.

The choice movement has grown steadily over the past 25 years by offering new and innovative approaches to teaching and learning. Like any movement, it is not perfect, but, at least in the urban areas, it is significantly better than the system it is replacing.

Today, the best charter schools are getting eye-popping results, narrowing or eliminating achievement gaps, boosting college enrollment and completion among low-income people of color, and increasing diversity in the teaching corps. They’re using technology in new and better ways to personalize learning and empower teachers to meet students where they are and enable them to learn at their own pace.

Not surprisingly, the system has struck back by shifting the conversation away from student outcomes and parent rights. Instead, officials focus on money, governance, selectivity, testing, segregation, discipline, management, jobs, and any other topic they can use to change the subject.

The poll results suggest that more and more people are starting to question the motives and merits of school choice. And, in truth, the choice movement has allowed enough bad actors into the space to validate their concerns.

As every homemaker knows, housecleaning is not an occasional activity when the dirt piles up. It’s an everyday task requiring vigilance and commitment to high standards. The more the choice community holds itself accountable, the more pressure it puts on the traditional system to do the same — the better for kids everywhere.

Another key finding of the poll is that opposition to using public money to buy private education through vouchers or tax credits is softening. Inner-city parents see uniformed kids marching off to Catholic schools each morning and wonder why their public schools don’t foster the same feelings of self-esteem and pride.

Black and Hispanic parents see high teacher turnover in their public schools and wonder why so few teachers are people of color. They see increasingly militant teachers unions threatening strikes and anti-tax politicians unwilling to fund schools adequately, and they want to remove these uncertainties from their lives. If they can find a way to enroll their child in a better school, they will leap at it.

No one can dispute the right of parents to choose their child’s school. Every day, privileged parents are making that choice by moving into a community with good schools, by choosing private schools, or by jockeying within the existing system to find the best fit for their kid. Poor parents deserve the same opportunity to choose.

Parents should be the face of the school choice movement. We spend a lot of time glorifying the innovative educators creating charter schools, but we should spend more time honoring the parents with the courage to buck the system. Their voices matter most. Without them, there is no choice movement.

Fundamentally, school choice is about freedom — one of America’s core values. No one should be trapped in a system that isn’t working for their kids.

With a new school year upon us, and a political climate that rewards bluster and blame over truth and common understanding, we need to bring the education conversation back to core principles. It begins with parent rights and it ends with student outcomes, and most of the other topics are secondary or irrelevant.