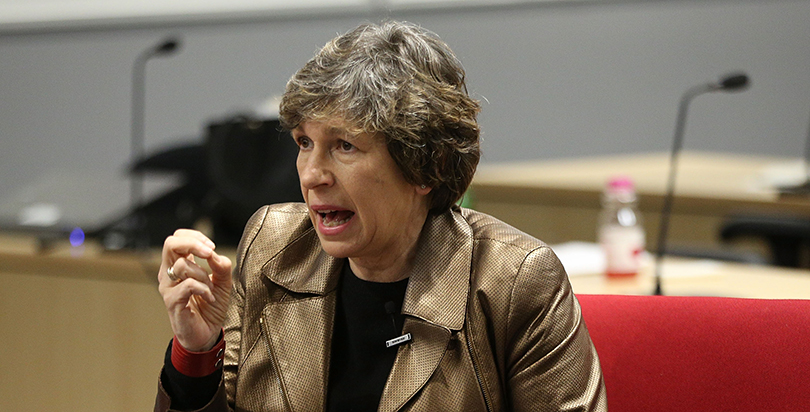 Updated July 24
One of the oldest tricks in politics is to project your own flaws onto your opponents. Teachers union leader Randi Weingarten put this age-old tactic to use in a speech to her members last week, accusing the school choice movement of one of the most enduring shortcomings of the traditional public school system: segregation.
No institution in America has done more to perpetuate segregation than public schools. Until 1954, segregated schools were legal in America and it was the standard practice in much of the South.

Less recognized, but equally pernicious, is the structural segregation all across America, where zoned school systems maintain racial and economic segregation. Some parents of color have been jailed for trying to enroll their children in schools where they don’t live.

Today, one of America’s most segregated school systems is in New York City, where Randi Weingarten once ran the teachers union. As a recent fight on the Upper West Side of Manhattan shows, even white progressive parents resist integration.

The roots of this institutional racism in the teaching field go back to the 1950s, when the Supreme Court ruled segregation illegal. Tens of thousands of Black teachers working in all-Black schools could not find work in integrated schools.

Teachers unions have done little to address this issue. Weingarten’s New York City local actually led a notorious fight against integration in 1968 in Ocean-Hill, Brownsville that triggered a 36-day teacher strike and made Albert Shanker a national hero.

The most absurd part of Weingarten’s speech was how she positioned teachers unions as the brave and intrepid “David” standing up to the “Goliath” of school privatization.

Teachers unions have more than 4 million members and collect billions of dollars of dues at the federal, state, and local levels each year to advance their political agenda. They hire lobbyists in every state and spend billions buying the support of influential political leaders.

They sit at the table deciding how America spends $600 billion each year on public education. They use their influence to protect their members’ jobs and benefits but do little to address inequities in per-pupil funding of low-income, Black, and brown children.

Unlike the union movement, the school choice movement is not run from an office building in Washington just steps from the U.S. Capitol. By definition, the choice movement is decentralized, uncoordinated, and organic. It’s the product of individual decisions of 10 million parents all across America who have opted out of the traditional public school system for personal reasons, whether it’s religion, safety, racism, or low quality.

It also includes thousands of public charter school educators who left traditional public schools to escape the stifling bureaucracy and create the kind of learning environments they always wanted. The best charters are eliminating achievement gaps.

Many of us in the “school reform” movement have worked long and hard to partner with teachers unions on a variety of strategies to improve public schools. In cities like Denver, Newark, and elsewhere, we have helped build partnerships among charter and traditional public school educators to share best practices.

We’re not anti-union or free market zealots. We just believe in the power of education to improve the lives of children, regardless of poverty, race, or background. We’re frustrated that the traditional public school system has been so resistant to needed change.

Like many politicians today, Randi Weingarten needs to fire up her base by manufacturing dissent, amplifying grievance, and ascribing ill motives to philanthropists and others who have invested their time and money to improve all public schools, including charters.

Her members, on the other hand, are mostly hardworking classroom teachers who are getting amazing results every day in schools all across America. They don’t pay much attention to union politics. Their voices, along with those of parents and students, matter most.