Cue the Yuletide Spirit: 13 Amazing Acts of Kindness We Saw In Schools During December 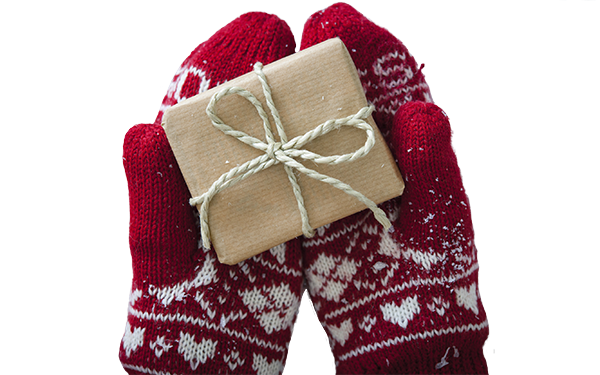 This article is one in a series at The Seventy Four which profiles the heroes, victories, success stories and random acts of kindness to be found at schools all across America. Read more of our recent inspiring coverage at The74million.org/series/inspiring.
December is a month of giving, and as nice as it is to receive gifts, many students, teachers and parents have found that true joy comes instead from giving to others.
This month, we learned about the Dallas parents rallying and raising money to help with their crossing guard’s health care, the Seattle school that opened its doors in a shopping mall in a bid to reach and assist high school dropouts, and the Topeka auto shop teacher who donated his car to a teen mom headed to college.
But that trio of stories is just scratching the surface. Here are 13 more doses of peace and goodwill that have flooded school hallways this month:
December 11: North Carolina grade school organizes Operation Santa Claus — This year’s “Operation Santa Claus” at WH Robinson Elementary School in Winterville was a towering success, accumulating 525 toys that will be distributed to nearby children in need. That’s a whole lot of extra Christmas cheer.  (Read more: WNCT)

We have some amazing kids in ENC! The students of W H Robinson Elementary collected more than 500 toys for children in…

December 4: Massachusetts middle school raises funds to construct well in Sudan — Furnace Brook Middle School began raising funds for the well in September 2014 in response to reading the book “A Long Walk to Water.” The school recently reached its goal of $15,000, and the money will be donated to Water for South Sudan’s well sponsorship program. (Read more: Marshfield Mariner)

In the future, a well in Sudan will bear the name of Furnace Brook Middle School. https://t.co/i1B9LmdhcP pic.twitter.com/Qheyj0fFZL

December 14: The Miami middle school that uses 81 murals to immerse students in art — Some of Miami’s finest art covers the walls of Jose de Diego Middle School. Located in the trendy Wynwood neighborhood, the school offers a magnet program for visual arts which allows students to be mentored by professional artists. The school recently put up new murals just in time for the world renowned Art Basel show. (Read more: NBC Miami)

December 7: The day 1,000 happy sticky notes appeared at a Pennsylvania middle school — About 1,000 messages were written on brightly colored sticky notes and then posted all around Waynesboro Area Middle School. The act of kindness was performed by the school’s chapter of the Leo Club, a youth program of Lions Club International. (Read more: The Record Herald)
December 9: Non-Muslim students in Illinois wear hijab in solidarity with Muslim classmates — Members of Vernon Hills High School’s Muslim Student Association showed students how to wear the headdress. Dubbed "Walk a Mile in Her Hijab,” the event allowed Muslim female students to demystify an important aspect of their faith. (Read more: Daily Herald)

November 30: California businessman replaces bikes stolen from middle school — When grocery store owner Erich Littschwager  learned that twenty-six mountain bikes worth $9,000 were stolen from Visitacion Valley Middle School in San Francisco, he stepped in to replace them. The bikes are used in the school’s physical education classes. (Read more: CBS San Francisco)
December 3: New York middle school students organize ‘Peace Parade’ to end local violence — After six shootings occurred in the Syracuse area over the course of just three days, students at Danforth Middle School felt the need to speak out. They braved the cold and rain to march in a peace parade, which featured speeches from Mayor Stephanie Miner and other community leaders. (Read more: WAER)

Posted by City of Syracuse – Office of the Mayor on Monday, December 7, 2015

December 11: Ohio community builds home ramp for disabled student —  When eighth grader Elena Shoemaker was absent from Logan-Hocking Middle School for several days, the attendance officer learned that she had broken a leg. Despite being 95% wheelchair-bound, she wasn’t eligible for funding for a ramp at her home. So they local community came together and built one in five hours in just one day. (Read more: The Logan Daily News)
December 4: Texas 8th grader saves bus driver during medical emergency — When Deerpark Middle School student Courtney Garcia noticed that her bus driver had become unresponsive, she jumped into action, calling for help using the bus’s the two-way radio. She also helped calm down younger students who had begun to panic. Garcia plans to be a nurse or a pediatrician one day. (Read more: KEYE)

December 1: New York high school opens a ‘Teen Closet’ to help low income students with basic needs — A ribbon cutting ceremony was held to celebrate the opening of the new “Teen Closet” at Poughkeepsie High School. Initiated by teachers Jennifer Burke and Demetra Kapogiannis, the closet will offer free goods such as personal hygiene items, socks, and underwear to students in need. 86% of students in the district are economically disadvantaged, according to state data. (Read more: Poughkeepsie Journal)
December 14: Oklahoma teens go on shopping spree to help less fortunate kids — Teens from Grove High School’s Interact Club went on a shopping spree. But instead of maxing out their parents’ credit cards, they went shopping for a good cause – Christmas presents for fifty kids in need. The club raised $2,000 on their own and the local rotary club donated an additional $1,000 to the project. (Read more: FourStatesHomepage.com)
December 13 – Minnesota high school student’s senior project? Miles of new bike trails in the heart of a nature preserve — When Tim Koehler, senior at Minnesota New Country School was deciding what to do for his senior project, he thought about the lack of local mountain biking trails in his area. He proposed the creation of trails to be built for Ney Nature Center, a nearby 446-acre nature preserve. The Le Sueur County board has tentatively approved the project, adding $25,000 to its staffing budget to assist with the project. (Read more: Mankato Free Press)
December 14: Colorado middle school showcases autistic student’s dinosaur art — There’s a special hallway in Eaton Middle School where the school’s accolades are on full display. A case packed with athletic awards sits next to another one with academic awards. Thanks to principal Jim Orth, the hallway now features the dinosaur art of Cameron Spahn, a mainstreamed autistic student who also runs cross country — when he’s not painting prehistoric visions. (Read more: The Tribune)
Submit a Letter to the Editor
December 16, 2015