Crusey & Ruszkowski: Litmus Tests From Left & Right Are Standing in the Way of Education Reform’s Promise for Children and Families 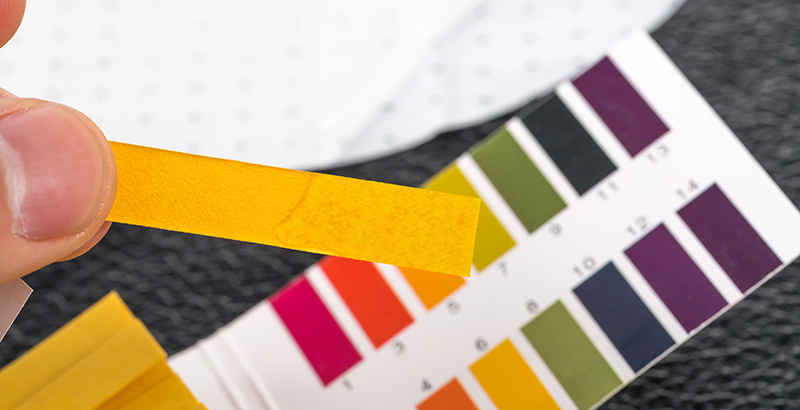 The education reform movement continues to evolve, sometimes for the better, sometimes for the worse. Because movements are fundamentally about responding to and creating positive change, that’s a good thing, even if we sometimes find ourselves in a defensive position. Change within our sector is healthy — particularly when it allows deeply held shared principles to assume new forms.

Blame for any real or perceived regression in the movement spans the spectrum. Late last month, Rick Hess, one of our sector’s most prolific thought leaders, drew from recent research and experience to call out education reformers for applying litmus tests to our work. Hess argued that these litmus tests are alienating current and potential allies in the work of improving public schools. The piece got people’s attention, including ours.

As we reflect and move forward, let’s continue to put students at the center of the agenda. Collectively, we now have multiple generations of education reformers (most of whom are current or former teachers) and an expansive set of education reform organizations. Will we capitalize on learning to get stronger, or will we fall victim to fragmentation? Will we allow members of our coalition to evolve and take action on parallel issues without casting them away? Those who block access to our broad tent risk being less effective at achieving tangible goals, and those who bemoan a shrinking tent risk turning it into a self-fulfilling prophecy.

If anything, this feels like a time for persuasion in the proverbial town square, where we should each be willing to revisit deeply held beliefs, make space for our differences and variety of lived experiences, and acknowledge that no political affiliation has a monopoly on the truth when it comes to improving our nation’s public schools.

For example, standing with Dreamers (a.k.a. our students) is now a part of the education reform movement and a litmus test that everyone working in education should embrace, regardless of ideology. We can stand with our young scholars while still having an open dialogue about immigration issues and trying to address them. We’re certainly not experts on immigration policy in the same way that we have moral authority on education policy — and we’re willing to learn more from those who are.

Concurrently, standing with social entrepreneurs who provide better and more innovative school options for families presents another important litmus test for our movement. Choice is fundamental to our movement, and to our country. That belief threshold likely alienates some who love their job security, well-resourced district or private school, as well as those who resist anything that threatens local control.

So, litmus tests aren’t inherently a bad thing. They work when they strengthen core principles, and they don’t work when they conflict with them. Those who have recently opposed policies such as higher pay for teachers in high-needs schools, removing low-performing teachers from classrooms, regulating public charter school markets that are underperforming, providing resources that could help improve facilities or helping a child feel safe in their own identity may have forgotten along the way whom we are here to serve.

In each of those cases, litmus tests helped clarify where we stand as a movement.

Meanwhile, each day, outstanding educators and school leaders around the country are doing incredible instructional work to draw out the genius of their students so they are on their best path to excellence in school and life. They deserve our continued support — in word, deed and resource. We should all be drawing upon lessons from excellent schools and systems and bringing those best practices to scale. In short, we should find out what’s working, and do more of it.

We are both former teachers who believe deeply in the power of knowledge and the potential of each child. We have leadership experience in a variety of edu-political and policy roles across the country, and we collaborate, on a daily basis, with Democrats, independents and Republicans on issues of importance for our students. We stand ready and willing to continue doing so — as do thousands of others we know.

The education reform movement can be reignited into its next chapter by all of us continuing to visit schools, classrooms and on-the-ground organizations that have established a strong track record or proof-of-concept from which we all can learn. We encourage our colleagues to “get proximate,” go “bottom-up,” “go local” or “get away from the swamp” — whichever adage you prefer — and resist the temptation toward infighting.

The only way we’ll sustain momentum for children is to be open to new ideas, stay committed to the core principles that brought us to this work and remain deeply connected to the day-to-day lives of America’s students and families.

If you don’t, you won’t pass our litmus test.

Lea M. Crusey is founder and CEO of Allies for Educational Equity, a national nonpartisan political action committee. She started her career as a classroom educator through Teach for America and has served at the U.S. Department of Education, Democrats for Education Reform and StudentsFirst.

Christopher Ruszkowski is a former middle school social studies teacher who is a member Chiefs for Change and serves on the State Advisory Council at Results for America. He formerly served as New Mexico secretary of education.

Christopher Ruszkowski is a former middle school social studies teacher who is a member Chiefs for Change and serves on the State Advisory Council at Results for America. He formerly served as New Mexico secretary of education.