Crusey & Nikkila: Winners in Tuesday’s Election Give Hope That the Pursuit of Equity and Excellence in Education Can Still Succeed 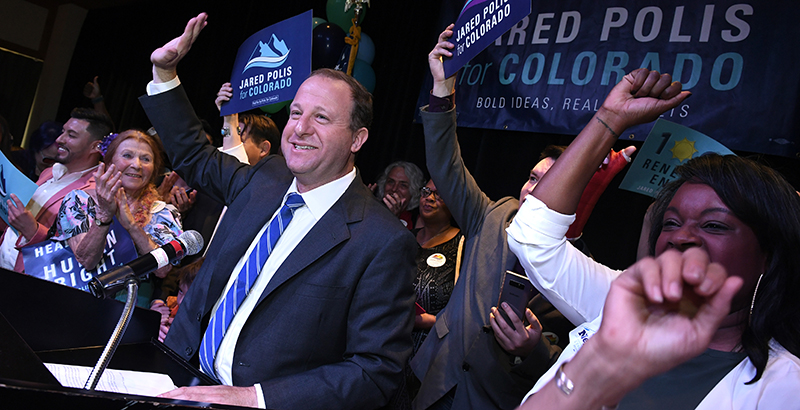 In a time of historic division across the nation, Tuesday’s midterm elections managed to — just barely — satisfy everyone, leaving enough uncertainty to keep the talking heads, well, talking.

In the politics and policy of education reform, reading the tea leaves of what comes next requires looking beyond the headlines to candidates whose races may not have garnered national headlines but whose leadership will determine funding and policy changes over the coming months and years. And it just so happens that pragmatists on both sides won across the country, renewing our optimism that the pursuit of equity and excellence in education across the country has a fighting chance.

The fact is, legislation to advance student-centered, teacher-friendly education policies will continue to need bipartisan support to pass (even if only Minnesota will have a divided legislature next session). Knowing that, our organizations, Allies for Educational Equity and 50CAN Action Fund, supported candidates from both major parties in elections around the country, giving us a firsthand view of some of the leaders who will continue to fight for great schools (Allies for Educational Equity-supported candidates had an impressive 69 percent win rate Tuesday). Here are a few standouts from these races, all sharing a consistent commitment to improving public education, often requiring them to work with the other side of the aisle:

● In Texas, Teach For America alumnus James Talarico has turned the House District 52 from red to blue. During the campaign, one voter, a public school teacher, complimented Talarico’s pragmatism: “Compromise is a nasty word right now if you’re a politician, so I am glad he wants to change that.”

● In Colorado, Democrat — and education reformer — Jared Polis won first a tough primary, then the general election, to become the nation’s first out LGBTQ governor. On that same ballot, Jessie Danielson won her state Senate bid after demonstrating thoughtful leadership while in the Colorado House, including voting for charter school funding. The Washington Post featured her race as one to watch and one of the most competitive in the state this election cycle.

● In Rhode Island, both Gov. Gina Raimondo and Lt. Gov Dan McKee are pragmatic Democrats who won re-election at time when such a position seemed unfavorable politically. McKee withstood a well-funded and popular primary opponent who attacked him repeatedly for his leadership in creating quality school choice options by helping to launch and develop the Rhode Island Mayoral Academies, a charter school network.

● In North Carolina, state Rep. Jon Hardister is a rising star — though he’s just 36, he’s already the House majority whip. Hardister is a Republican pragmatist and education reform advocate from a suburban area who has been known to collaborate across the aisle.

● Nearby, in Tennessee, Republican state Sen. Brian Kelsey, a consistent leader in education policy fights in the state Capitol, held his seat despite the blue wave in suburban districts nationwide.

As we recover from campaign season and look to next year’s legislative session, advocates and elected leaders alike should know that the need to strengthen the teaching profession and improve schools is more necessary than ever — and that public opinion supports policies that enable such reforms. According to recent polling:

● 68 percent of the public believes students should continue to be tested in reading and math;

● 65 percent of voters agree that ensuring parents have a variety of school options for their kids is a very important priority.

For decades to come, politicians will win and lose elections based on unrelated national trends. Initiatives will continue to pass or fail, because the devil is always in the details. As evidenced by the indicators such as public opinion polls and the continued growth of charter school enrollment, those impact by policymaking are clearly supportive of reforms. From Tuesday’s election, we see that policymakers are prepared to lead, even when challenged on the campaign trail or by party politics. We encourage our peers in advocacy to carry forward, supporting leaders doing right by children and opening dialogue with those who aren’t yet familiar with the research backing the real-life impact of education reform.

Lastly, remember this piece in two years, after the next election, which will be hailed as the most important we have ever had. Just like the last one.

Lea M. Crusey is the founder and CEO of Allies for Educational Equity, a national nonpartisan political action committee. Jonathan Nikkila is vice president of public affairs for 50CAN.

Jonathan Nikkila is vice president of public affairs for 50CAN.