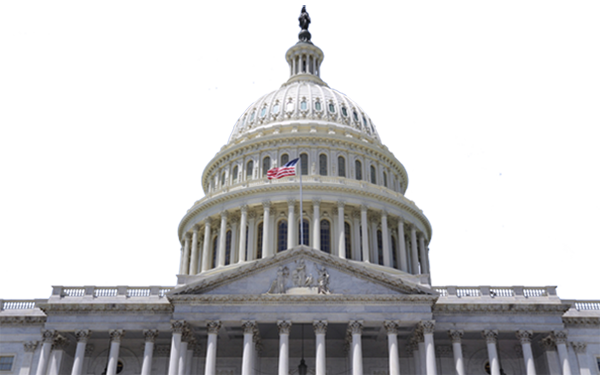 There’s been plenty of speculation about what Donald Trump plans to do in office, but perhaps the only certainty is his pledge to undo many policies enacted by the Obama administration. In education, many rules that have been the subject of partisan bickering, like those issued under the Every Student Succeeds Act, could be abolished through a little-used law called the Congressional Review Act.
The law, passed in 1996, allows Congress to block implementation of rules proposed by executive agencies. It also sets an expedited legislative path, mandating a timeline for consideration in what can be a slow-moving Senate and requiring only a simple majority rather than the usual 60 votes needed to block a filibuster.
“We do have tools at our disposal to eliminate regulations we think are odious,” David Cleary, a top aide to Senate education committee chairman Lamar Alexander, said Monday at an event held by the Education Writers Association. “The Obama administration is kind of a happy hunting ground of regulations that deserve review by Congress.”
Republicans tried to use the law last year to block union election rules issued by the National Labor Relations Board, and Alexander has mentioned the law in the past as a way to block Department of Education regulations.
(The 74 Interview: Sen. Lamar Alexander)
Legislators must start the Congressional Review Act process within 60 legislative days of a rule’s introduction. With a new session beginning in 2017, all regulations introduced in the last 60 legislative days of the current Congress will be treated as if they were introduced on the 15th legislative day of the new Congress, giving Republicans more time to consider rules around other issues, such as Obamacare and immigration.
Congress was out of session for much of 2016 — all of August and October and two weeks in July for campaigns and party conventions. As a result, Congressional Research Service staff calculated May 16, 2016, as the date after which rules could be open to expedited Congressional Review Act consideration.
That date could change slightly if Congress deviates from its planned schedule for the remainder of the year. Regardless, all rules not yet finalized under ESSA could be up for review — notably, the “supplement not supplant” spending regulations and those governing state school accountability systems.
(The 74: Criticism From GOP, Concerns From Dems on ‘Supplement Not Supplant’ ESSA Funding Rule)
For example, new rules on teacher preparation programs, which seek to tie the programs’ eligibility for federal aid to the test scores of program graduates’ students, have been widely unpopular with both Republicans and unions. The final version was released October 12, putting the rules within the window for review.
Because the law requires a president to overturn decisions made within the executive branch — presumably by that president’s appointees — it is generally used only in situations like this one, when a newly installed president and Congress of one party want to overturn rules issued by the opposing party.
The only time it has been used successfully was in 2001, when Congress passed, and President George W. Bush signed, a disapproval resolution blocking a Clinton administration regulation on ergonomics.
The law can also be used to block rules issued before the 60-day time limit, but the fast-track procedures in the Senate would no longer apply, meaning they’d be subject to filibusters and other delaying tactics. A more likely option for these older rules would be riders on appropriations bills that would bar the department from spending any money to enforce them.
Rules issued by the department’s Office of Civil Rights have been the most maligned by Republicans — and some of those, such as regulations on how colleges should adjudicate allegations of sexual assault, were issued as “Dear Colleague” guidance documents that don’t carry the force of law. For these, the Trump administration could just stop enforcement without congressional intervention. The most contentious OCR rule at the K-12 level, governing how schools accommodate transgender students, is before the Supreme Court.
Trump has also pledged to overturn many of President Obama’s executive actions. These could include White House initiatives on excellence in education for African Americans, Native Americans, historically black colleges and Hispanics. Obama also used an executive order to create the White House Council on Women and Girls, the lead agency on much of the administration’s work to combat campus sexual assault.
Submit a Letter to the Editor
November 15, 2016