Commentary: States May Not Make Huge Changes Under ESSA. But What Will They Do to Promote Equity and Opportunity for Poor and Minority Students?

By Martin Orland and James Cibulka and Kenneth Wong | February 5, 2018 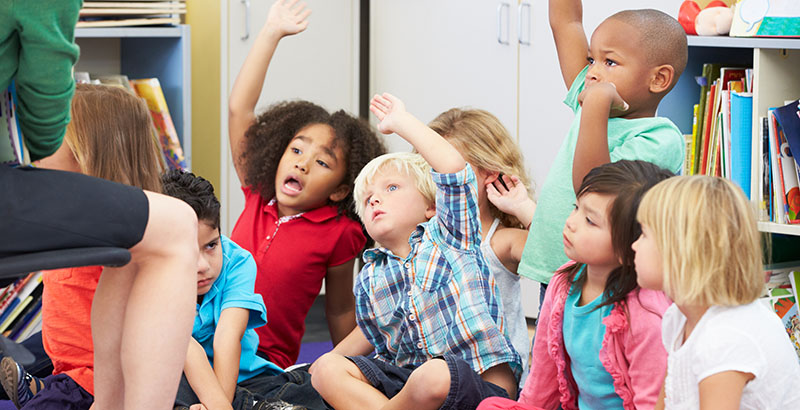 As the second year of the Trump administration begins, the education community and the media are keenly focused on the proposed $9.2 billion cut in the federal education budget. But while federal funding cuts have immediate consequences, a much deeper institutional change is occurring in the states’ implementation of the Every Student Succeeds Act, the newest reauthorization of the Elementary and Secondary Education Act of 1965. How will states exercise their significant new authority in implementing ESSA?

Proponents claim optimistically that new freedom from long-standing federal prescriptions will lead states and districts to innovate. They expect improvements in achievement for all students and a reduction in the nation’s wide achievement gaps.

Skeptics predict the opposite impacts flowing from ESSA’s historic reversal in the authority and rules governing federal/state relations in education. Reduced federal protections, they fear, will result in fewer services and supports for poor and minority students. ESSA could harm the nation’s most academically needy students, worsening America’s already unacceptable achievement gaps.

Which argument has more merit? Or are both sides overestimating ESSA’s potential impacts? The answers to questions such as these will begin to emerge this year, the first under the new ESSA accountability provisions.

Understanding the political dynamics that shaped the ESSA reauthorization is an important starting point for addressing these questions. Federal influence on education policymaking witnessed unprecedented expansions with No Child Left Behind in 2002 — the previous iteration of ESEA — and, later, the Obama administration’s Race to the Top and Education Flexibility Waivers programs.

The result was that states and school districts felt increasing pressure to align their policies and practices with federal expectations in nearly all areas of educational governance, including standards for student learning, accountability and assessment systems, teacher and leader policies, and turnarounds of the lowest-performing schools. Despite the fact that the federal government has provided only about 10 percent of the revenues for elementary and secondary education, many practitioners and policymakers worried that education’s junior partner was increasingly “taking over the firm.”

ESSA’s legislative framework turns back this centralizing trend in important ways. While not dismantling NCLB entirely, the law explicitly moves significant policymaking authority from the federal government to state education departments, containing outright prohibitions on federal policymaking in certain areas (e.g., requirements for teacher evaluation systems) and severely circumscribing federal prerogatives in others (e.g., approving only predefined models for improving the lowest-performing schools). Further, the Trump administration is likely to implement ESSA much less prescriptively than would have been the case under a Democratic administration.

Decades of research on intergovernmental relations in education and other policy areas offer some clues as to what is likely to happen and (just as important) not happen as a result of more decentralized policymaking under ESSA. First, although ESSA’s legislative framework suggests the potential for considerable change, major alterations to existing state policies should not be assumed. Over the past two decades, new state administrative units, elaborate regulatory and administrative support frameworks, and aligned external networks of contractors and advocacy organizations have all emerged to comply with federal policy directions. These institutional forces, combined with fiscal constraints and natural administrative tendencies toward the status quo, are likely to inhibit major state policy changes, especially in the short term, when the forces of stasis are strongest. America’s intergovernmental system of federalism acts as a strong brake on dramatic changes, so it’s important to not prematurely over- or underestimate ESSA’s policy impacts.

Second, the research suggests that states will not respond monolithically to ESSA’s changed framework. Over time, some can be expected to make major policy changes, some more modest ones, and others few, if any. Factors such as overall role orientation (i.e., a state’s historic influence over school district policies), core capacity, administrative leadership, and interest group dynamics will influence what individual states do. Each story will be different, and we can learn much by monitoring these varied responses closely, understanding the forces that shape them, and tracking the consequences of state actions, especially those that involve large-scale changes from past practice.

In terms of impacts on teaching and learning, it’s particularly important to pay attention to how ESSA will affect equitable service provision and improved academic performance for poor and minority students least well served by our current system. Here, as mentioned earlier, two opposing schools of thought generally prevail among education scholars and policymakers, each with some backing from theory and empirical evidence. The first considers strong federal protections to still be essential for ensuring equitable treatment for the disadvantaged and is skeptical that many states can secure adequate services for their most vulnerable populations without them. The second believes that states generally have both the political will and the technical capabilities to craft policies favoring the needs of the disadvantaged and that a less prescriptive federal role will only enhance their ability to do so.

Throughout its history, the major goal animating ESEA has been promotion of equal educational opportunity. As ESSA, the newest incarnation of the ESEA, now unfolds, we can’t yet say whether the optimists or pessimists will prove to be more accurate regarding the implications of a retrenched federal role for our most vulnerable populations. What we can say is that no single education policy question is more important. Because of its potential educational consequences for our nation’s youth, particularly poor and minority students, as well as the law’s implications for the future of American society, ESSA’s implementation deserves careful and ongoing study.

Martin Orland is a consultant and interim executive director of the Society for Research on Educational Effectiveness. He previously served as director of evaluation and policy research at WestEd.

James Cibulka is a former faculty member, dean, and founding president of the Council for the Accreditation of Educator Preparation.

Kenneth K. Wong is a professor and director of the Urban Education Policy Program at Brown University.

Martin Orland is a consultant and interim executive director of the Society for Research on Educational Effectiveness. He previously served as director of evaluation and policy research at WestEd.

James Cibulka is a former faculty member, dean, and founding president of the Council for the Accreditation of Educator Preparation.

Kenneth K. Wong is Walter and Leonore Professor of Education Policy at Brown University. He is a co-author of "Trump, the Administrative Presidency, and Federalism" (Brookings Institution Press, 2020).