Coggins: Politicians Have Been Backing Away From Education Reform. Now Philanthropists Are Too, New Analysis Finds 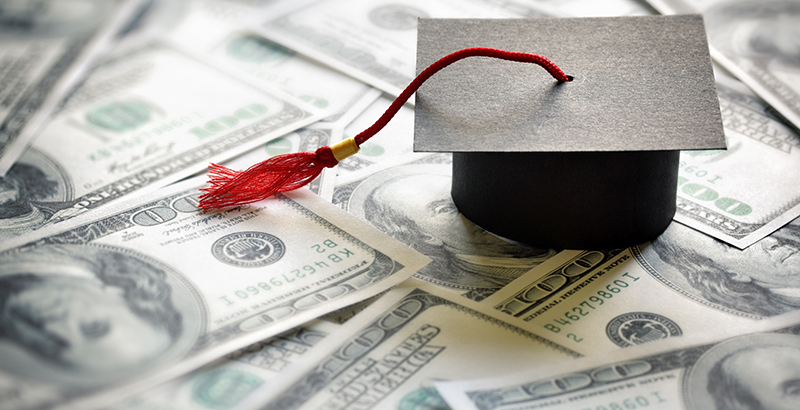 At the start of the 2018-19 school year, Louisiana Education Superintendent John White characterized politicians on both sides of the aisle and across all levels of government as politicians as “running from education … running from our elementary schools, middle schools and high schools.” Later in the fall, at election time, analysis by the American Enterprise Institute concluded much the same. The school reform issues that had dominated policy and political debate through the Bush-Obama era had fallen off the radar in the 2018 midterms.

A view into spending by federal and most state governments on education seems to reinforce the narrative that politicians have lost interest in K-12 education. As of the 2017-18 school year, a decade after the Great Recession, the majority of states are spending less than they did on education 10 years earlier. Tax revenue is up, but it is being allocated elsewhere. Of course, less funding for education doesn’t affect students equally: Only 12 states send more money to low-income districts than they do to high-income districts, and underfunded schools compound inequity for low-income students and students of color.

At a moment when government is investing less in education, many schools and districts will look to philanthropy for help. Yet, according to a new trend analysis from Grantmakers for Education, politicians aren’t the only ones turning away from education reform.

For many low-income students, schools and districts, philanthropy has mitigated a scarcity of public funding, serving as a means to leverage public dollars and stretch them further. Foundation grants, though not without their critics and share of mixed results, have played a role in strengthening schools, encouraging innovation and supporting countless individual students.

Trends in Education Philanthropy: Benchmarking 2018-19 shows that many in philanthropy, like politicians, appear to be making shifts away from the core education issues that defined the past decade or more.

Many of the issues that were top priority areas in philanthropy just three years ago have seen precipitous declines in funder interest. For example, teacher development captured more funder attention than any other issue in 2015, with 65 percent of respondents allocating resources in that area. By 2018, only 38 percent of funders were investing in teachers. Likewise, the percentage investing in standards and assessments dropped from 33 percent to 5 percent. Investment in turning around low-performing schools fell from 34 percent to 13 percent.

These were some of the core reforms that characterized the academic focus of the past decade. So what are the key areas of interest today?

● Efforts focused at the K-12 level are more conscious of emerging brain science that is helping educators better understand how a student’s life outside the classroom affects what happens inside. Top areas in which funders anticipate devoting greater resources include social and emotional learning, wraparound supports and community engagement. These topics also make the top 10 in terms of issues that funders believe will positively impact education in the coming years. It is noteworthy, though, that while there is optimism, the actual dollar amounts allocated to these issue areas are still low.

● Early learning, the stage from birth to age 5, is the area in which the largest share of funders anticipate growing their commitment. Over half of those surveyed, 58 percent, plan to increase their giving in early learning. However, early learning currently garners a very limited share of dollars.

● The most dramatic gains in terms of dollars committed and number of funders are in postsecondary education and workforce/career readiness. The share of funders operating in the postsecondary space grew by 12 percent since 2015, the largest jump in the survey. Postsecondary education and workforce/career readiness rank first and second, respectively, among all issue areas for the share of dollars survey respondents were currently allocating.

These findings raise important questions: What are the unspoken lessons of the past decade of school reform that have led to these sharp shifts? Is the conclusion that strategies of the past were insufficient or that they were wrong? If teacher development, standards and assessment are necessary, but not sufficient, elements of school improvement, should we be worried that the pendulum has swung too far away from them?

These are the questions that should guide our conversation now, to ensure we are not having another conversation about the abandoned strategies of this era in 10 years.

Celine Coggins is executive director of Grantmakers for Education and a lecturer at the Harvard Graduate School of Education.

Celine Coggins is executive director of Grantmakers for Education and a lecturer at the Harvard Graduate School of Education.