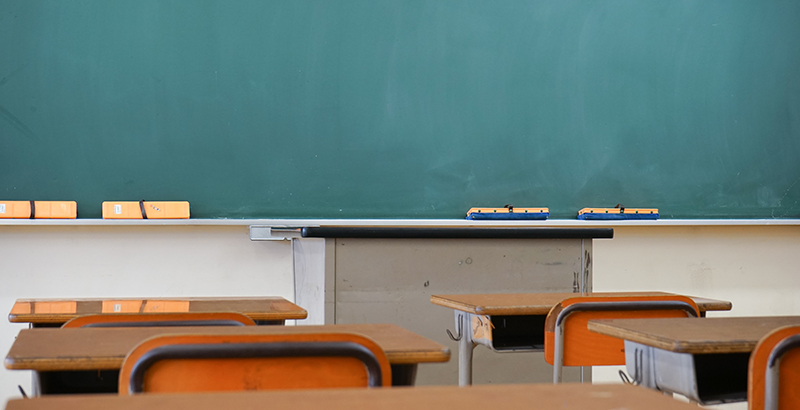 After the unspeakably horrific shooting in 2012 at Sandy Hook Elementary School, state education departments tried to prevent a similar tragedy by requiring that schools practice for active shooter scenarios. In the 2005-06 school year, according to a recent report from two national teachers unions and a gun safety group, “only 40 percent of American public schools drilled students on lockdown procedures in the event of a shooting; by the 2015-16 school year, 95 percent did.”

These mandates were intended to help schools avoid being caught unprepared. As schools now struggle to find their footing in the coronavirus-induced remote learning landscape, it is again time for state chiefs to act. The goal is straightforward: to support a thoughtful district-level planning process that ensures that effective teaching and learning can continue seamlessly when brick-and-mortar delivery systems are suspended or impaired.

This idea is not new. During the 2009-10 swine flu pandemic, the U.S. Department of Education released optional guidance urging districts to develop a continuity-of-learning plan. But judging by the confusion that has marked most schools’ transitions to remote learning during the current crisis, it seems few such plans actually existed at all and fewer still were implemented well.

To be sure, some districts and charter school networks have generated quality virtual learning approaches in remarkably short order. That is hardly the norm, however. The Center on Reinventing Public Education reports that just 27 percent of the districts it surveyed are providing quality instruction and 63 percent are providing no instruction at all. Of those districts that have stepped up, many are struggling to find innovative solutions that support a learning environment that offers more than digital workbooks. While trends are improving, there is no doubt that most districts across the country were not ready for what hit them.

This is a crisis not only in the present, as learning losses (and missed opportunities for learning gains) accumulate over the spring and summer, disproportionately affecting students who were already struggling to stay on pace. It is also a crisis that is all but guaranteed to continue well into the future.

Contrary to the perception advanced by some media commentators and elected officials, many schools will not reopen with the flick of a switch — off yesterday, on tomorrow. Rather, as districts form partnerships with public health authorities to implement testing and tracking protocols — for example, to provide extra protection to medically vulnerable educators and students or to ensure responsible distancing procedures for those who may have been exposed — schools should be prepared for staggered starts, the need to simultaneously offer both virtual and on-site teaching depending on the particular needs of students (e.g, those who are ill, have been exposed or are at greater risk of serious complications) and even, in the event of a second wave, another temporary suspension of building-based instruction altogether.

None of this can be predicted with certainty, including when traditional schools will reopen in various parts of the country. What is clear in this environment of uncertainty, however, is that it is the responsibility of policymakers and educators alike to ensure that a carefully designed, field-tested plan is in place to provide continuity of learning as the inevitable twists and turns of the crisis continue to unfold. Indeed, such planning could be useful in other, more familiar contexts, such as snow days or natural disasters.

While the particulars of every plan will differ in important, locally determined ways, an effective approach will be organized around three interrelated nodes: “plumbing,” content and operations.

Analysis: A Month In, Districts and Charters Make Progress on Online Instruction and Monitoring Student Progress, Lag in Grading and Attendance

By “plumbing,” we refer to the devices, internet connectivity and delivery platforms that enable teachers to engage students in simultaneously delivered (synchronous) learning activities, as well as to provide assignments and programming students would experience on their own schedule. When it comes to devices, districts are making rapid progress. The Philadelphia School District announced plans to buy between 40,000 and 50,000 devices. Chicago Public Schools recently purchased about 37,000 laptops, Chromebooks and iPads. And the increasing prevalence of smartphones is also rapidly closing the digital divide. But gaps unquestionably remain. An effective continuity-of-learning plan will have identified these gaps in advance and made provisions to fill them.

Devices without connectivity, however, are about as effective as a faucet without water. When it comes to ensuring universal access, many districts have a long distance yet to travel. Here, too, however, many are showing impressive creativity. In New Orleans, the district bought 5,000 wireless hotspots to distribute to students, while districts such as Texas’s Austin Independent School District parked Wi-Fi-enabled buses and encouraged students to log on from their family’s nearby car. Regardless of approach, districts must have a strategy in advance for how they will ensure internet access.

Beyond devices and connectivity, an effective district plan will have also selected — and tested — the platform on which school communities will interact. Among the critical questions that must be resolved well before the moment of need arises: 1) does the platform enable truly interactive learning, e.g., with breakout rooms, whiteboard capacity, polling, other means to check for understanding, and seamless transition to and from live classroom experiences to other digital content; 2) are security and privacy concerns satisfactorily addressed; and 3) can the platform pull data from the existing student information system to facilitate grouping students into classes and managing attendance? Above all, the platform needs to facilitate to the greatest extent possible those intangible qualities that make school a magical place: a sense of community, the opportunity to collaborate, and the special dynamic between student and teacher.

While effective “plumbing” is a necessary component of a comprehensive continuity-of-learning plan, the content that flows through that plumbing is its lifeblood. There are a host of offerings — from courseware to assessments linked to targeted lessons to virtual science labs, guided reading, group problem-solving exercises and more. With sufficient time for planning, districts and their curriculum departments are uniquely positioned to build, buy or integrate the mix of such materials that best meets their needs. However, such planning takes careful thought, research and time, not least because of the cumbersome nature of the typical district procurement process.

An effective continuity-of-learning plan should anticipate a host of operational issues as well. Schools function as more than just places of learning. Many children rely on them for meals, social services and more. Students with special needs, including those who are medically fragile, often have an especially profound reliance on the care and support traditionally provided in a school. As the current crisis has made apparent, designing appropriate strategies and interventions requires extensive pre-planning, a process that should occur well before the need arises.

How can state departments of education facilitate the district planning process? As two former state commissioners, we are aware of the burden that state mandates can impose on districts. At minimum, states should conduct a needs assessment and, on that basis, give districts a head start by providing guidance for developing a quality continuity-of-learning plan. But given the urgency of the issue, and the hard lessons we are learning in the current pandemic, states might want to consider going one step further, as they did after the Sandy Hook tragedy. A soft version of a mandate — ideally backed by a modest appropriation to support districts in developing and testing their plans — could require that every district generate such a plan reflecting the state’s general guidance and local context.

We cannot control a pandemic, but we can prepare for one. Many districts should be recognized for the heroic steps they are taking in response. Too many, however, find themselves scrambling to find effective ways to serve their students during this difficult time. State departments of education have an important role to play in ensuring that the lessons learned in the current crisis translate into a higher level of preparedness in the future.