Updated August 16
Neglect and arguably education malpractice have been the shameful hallmarks of public schooling for many Native American students so it’s no surprise that when the state of Arizona finally offered another option, the parents of those children rushed to embrace it.
In 2015, Native American families for the first time were allowed to tap into Arizona’s education savings account, state funds that parents can use to pay for private school tuition and other educational options.
“When I heard about the [new funding], I jumped at it,” said Tamelia Boyd, who used it to re-enroll her three high schoolers in St. Michael Indian School, a 100-year-old Catholic institution on the Navajo reservation that had become too expensive for the family. “That was a main factor in our decision to send them back.”
But in the strange bureaucracy that has governed Indian education in America since the 1800s, that door was not opened to all students living on tribal lands in Arizona. The children attending schools run by the Bureau of Indian Education, schools exclusively funded — and, for decades, wildly mismanaged — by the federal government were left out. The reason? The federal dollars that pay for their BIE schools can’t be diverted into parent-directed ESA accounts like the Arizona state dollars that follow their tribal neighbors.
State Sen. Carlyle Begay, a member of the Navajo nation and sponsor of the expanded ESA eligibility bill, said 100 families of students in BIE schools applied for the funding last year but had to be turned away. Begay himself attended a BIE boarding school as a kindergartener and remembers his parents having to bribe him with a toy rocket to get him to go.
Republican Sen. John McCain, who has represented Arizona in Congress for decades, in March introduced the Native American Education Opportunity Act to try and remedy the disparity that excludes BIE students.
The bill would allow students attending BIE schools in states with education savings accounts to use federal funds in ESAs. The BIE students would receive either 90 percent of their per-pupil BIE expenditure, or the same amount they’d get from the state, whichever is less.
“You cannot make an argument that the BIE schools have not failed. There’s study after study, story after story about the terrible conditions that exist in BIE schools,” McCain said in a recent interview with The 74. “There’s no measurement that would indicate that BIE schools are doing anything but failing.”
There are currently BIE schools in 23 states, most clustered in North and South Dakota, Arizona and New Mexico. All five states that offer education savings accounts — Tennessee, Florida, Mississippi, Nevada and Arizona — are home to at least one BIE school.
Although the idea seems pretty simple — give students at BIE schools the same opportunities available to their peers at state-funded schools — passing the bill is far from a done deal. McCain, long known for his reputation as a straight shooter, is candid about the chances of it passing by the end of the year: “I think it’s poor.” 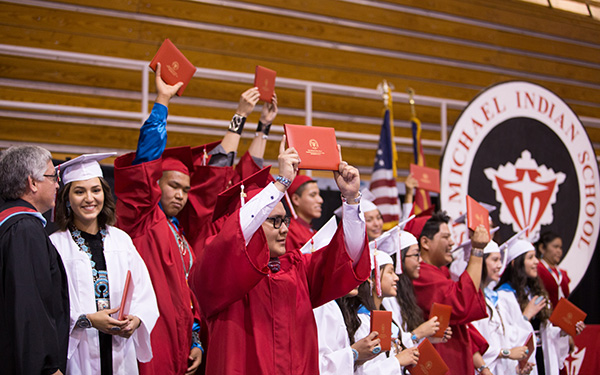 Even passing the original Arizona bill expanding eligibility to Native American students was tough; it squeaked through the state House by three votes, and only on the second attempt. Begay, the bill’s sponsor, switched parties from Democrat to Republican, in no small part because of his old party’s opposition. The American Federation for Children, an advocacy group that promotes vouchers and education savings accounts, has backed Begay’s efforts, and AFC founder Betsy DeVos and her husband Dick both donated to Begay's since-suspended campaign for U.S. House. 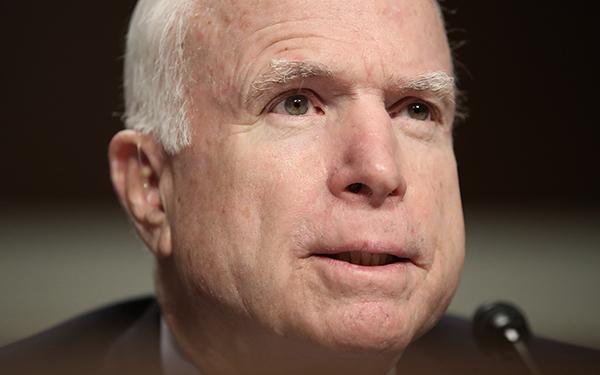