Career and Tech Ed for the Modern Age: 3 Things to Know About the New Federal Proposal 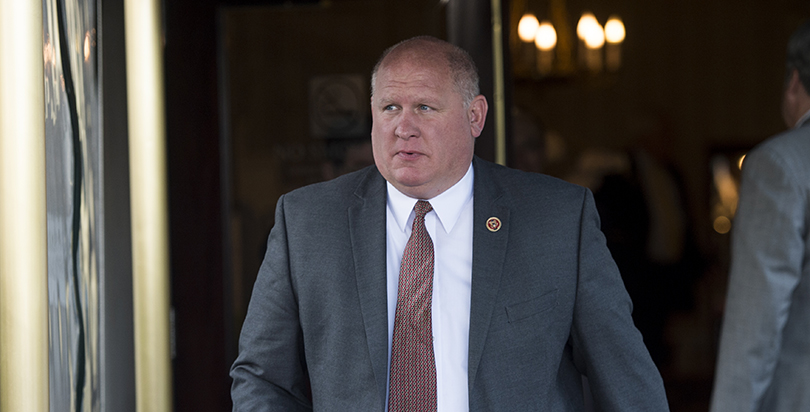 Updated Sept. 13
The education world’s attention has been focused this year on implementation of the Every Student Succeeds Act, but another important piece of education legislation, the federal law that supports career and technical education, is on the road to passage.
“We have an opportunity today to start treating career and technical education like a close cousin, instead of a distant relative, when it comes to all educational programs,” Rep. Glenn Thompson, Republican of Pennsylvania, the bill’s primary sponsor, said when a committee considered the legislation in July.
Here are three things to know about the Strengthening Career and Technical Education for the 21st Century Act that passed the House overwhelmingly Tuesday:

Workforce Alignment: A criticism commonly leveled at CTE programs is that they only prepare students for the “careers of the past,” continuing with offerings like carpentry or welding, instead of creating new programs in, say, advanced manufacturing or health sciences. The bill would require districts and states to consult with local employers when planning and setting goals for their CTE programs. It also promotes “work-based learning” for more on-the-job training and gives states greater flexibility to funnel additional dollars to training for particularly in-demand industries.

Easier Access to Dollars: Under the current law, states and districts each have to come up with detailed plans for what they’ll do with their federal grants. The bill would cut down on the application for states and also better align it with requirements under the Workforce Innovation and Opportunity Act, a 2014 bill that set new standards for federal job-training grants. Instead of submitting complicated plans, school districts will be able to fill out what the House education committee calls a “simple, easy-to-complete local application” to receive their dollars. And their reporting requirements will now align with the Every Student Succeeds Act.

The bill also increases (from 10 percent to 15 percent) the amount of dollars that states can use for students in rural areas or places with a high concentration of students studying CTE. In 2013–14, 7.5 million students took at least one CTE class, according to the Association for Career and Technical Education, citing federal statistics.

Federal Hands Off: Following in the footsteps of the Every Student Succeeds Act, the legislation would roll back the federal Education Department’s role in the programs. It would eliminate an existing requirement that states negotiate their performance targets with the feds, instead letting states develop improvement plans for programs that aren’t meeting benchmarks (as opposed to losing federal funding). And in keeping with ESSA, the bill is explicit in its prohibitions on the department mandating or incentivizing curriculum — including, the authors are clear to point out, the Common Core State Standards.

The law originated as the Carl D. Perkins Act (named for the Kentucky Democrat who served in the House for 35 years) and was originally passed in the early 1980s. The federal government gives out about $1.1 billion annually to high schools and colleges for career and technical education programs. The bill was last reauthorized a decade ago and was due again in 2012. Lawmakers from both parties and advocates from all camps widely agreed on the need to update it.

The bill passed the House 405-5 Tuesday afternoon. Republican leadership ran the bill under “suspension of the rules,” which allows it to move more quickly through the legislative process but requires the backing of two thirds of members. It’s an indication leadership is very confident the measure will pass.
The House Education and the Workforce Committee passed the bill out of committee unanimously in July, and it has the support of career and technical ed advocates, the country’s largest teachers union, superintendents, school boards and scores of business groups, including the Chamber of Commerce.
“The legislation will ultimately help fuel the talent pipeline and prepare workers for the high-skill, high-wage, high-demand careers of the 21st century,” the leaders of two CTE advocacy groups, Advance CTE and the Association for Career and Technical Education, said in a joint statement. “With this strong showing of support from the House, we urge the Senate to build upon this momentum by reauthorizing Perkins before the end of the year.”
In the Senate, the Health, Education, Labor and Pensions Committee is engaged in “positive bipartisan discussions” about reauthorizing the law, an aide to chairman Sen. Lamar Alexander, R-Tennessee, said. “Conversations are moving in a good direction, and the chairman hopes to act on legislation soon.”
The House consideration also follows a March speech by Education Secretary John King urging Congress to consider a reauthorization and laying out the administration’s priorities, some of which are included in the bill.
“Today’s CTE is about the future you can’t prepare for with just a textbook…. One thing is clear—it’s not your grandfather’s shop class,” King said.
There are limited legislative days left in the year, with Congress set to take next month off to campaign. If the bill doesn’t pass by the end of the year, when this Congress adjourns, leaders will have to start the legislative process over again when the new Congress convenes in January.
Submit a Letter to the Editor
September 12, 2016