Candidate Trump Talked Tough on Crime. Does That Signal an End to School Discipline Reform? 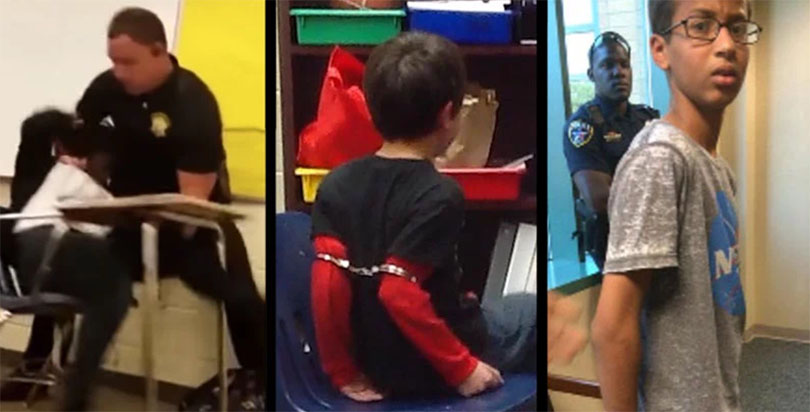 If President-elect Donald Trump sticks with his campaign rhetoric, America’s public education system could be in for some big changes. Sure, he didn’t say much about K-12 schools during the campaign — and his new transition website doesn’t offer many concrete answers either. Yet throughout his presidential run, Trump leaned heavily on a tough-on-crime message, a sentiment that could have profound effects on the way American schools address student discipline.

During his time in the White House, President Obama has focused sharply on reducing disparities in school discipline between white and minority students, cautioning that being overly punitive could push students into the so-called school-to-prison pipeline. Districts across the country have responded with approaches — like restorative justice — that reduce exclusionary practices.

During a speech in October, Trump surrogate Carl Paladino, a brash real estate tycoon who serves on the school board in Buffalo, N.Y., told a gathering of prominent urban education leaders that the U.S. Department of Education’s Office for Civil Rights, which investigates discrimination in schools, is “self-perpetuating absolute nonsense.” Overall, he said, Trump would make some “adjustments” to the Education Department.

Michael Petrilli, president of the Thomas B. Fordham Institute, said he doesn’t believe Trump would eliminate the Office for Civil Rights outright because he’d need support from Congress, and while the Republican majority may be conservative, “they’re not suicidal.” Still, he predicted big changes for the department’s civil rights division. Rescinding the Obama administration’s use of “disparate impact theory” in school discipline is likely among them, Petrilli predicted in a blog post Wednesday.

“I would make this prediction for any Republican candidate, that they would simply return to the traditional Republican position and policies for the Office for Civil Rights,” Petrilli told The 74. “I also do think, and I’ve always thought, this message around order in schools meshed very well with his focus on law and order when it came to crime.”

“To have already seen this overall reduction in this suspension rate is incredibly and immensely gratifying to me,” Catherine Lhamon, the department’s assistant secretary for civil rights, told reporters in announcing the new data. Since Obama took office, she said, her office has settled more than 650 cases involving racial disparities in school discipline.

In 2014, the Obama administration released guidelines calling on schools to rethink zero-tolerance policies and end racial disparities in school discipline. Recognizing that disparities in disciplinary rates may be caused by a range of factors, the U.S. Departments of Education and Justice said in a joint letter that these differences cannot be explained by more frequent or more serious behavior by students of color, but rather, “schools may be engaging in racial discrimination that violates the federal civil rights law.”

If Trump simply reversed the Obama administration’s messaging and reverted to Office for Civil Rights policies that were in place under President George W. Bush, school systems would see a big change, Petrilli said.

But Pedro Noguera, a professor at the University of California, Los Angeles, who has written extensively on race and education, wasn’t so quick to jump to conclusions. He called the president-elect a “total black box” because he has spoken so little about education; it remains unclear, he said, whether Trump was pandering to voters with his rhetoric or if his statements will actually manifest in policy.

Additionally, Noguera said, while the department has released reports on disparities in school discipline, many reforms have occurred at the state and local levels.

“My sense is that [Trump] is just going to take the federal government out of education,” Noguera said.

Contrary to arguments that high suspension and expulsion rates can increase school safety, a 2008 report from the American Psychological Association found that exclusionary discipline can actually have the opposite effect. In 2014, an Indiana University report found that while low-income students are disproportionately suspended and expelled, black students remain overrepresented in discipline rates even after accounting for poverty. The report noted that studies have been unable to show that students of color engage in more severe behavior than white students in the same schools that would warrant higher discipline rates.

And in 2015, a Michigan State University report found that the rise in suspension and expulsion rates in recent decades can be attributed to harsh responses to child behavior rather than to a desire to preserve school safety. In fact, the report found that Detroit schools most frequently suspended kids for truancy, meaning students who skipped school were punished by keeping them away from their classes for even longer.

Still, Petrilli said the Obama administration has been too quick to jump to conclusions, arguing that disparate disciplinary data would not necessarily indicate discrimination. He also said little evidence exists about whether reducing suspensions could reduce racial disparities without affecting classroom environments.

In an October article for the periodical Education Next, researchers Matthew Steinberg and Johanna Lacoe argued that current evidence is inconclusive on whether disproportionate discipline is actually the result of bias, and researchers have been unable to show how exclusionary discipline affects school climate or students’ future lives. The article also said that more research is needed to determine whether alternatives to exclusionary discipline will affect safety and student outcomes.

“We certainly know that disorder in the classroom has a negative impact on student achievement,” Petrilli said. “So I think the question is, are these reforms that are meant to curb suspensions, are they managing to do that without leading to greater disorder?”