Can This Tech Startup Change the Way Schools Get Financed? 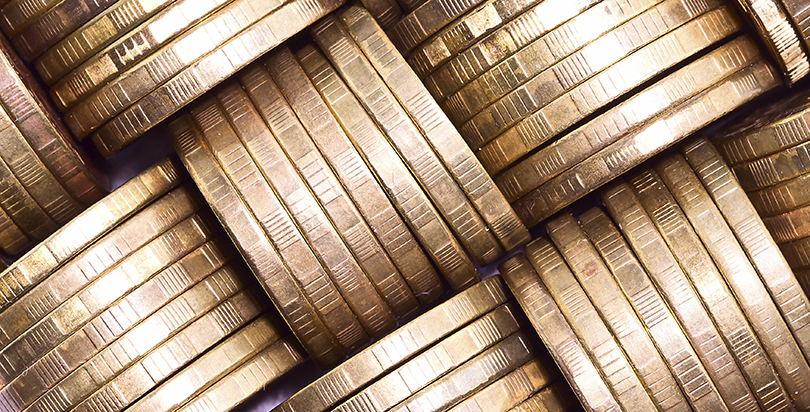 A tech startup wants to introduce the crowdfunding culture to the way American cities borrow money for municipal projects like building new schools — where people invest directly into the projects that improve their own communities.
Through an experiment with “microbonds” that support improvements to a San Francisco-area school district, the California-based company is reimagining traditional standards in the $3.7 trillion municipal bond industry.
A month ago, Neighborly sold California investors $500-a-piece microbonds — which were offered at a lower entry-point than traditional bonds and sought to reach a new niche of investors — to support upgrades to San Leandro Unified School District facilities, including an expansion to San Leandro High School classrooms and libraries to combat overcrowding. Unlike traditional bonds, project financing came from members of the community, not wealthy Wall Street stockbrokers.
“We asked users what types of projects they’d like to invest in if given a choice,” Neighborly Chief Product Officer Rodrigo Davies said. “Education is by far the area that people are most passionate about investing in, so it’s kind of a no-brainer that that should be the place to start for us.”
Similar projects could soon become a lot more common. Just a couple weeks ago, Neighborly announced it had raised $5.5 million, led by Joe Lonsdale at Formation 8 and matched by Ashton Kutcher (yes, the actor) at Sound Ventures.
School projects also happen to dominate the municipal bond market, according to a report from the National Association of Counties. Between 2003 and 2012, about a third of all municipal bonds issued went to financing school projects — more than hospitals, roads, airports or any other infrastructure purpose.
But often, Davies said, school districts might not have enough information to get the best deal.
For a blog post on the Neighborly website, the company analyzed the bills that 332 schools in California paid to issue bonds in 2014, including fees like underwriters, lawyers and financial advisors. In their analysis, they determined that schools often get a raw deal.
“Because there is very little price transparency on the costs for a bond, schools are not paying in a predictable way,” Davies said. “That shouldn’t be the case.”
Enter Neighborly

Traditionally, investors must cough up at least $5,000 to get into the municipal bond game — a convention that’s driven by the fixed costs associated with trading bonds. But this structure, Davies said, favors wealthy investors and leaves everybody else behind. That’s what Neighborly is trying to change.

In order to make the microbonds available to investors at $500 a pop, Neighborly bought the San Leandro bonds and formed a single-use limited liability company to own them. Then, they sold shares in the LLC at $500.

In their pitch for potential investors, Neighborly highlighted the effects the money would have on the school district and the community. And for those who invested, they’re getting 2 percent tax-free interest for one year — a return of about 3 or 4 percent when tax savings are considered. For municipalities, Neighborly offers free insight into the market, which could drive down issuance costs.

Generally, municipal bonds are sold to older, wealthy people over the phone. But in a survey of Neighborly users, the company found out their audience is different. The median respondent was in their early 30s and could invest $1,000.

Jim Scheinman, the founder and CEO of Maven Ventures who is a Neighborly funder, said he probably would have only bought one of Neighborly’s microbonds, but coincidentally he had a personal connection with the project. His wife, a mathematics teacher, got her first teaching job at a school in the San Leandro district.

“It’s great for the kids, so we invested a lot more than $500,” he said. “If you’re going to invest your money in an investment vehicle, doesn’t it make sense to improve your local school or something that impacts you?”

Only California residents who qualified as accredited investors were able to participate in the experiment because Neighborly was basically selling people stock in a company, which is considered a high-risk investment.

But Davies said the company doesn’t plan to work this way in the future. Because Neighborly is a broker, their goal is to work directly with issuers, such as a school district or their underwriter, and convince them to denominate the bonds at $500 at the start.

Last year, Denver offered $12 million in mini-bonds, each valued at $500, for improvements to the city’s cultural facilities and other projects. People were waiting in line for the mini-bonds when they went public, Davies said, and some had to be turned away because demand was so high.

“They were super popular,” Davies said. “For us, we want to go further and give people an interface where they can say ‘I’m interested in investing in this kind of project in my area,’ and they can find all of the opportunities that are coming up.”