Campbell Brown: Hidden in Plain Sight — Education and the 2016 Campaign 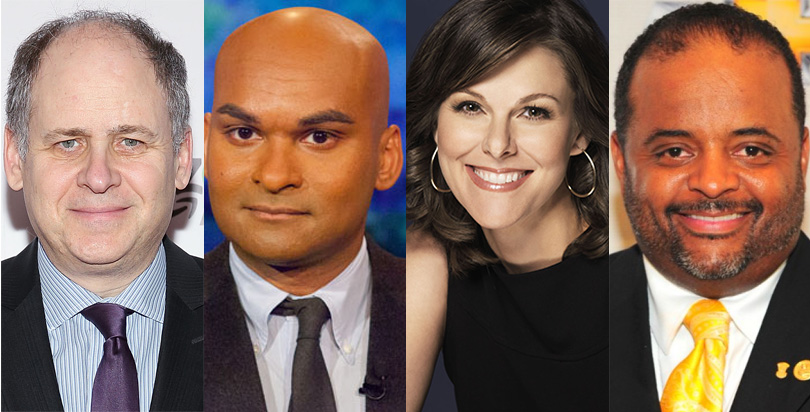 You may be able to run for president without ever talking about education — at least in 2016 — but our nation’s next leader will contend with public school issues that directly affect and reflect the divisions and hopes driving this campaign.
How do we prepare our next generation given our agonizing failure to educate black and brown children historically — and given the fact that America’s future prosperity depends on an unprecedented improvement in prospects for our young people?
In the coming years, who will power the movement to improve U.S. schools? Are reformers diverse enough to speak for America’s communities? Do those of us who want more and better challenge ourselves as vigorously as we challenge those who want more of the same?
Are unions losing support in trying to keep it? Are they alienating poor urban communities when they stand against charter schools and private school choice — even as parents demand more and better options for their children?
Finally, is the angry environment surrounding educational policy inevitable, particularly when voters and our leaders in Washington are so polarized? Is an uncompromising approach necessary to effect change? Should reformers push even harder? Or is there a way to get more for kids — and our country’s future prosperity — by compromising?
There were some of the questions raised at a fascinating panel I was privileged to moderate, “Politics + Education in the 2016 Election,” sponsored by the Walton Family Foundation at the SXSWedu Conference & Festival in Austin.  I was joined by TV and radio commentator Roland Martin; columnist, author and longtime-edwatcher Jonathan Alter; and Reihan Salam, the executive editor of National Review.
Martin, Alter, and Salam are living proof that a commitment to “school reform” can (and must) have many flavors. The tension between them is invigorating; I’m convinced that bringing together reformers with different ideas and priorities, but the same motivation — creating opportunities for kids — will lead to the best possible outcomes for students, communities, and America as a whole.
"This is the only issue where I step out of my role as a journalist to be an advocate because the stakes are too high"
Martin drew attention to the country’s changing demographics, emphasizing the difference between 30 years ago — when demographers first predicted that whites would one day become a minority in the United States — and, today, when that prediction is becoming real and our country is growing visibly more diverse.
“The only group that is not optimistic about the future of America is white folks,” he said. “When we talk about this fear about the future of America, that is what it’s about … The America these folks grew up knowing and the America their parents told them exists is not going to exist for their children.”
The people who should actually be angry, Martin argued, are African-American and Hispanic Americans, “because they are the ones left in public schools.”
Martin said black voices are a vital asset in the push for more high-quality educational options that are too often missing in urban communities. “Black folks and Latino folks trust those they know to present a message,” he explained.
Alter added that school reform as a whole was being hurt by the failure of educators and policy makers to close low-performing charters quickly, and by reformers’ readiness to attack teachers.
He said he also foresees a widening rift between teachers’ unions and African Americans related to organized labor’s wholesale opposition to charter schools.
“They have to go back and distinguish between high-performing charters that are crushing the competition and those charters that aren’t working,” he said.
Salam argued that Race to the Top and the Common Core had spurred “transpartisan” alliances opposing it — alliances between groups across the political spectrum who share views on a common problem or, in the case of the Common Core, “a common enemy.” Salam suggested that reformers who favor better schools and educational opportunities learn from this to create their own coalitions.
Salam warned that reform is a hard sell to “working class and middle class people who crave stability.”
While our panelists called for reformers to ask some hard questions and adopt some new tactics, no one was calling for a pause — and I think that’s the right position. America’s kids can’t wait for grown ups: they need better opportunities and they need them now if they are going to be able to graduate from high school ready for college and ready to thrive in this increasingly competitive world we live in.
Alter stressed the importance of “civility” as a way to find common ground in debates over K-12 education. “We have to get to a place where we don’t hate people on the other side,” he said.
Martin, on the other hand, called for education reformers to learn from the National Rifle Association. “They only care about one thing,” he said.
“This is the only issue where I step out of my role as a journalist to be an advocate because the stakes are too high,” he continued. “We do have the capacity to change but do we have the foot soldiers to go toe-to-toe with our supposed friends and allies? The question is, ‘What are you prepared to do?’”
The standard, all the panelists agreed, is what benefits kids the most. We can all hope that whoever is elected president in November concurs.
Disclosure: The 74 is partially funded by the Walton Family Foundation. Jonathan Alter serves on The 74’s Board of Directors.
Submit a Letter to the Editor
March 9, 2016