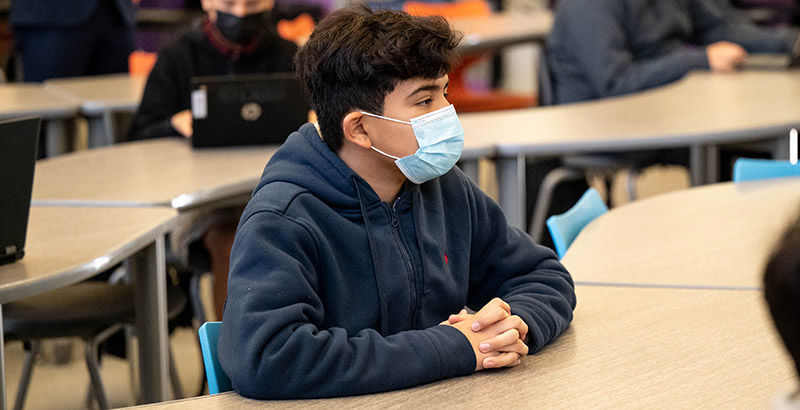 From their dislike of local teachers’ unions to a lack of confidence in school administrators, California voters are more disillusioned with the state of education than voters nationally, a new poll has found.

Commissioned by the reform-oriented nonprofit, Murmuration, likely California voters who were also parents were much less satisfied with the performance of traditional neighborhood public schools during the pandemic than in every other state polled, including Colorado, Georgia, Indiana, Louisiana, Missouri, Texas, New Jersey, Tennessee, and the District of Columbia.

“Many places in California struggled to get remote learning set up and make it effective. There were also fights with the unions when it came to school reopenings,” said Brian Reich, vice president of communications at Murmuration. “I think that over the course of the pandemic, issues just continued to compound themselves.”

In California, controversy over remote learning and how school reopenings were handled were particularly extreme, Reich said. In San Francisco for example, three school board members were recalled for the first time since 1983 because parents felt the board was prioritizing progressive politics over school reopenings, said Reich.

“Ultimately I think what really frustrated parents was expectations being set and not met and the lack of transparency with decision making,” said Reich. “It felt very much to a lot of parents in California that they were not being listened to by school officials during the pandemic.”

Since the pandemic, people have been paying more attention to education nationally, bringing long standing issues to light, said Josh Starr, the CEO of Phi Delta Kappa and former superintendent of the Montgomery County Public School System in Maryland.

The poll sampled nearly 7,000 registered voters across the 10 states of all ages, races, and political affiliations who all see public education as a top issue, just below health care, economy, and foreign policy and above immigration and climate change.

Voters in California were the least supportive of local teachers’ unions than voters in any other state polled — with 29% of voters viewing teachers unions negatively compared to 27% nationally and just 12% in the District of Columbia.

On top of the fact that D.C. is much smaller than California and the school districts are more easily manageable, Reich also said that “the mayor and the school board officials in D.C. likely did a better job at making parents feel like they were taking their needs and concerns into account during the pandemic.”

This was surprising since typically voters are satisfied with local institutions, but dissatisfied with the state of national politics, said Pedro Noguera, Dean of USC Rossier’s School of Education.

“The distinction is important,” Noguera said. “I wouldn’t be surprised if there is some lingering resentment toward local unions because of their stance on keeping schools closed during the pandemic.”

In March of 2021, the U.S. department of education released data that showed that California lagged behind almost every other state in the country in reopening schools. Only Washington, Oregon, and Maryland had higher percentages of schools still closed last spring.

Reich said that since local school boards were the ones making the public decisions during the pandemic, the local government caught more flak in California. Voters are now starting to see issues in education that go beyond how problems were handled during the pandemic.

“California has a big problem. They are very disjointed in terms of education. There are a lot of local initiatives, but there’s no alignment,” Noguera said. “For example, lots of schools are under-enrolled. There’s no coherence on how to solve that issue. People are starting to really see these problems.”

In July 2020, the progressive think tank, The Century Foundation, released a study that showed that California spent $6,000 less per student than the national average, making California schools some of the most underfunded in the nation.

“All of this attention on local education is affecting politics and it will surely affect local election races this year, particularly for the school board,” said Starr.

California is unlike many other states in that mayors and the governor have no direct control over schools. The school board holds all of the power. Reich said that a lot of California voters are probably feeling helpless right about now, which is reflected in their responses to the poll.

“It’s really hard for voters in California to actually have an outcome in how schools are affected. I think there’s a sense of resignation and powerlessness amongst voters right now,” said Reich. “It’s why people say education is a local issue. It truly is in California. The real decisions are made at the individual, district level.”

Rebecca Katz is a recent graduate of the USC Annenberg School for Communications and Journalism Masters Program and a Los Angeles native. She received her bachelors in English literature and political science from USC. She is passionate about mental health and education reform.

Rebecca Katz is a recent graduate of the USC Annenberg School for Communications and Journalism Masters Program and a Los Angeles native.