The California law, passed in 2019, was debated for its effect on all students, parents, and teachers — but not without qualms over how it would disrupt families’ schedules and create other problems.

Cindy Velasco, a working California parent with two high school kids, said she supported the later start time law for several reasons, including the difficulty of juggling dropping off her kids for early classes and getting to work on time.

“It’s difficult for parents because our work day starts earlier,” Velasco said. “Having to take my kids to school later is difficult for me. I had to rely on my family to help my daughter get to school.”

Most important, Velasco said, was the negative effect on learning she saw early classes had on her children.

Researchers who have been investigating the issue for years agree.

“When school starts very early, they [early teenagers] end up kind of stuck because they are biologically unable to sleep early,” said Carskadon, who has studied sleep and circadian rhythms for decades.

Kyla Wahlstrom, a professor of education administration policy at the University of Minnesota, who  researches school start times, said the brains of kids who are getting up as early as 6:30 a.m. to get to school starting at 8 a.m. “are still in sleep mode.”

“There’s all this constellation of good outcomes — less depression, less drug use, less cigarette and alcohol use, less premarital sex…when there is a later starting time for the students to get to school, which gives them more sleep in the morning,” Wahlstrom said, adding other outcomes, including performing better at school and involved in less car accidents.

Troy Flint, the chief information officer of the California School Boards Association, said the CSBA opposed the law when it was being debated in the state legislature, in part, because of the “tremendous hardship for many families that had inflexible work schedules or that needed the student to work for financial reasons … siblings who have childcare responsibilities.”

Flint said the California School Boards Association, which represents about 900 schools districts and county offices of education in California, did not oppose the law to change school start times “in concept.”

“What we opposed was the universal mandate which required every school district to adopt the law regardless of individual situation,” Flint said.

Research on school start times — and their effect on students — started in the 1990s as school districts across the country implemented later classes.

Earlier this year, New Jersey State Senator Vin Gopal (D) and Assemblyman Craig J. Coughlin (D) introduced two bills in the Legislature to move the start times for high schools no earlier  than 8:30am beginning in the 2024-25 school year.

“There’s no real timeline. We’re still having conversations with stakeholders,” said Gopal’s policy director Micharel Illiano. “We are trying to make sure we are being cautious and responsible and not moving too quickly.”

New Jersey School Boards Association spokesperson Janet Bamford said the organization does not support a state mandate for school start times, and that the decision should be made locally because of the “hurdles to implementing later start times.”

In New York, State Assembly member Harvey Epstein and State Senator Robert Jackson introduced a bill in 2021 that would require all New York state public schools to start no earlier than 8:30 a.m.

“The bill is taking a long time … I don’t know the timeline” said Epstein. “This is a conversation around health and safety because we know the science, the medical data is there, and I think we need to educate people about how important it is.”

Jasmine De Leon is an Emma Bowen Fellow at The 74 this summer. She is also a junior at Seton Hall University pursuing a degree in International Relations with minors in journalism, Catholic studies and Chinese. 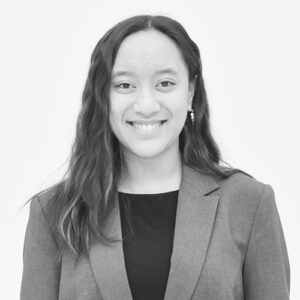