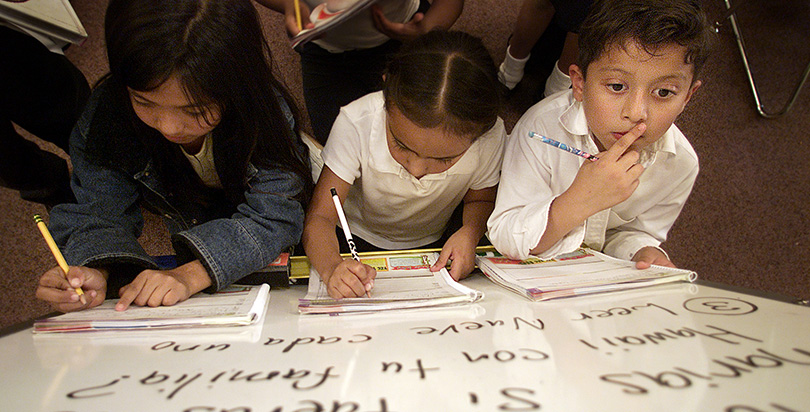 Photo: Getty Images
Millions of children in California will have greater access to bilingual education, after nearly three quarters of voters said yes to Proposition 58 in early voting, a race called late Tuesday by the Associated Press. Supporters — like the unions and the Democratic Party — hope the proposition will allow local districts to decide how to educate ELL students as well as expose other students to multiple languages. Research shows bilingual education produces similar results to English-only instruction. English-language learners make up one in five students in California.

The proposition overturns a 1998 law that required these students to be placed in English-only classes rather than bilingual ones. While some bilingual programs remained, this measure reduced the number of students who were in bilingual classes from 30 percent to 4 percent. Those opposed include the Republican Party and the businessman who originally created the law limiting bilingual education. Although the measure arose in part from immigrant resentment, the Los Angeles Times reports, it also sprung from a reaction to schools that failed to adequately teach Spanish-speaking students English, putting them behind for college and career readiness.