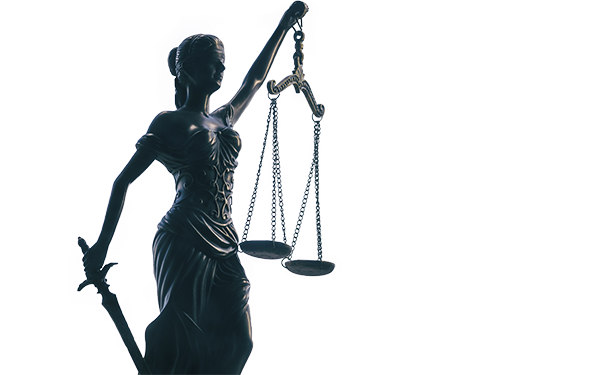 Even before the deputy attorney general got to finish a single statement, the 2nd District Court of Appeals justices hearing a landmark education case Thursday jumped in to ask questions. How do you tell if a teacher is “grossly ineffective”? Is there proof that discrimination has occurred? What is the impact on the state?
For about 90 minutes Thursday morning, the three justices on the California Court of Appeals heard arguments in the historic Vergara v. California lawsuit which could have wide implications for the public school system. The lawsuit was filed by nine students in 2012 from different areas in California and challenge five specific state laws that involve teacher tenure, dismissal procedures and layoff laws.
During eight weeks in 2014 of testimony from more than 50 witnesses, the students spoke about incompetent teachers they said they were assigned because they lived in lower-income school districts and were minorities. Judge Rolf M. Treu ruled in favor of the students, saying his findings of ineffective teaching “shocks the conscience,” and found that there is enough evidence that the laws disproportionately affect poor and minority students. 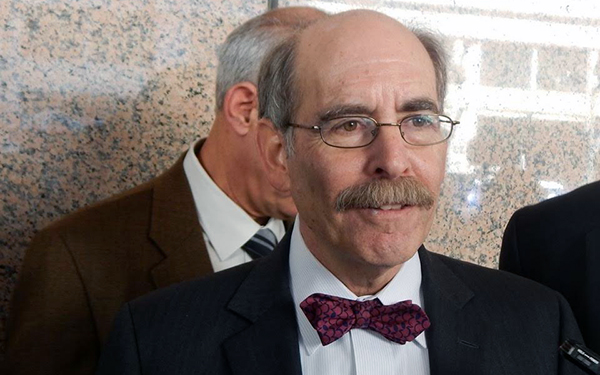 Attorney Michael Rubin represents the California Teachers Association and the California Federation of Teachers. (Photo by Mike Szymanski)
The 77-seat downtown LA courtroom was packed Thursday; more visitors watched in an overflow room. Elizabeth Vergara, who has since graduated, and four of the other defendants sat in the front row. Her sister, Beatriz, the lead plaintiff, was in school.
Shortly after the arguments began, Presiding Justice Roger W. Boren waved his hand to the audience and said, “Anyone in this room has had a bad teacher at some time.”
Attorneys for both sides of the case felt that the questions from the three justices sided in their favor, and both sides held news conferences and telephone conferences hours after the hearing.
“I am delighted, it’s a great day for the students of California,” said attorney Michael Rubin, after arguing for the California Teachers Association and California Federation of Teachers. “I am confident the justices understood the questions and why tenure benefits the teachers. I think they can see why this trial judge grossly overstepped his bounds.”
Arguing for the students, attorney Theodore J. Boutrous Jr. said that he felt the judges planned to uphold the ruling. “We were able to get across the dangers of these laws and how they deprive thousands of California children of the quality education they deserve,” he said. 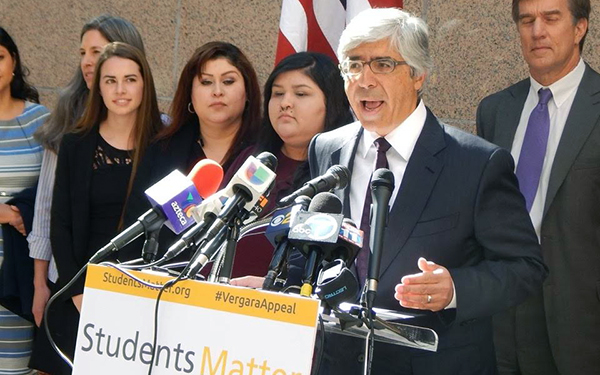 Attorney Theodore Boutrous Jr. represents the student plaintiffs. (Photo by Mike Szymanski)
During the arguments, attorneys referenced cases involving prisoners, home building and voting rights that they felt were pertinent to the arguments. Both sides spewed statistics to make their case.
Rubin said that black students are 43 percent and Latino students are 68 percent more likely to have underperforming teachers. He also said, “Charter schools don’t perform better in California than other schools” even though they don’t have to follow the tenure laws.
Boutrous said the tenure system costs the state $2.1 million a year in unnecessary costs, and that even former LA Unified Superintendent John Deasy testified that tenure should be granted after three to five years, not the two years it is now.
Both sides said they were ready to appeal the case if the judges rule against them. The judges must rule within 90 days, so a decision should be released by the end of May.
“I can’t wait to argue this in front of the full California Supreme Court, because we used some of their past decisions where they ruled in favor of education in our arguments,” Boutrous said.
On the other hand, Rubin added, “The California Supreme Court will also see that there is no merit in this case. These statutes will not be struck down any time soon.”
Also in the audience was a school board member from Mountain View Whisman School District, which has 5,000 students and where his two children attend. Gregory Coladonato paid his own way to travel from his district, which has the headquarters of Google, and also a 40 percent English learners population. He supports the decision by the lower court and said it would help children, and planned to head back to a school board meeting Thursday night.
“The implications of this are historic, it could be huge for the children of California,” Coladonato said. “This could give our superintendent greater flexibility to ensure that the highest quality teachers are in front of our students.”
Outside the courthouse downtown, Silicon Valley entrepreneur David Welch, who founded the nonprofit Students Matter that is funding the lawsuit, said, “We need to put politics aside. Every child regardless of where they live deserves a passionate, inspiring teacher in their classroom.”
One of the student plaintiffs, Brandon DeBose Jr. said he was reminded of when he testified two years ago. “Some of my teachers were great, but some of our teachers told us we were not going to amount to anything,” he said. “I now know every student and every school should have awesome teachers. This is a signal to students from Inglewood to Oakland that they matter.”