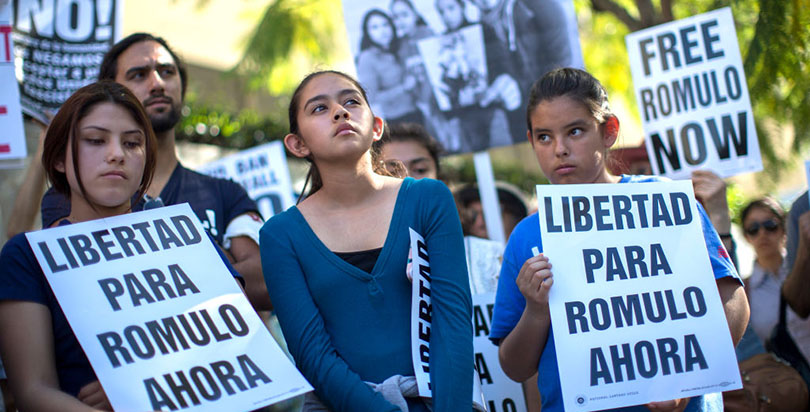 The California Assembly has approved two bills protecting undocumented immigrant students on school property.
The first bill would bar federal immigration authorities from entering K-12 public schools without a warrant and permission from the superintendent and principal. It would also prevent schools from collecting information about immigration status from students or their guardians unless required by law, but it mandates that they tell parents about their children’s right to a free public education, regardless of immigration status or religious beliefs.
“No student should ever fear coming to school,” Assemblyman Patrick O’Donnell, who chairs the Assembly Education Committee and co-sponsored the bill, said in a statement. “Regardless of your stance on immigration, we can all agree school campuses are no place to conduct raids or investigate kids who want nothing more than to learn in a safe environment.”
The second bill requires college trustee boards to direct staffers to refer any immigration inquiries from law enforcement to the school chancellor or president to verify their legality.
Both bills now await a vote in the Senate.
Meanwhile, the California Senate passed a bill that seeks to bar state and local enforcement agencies from using their resources for immigration arrests. That bill awaits a vote by the Assembly.
In the three months since President Trump signed executive orders tightening border security and cracking down on so-called sanctuary cities, arrests of undocumented immigrants by Immigration and Customs Enforcement (ICE) have increased 38 percent compared to the same time period in 2016.
Submit a Letter to the Editor
June 6, 2017

74 Interview: Teaching Lab CEO Sarah Johnson on the Importance of One-on-One Interactions, What Not to Ask Students on the First Day of School, and Why Less Is More With Tech

New Data Reveal COVID-19’s Harsh Toll on Latino Community; 50% of Latino Parents Say They May Not Send Their Children Back to School

Without a Green Light From Texas State Officials, Superintendents Move Ahead to Safely Open Schools for Kids Who Need Them Most