Bullying Hurts Both Victims & Bullies Long After They’re Out of School: 3 Things to Know From New Studies 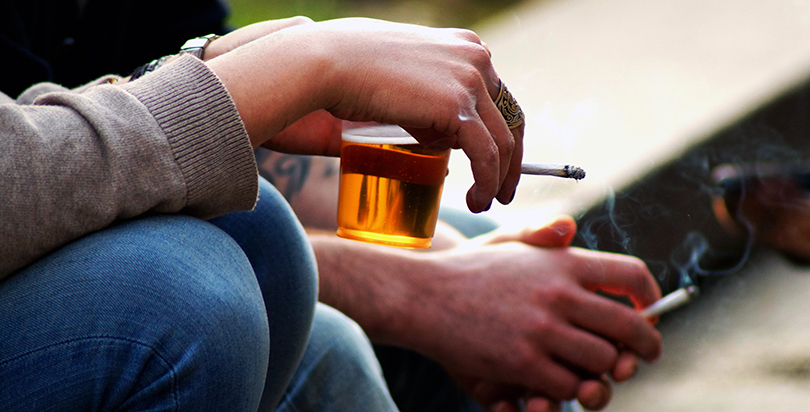 While reports of bullying in schools have decreased nationally over the past few years, new studies released this month reveal who is being impacted by bullying, what impact bullying can have, and just how long the effects might last.

“I would caution folks who are looking at these data and, yes, maybe the overall trends may be changing, and that’s a really wonderful thing, but it’s also really important to look at what those trends look like for LGBT youth and youth with disabilities,” said Valerie Earnshaw, a social psychologist and assistant professor at the University of Delaware. “Youth are bullied when they live with these characteristics that are devalued in society.”

Here’s a look at the findings of three recent reports on the latest bullying research.

1. Who is being bullied across U.S. schools

Earlier this month, the National Center for Education Statistics and the Bureau of Justice Statistics released a report on school crime and safety. It found that in 2015, 20.8 percent of youth ages 12 to 18 reported being bullied at school, a decrease from 2013, when the rate was 21.5 percent.

That’s not surprising, considering school bullying rates have been declining for several years. In 2007, the rate was 31 percent, decreasing to 27 percent in 2011 and finally coming down to 1 in 5 students in the most recent report.

But for LGBT students, the study found, the threat is greater. Thirty-four percent of self-identified gay, lesbian, and bisexual students in grades 9 to 12 reported being bullied on school property in the previous 12 months, versus 19 percent of heterosexual students. LGBT youth were also targeted more in online bullying: 28 percent, compared with 14 percent of heterosexual youth. LGBT students were also more likely to have been in a fight or to have consumed alcohol and marijuana at least once in the past 30 days.

2. Why bullying may lead to substance abuse

In fifth grade, a student gets bullied. In seventh grade, he becomes withdrawn and depressed. In 10th grade, he begins drinking and smoking. This chain of events was analyzed in a longitudinal study published in Pediatrics, with data collected from more than 4,000 youth in Alabama, Texas, and California from 2004 and 2011.

Bullying and substance abuse have been linked in the past. But unlike previous research, the new study demonstrates why this happens, said Earnshaw, one of the researchers.

“These greater depressive symptoms really helped answer the question of ‘Why are you engaging in more substance abuse over time?’ ” she said.

Students who experience greater incidences of bullying in fifth grade are more likely to use substances like alcohol, marijuana, and tobacco when they are in 10th grade, the study found, which Earnshaw said supports theories of self-medication to deal with pain. She said she was surprised by how robust the findings were — all three substances saw similar rates of abuse in both male and female students who had been bullied.

The study also found that the populations most likely to report harassment in fifth grade were boys, sexual minority youth, and students with disabilities.

This is important, Earnshaw said, as a 2012 study showed that students who are victims of bias-based harassment — targeted for characteristics such as sexuality or race — often have more serious health consequences than kids who experience general harassment.

“We still need to take [bullying] seriously and support youth who are experiencing peer victimization and bullying, and also keep working to try and end it so that no youth are experiencing it,” she said.

3. How the impacts of bullying carry into adulthood

Both bullies and victims of bullies felt health effects from these experiences 20 years later, according to a study published in the journal Psychological Science. The research examined data from a project that followed 300 men from first grade into their 30s.

Lead researcher Karen Matthews of the University of Pittsburgh said she wasn’t surprised that the effects of bullying could be felt decades into the future — Australian and European studies have found similar results.

Matthews acknowledged that there is still a lot of work to be done when it comes to addressing bullying but said she is encouraged by the diversity of anti-bullying programs she sees in schools.

“One program is not going to solve all of these problems,” Matthews said.

If you are a student and are looking for resources on bullying, visit pacer.org/bullying/resources/

If you are an educator who is looking for training resources on preventing bullying, visit stopbullying.gov