Brown v. Board at 65: Nathaniel Briggs on the Deep Roots of Southern Segregation — and Why the Supremacy of the Confederacy Still Stands Today 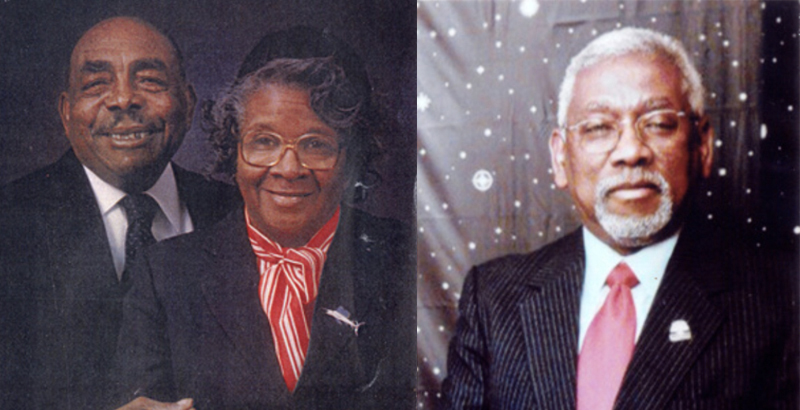 Courtesy of Recovering Untold Stories: An Enduring Legacy of the Brown v. Board of Education Decision

Clarendon County is located in the heart of South Carolina’s Low Country and, like so much of the South, never even made a pretense of providing “separate but equal” school facilities for Black children. In Clarendon County, South Carolina, Levy Pearson and Rev. J.A. DeLaine, along with Harry Briggs Sr. and 19 other petitioners of courage, were the first to attempt to gain some relief for the children in racially segregated black schools in District 22, where there was no school bus to take them to school. These schools were unequal to the white schools in District 22. Rev. J.W. Seals said that they were not going to take it anymore. Rev. Seals also said that he just wanted his son to have the same privileges any other South Carolina child received, which are equal school provisions.

Attempts to gain relief from the school board were also made by the black citizens of the county, and their requests were either ignored or denied. Even in the eyes of Southern danger, they pressed on with courage and determination, not knowing the sacrifices to come.

Because of their protest against racially segregated public schools, my father, Harry Briggs Sr., along with William Stukes, Annie Gibson, Rev. J.A. DeLaine, William Ragin and Rev. J.W. Seals, were forced from their jobs (fired!). Rev. DeLaine’s house was burned to the ground. Our house was 200 yards away. Because of this, precautions were taken in the Summerton community.

During that time, life in the South, especially in South Carolina, was totally segregated. The notion of supremacy of the Confederacy, fostered by groups such as the Ku Klux Klan, white Citizens’ Councils and bigoted individuals, was very prevalent. The black community experienced murders, lynchings, castrations, mutilations and more, committed by whites. The supremacy of the Confederacy still stands today. This can be evidenced by the statues that can be seen at courthouses, state buildings, and county and municipal buildings, along with the plaques in squares and the names given to schools, streets, libraries, lakes, etc.

Undeterred, the petitioners fought for self-determination, knowing that retribution would come for standing up for the 14th Amendment to the Constitution.

Before dawn on the morning of May 28, 1951, the first day of the trial, my mother met her neighbors at their family church, St. Mark A.M.E. Church, in Summerton, S.C., and joined a caravan of cars headed for Charleston. Black men and women began lining up outside the federal courthouse at sunrise and continued coming all morning.

By the time the lawyers arrived, the line stretched from the second-floor courtroom, which seated only 150 people, down the hall, down the front steps and along the sidewalks. Five hundred people waited outside in the hot temperature of the Southern summer heat without air conditioning!

My parents were guaranteed seats, given that the case bore their family name. James Gibson, a farmer who drove from Clarendon County, was among the hundreds who lined up outside.

“I never got tired of standing that day,” he said. He also said: “The fact that Judge Waring was up there [on the bench] meant that we were going to get a hearing.”

Whenever the NAACP lawyers made a point, someone got up and whispered it to the line, and it would travel right down the corridor and down the steps to the throng outside.

Nathaniel Briggs is the son of Harry Briggs, Sr., the named plaintiff in South Carolina’s Briggs v. Elliott that was later consolidated as part of the Brown v. Board Supreme Court case. (Author’s note: Some of the material for this essay was taken from the book Lift Every Voice: The NAACP and the Making of the Civil Rights Movement, by Patricia Sullivan.)

Nathaniel Briggs is the son of Harry Briggs, Sr., the named plaintiff in South Carolina’s Briggs v. Elliott that was later consolidated as part of the Brown v. Board Supreme Court case.