Brown v. Board at 65: Katherine Carper Sawyer, Daughter of Key Plaintiff, Reflects on Being Called to Testify in Court at 10 Years Old 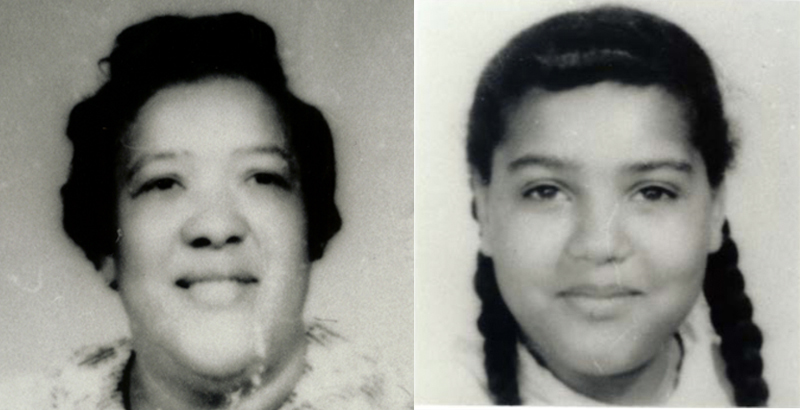 Lena Carper, left, and Katherine Carper Sawyer. (Courtesy of Recovering Untold Stories: An Enduring Legacy of the Brown v. Board of Education Decision)

My parents and I lived about four blocks west of Gage and Huntoon. In 1946, this was out of Topeka’s city limits. I had to walk four blocks to catch the bus for Buchanan Elementary, one of the schools designated for black kids. As a little girl, four blocks looked like a mile. The streets were just dirt; when it rained, dirt turned into mud. On came the rubber boots and raincoat.

My mother and I would walk up those muddy roads, stopping about every block so Mom could find a stick or something to scrape the soles of our boots because the mud was so thick that it made walking hard. After getting to the place where the bus would pick me up, there was no place to stand for shelter. So I stood in the wind, snow and rain, hoping the bus would be on time.

Snow days were especially tough. The cold, wet, blowing snow nearly froze my tender face. It would be so cold and I would be so bundled up that just getting to the bus stop tired me out. When I was in the third grade, a couple opened a little store about a block on the east side of Gage. Mom and I would go to this store and the owners would let us wait inside when the weather was bad.

One day, instead of going to school, Mom told me that we were going to a big room at the courthouse and I would be asked some questions. These men wanted to ask me about my school and the bus ride. I had no idea what all of that meant.

I do remember going to a meeting with mom and being told that these men would be lawyers. When I went into the courtroom that day, I only understood that I was going to be asked some questions about school and I was to tell the truth. At 10 years old, I felt this was the biggest room that I had ever been in! Although it was packed full of people, I do not remember having any fear!

I was asked about the bus ride to school. Unlike today’s practice of dispatching school buses to pick up students, we rode the regular city buses that ran downtown every day. When I got on the bus, there were not a lot of kids on it. So the ride to school was not as bad as the ride home because we picked up kids along the way. Coming home, however, was a different story. The bus would be very full leaving the school; some of the kids did not get a seat and had to stand up until someone sitting got off.

Sometimes there would be three or four in a seat designed for two. At times it was scary because there would be fights on the bus. Often the only adult was the white bus driver, and he did not care what was going on. These are some of the things I told the court. It was after the day in court that I became scared because I began to understand a little of what was going on. I began to wonder what my teachers would think about my testimony. Are they going to be mad at me for what I said before all these people? I had great teachers, and, to my relief, they all were just the same to me.

By the time the case settled in 1954, I was in my first year at Capper Junior High. I went from an all-black school with all-black teachers to the complete opposite — all-white kids and teachers.

In the first weeks of junior high school, I felt lost and afraid. All the friends I had been with since kindergarten were not in this school. Many of them had been assigned to go to Boswell Junior High. Just when I was feeling very alone, Mary, a little red-haired white girl who wore glasses, and her friend Janice along came. We quickly bonded. We would eat lunch outside on the school lawn. Soon there were others with whom I became friendly.

Katherine Carper Sawyer is the daughter of Lena Carper, one of the 13 plaintiffs in the landmark Brown v. Board of Education Supreme Court case.

Katherine Carper Sawyer is the daughter of Lena Carper, one of the 13 plaintiffs in the landmark Brown v. Board of Education Supreme Court case.