For decades, cities across the country have fallen short in building education systems capable of giving every child the opportunity to fulfill the American dream. Despite many well-intentioned efforts, stark opportunity gaps continue to persist for low-income students and students of color.

Two recent studies of Indianapolis schools, however, provide some of the clearest evidence yet of the transformative potential of locally driven strategies that empower school leaders with autonomy and hold them accountable for producing results.

It also found that Innovation Network schools, many of which are in the first or second year of school turnaround, helped their students achieve an additional 53 learning days in reading and 89 additional learning days in math compared with their traditional public school peers in the district.

The second study zeroed in on charter schools authorized by the mayor of Indianapolis. To account for the impact on achievement when students transfer to a new school, researchers from Indiana University and Indiana University–Purdue University Indianapolis analyzed academic results for elementary students who continuously enrolled in either a mayor-sponsored charter school or a traditional public school from kindergarten through fifth grade.

City and education leaders should take a closer look at how Indianapolis has stewarded the growth of autonomous schools over the past two decades, both outside and within its flagship school district.

Moreover, Indianapolis’s model of mayoral authorizing allowed for heightened accountability on the authorizing process. Constituents possessed an array of avenues to express concerns about their schools, whether through the city’s constituent hotline, their city councilors, or the ballot box.

Another critical factor was the mayor’s ardent focus on quality. In its first year, the mayor’s office rejected the vast majority of applicants and opened only three schools, setting a high bar for the quality expected of charter schools in Indianapolis.

Peterson’s successors, one a Republican and one a Democrat, continued this laser-like focus on quality while consistently growing the number of charters. By 2014, charter schools served approximately one-third of students enrolled in Indianapolis Public Schools.

In fact, this quality track record was a critical factor in building a foundation for the unique partnerships that exist today between the district and charter schools. Since 2014, the district has partnered with the mayor’s office and The Mind Trust to launch Innovation Network Schools, contractually autonomous schools that operate within the district. Today, there are 20 Innovation Network schools, each empowered with the freedoms and flexibilities needed to serve more than 8,500 students.

The CREDO and Indiana University–Purdue findings also underscore the importance of providing planning time, resources, and support to school leaders working to open a new school. No city can realistically expect its school leaders to design trailblazing, high-quality school models on weekends and during summer break.

Indianapolis’s infrastructure for supporting new schools is a key reason Innovation Network Schools have shown strong academic improvement after just one or two years. The Mind Trust, the district, and the mayor’s office together created the Innovation School Fellowship to recruit diverse leaders and provide them with the supports they need to launch a strong school on day one. Fellows receive one or two full years of salary and benefits in addition to an array of other resources and expert supports.

This combination of locally driven reform, quality authorizing, and a supportive runway for new schools are critical components of the transformative change that has taken place in Indianapolis over the past two decades.

At the same time, there is no blueprint, no formula, no magic bullet for transforming a city’s education system. The path we have taken in Indianapolis has been driven by our local context. And though we have made significant progress, much work remains if we are going to provide every student in our city access to a truly high-quality education.

This said, the Indianapolis story shows that with the right amount of patience and persistence, city-specific and locally led strategies for transforming education systems can yield sustainable systemic change, including some that transcend city leaders’ original imaginations.

Brandon Brown is CEO of The Mind Trust, an Indianapolis-based education nonprofit. 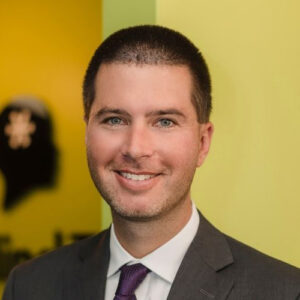