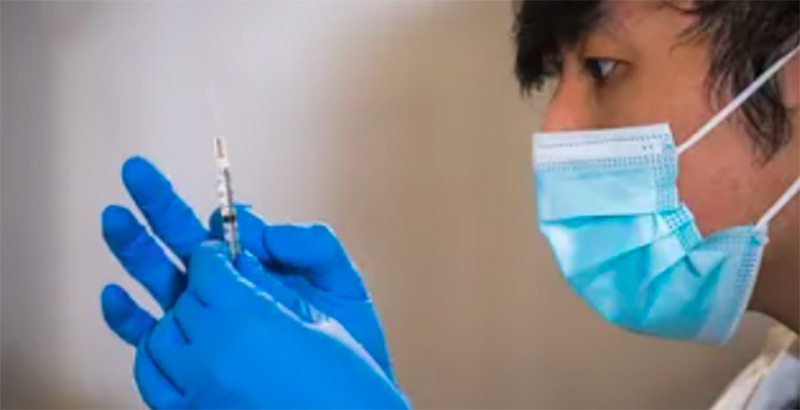 This story was originally published June 2 by THE CITY.

The effort will begin Friday with four schools in the Bronx and will expand to schools in all five boroughs over the next several weeks, de Blasio said. As students between the ages of 12 to 17 are now eligible for the Pfizer vaccine, officials are ramping up efforts to make it easier for them to get their jabs. So far, about 23% of city residents in that age range have been vaccinated.

De Blasio indicated the program would focus on middle schools and would extend into the summer, but did not immediately say how many schools would participate.

“It’s going to be a way to reach a lot of young people quickly,” de Blasio said. “We’re going to get the most done we can between now and the end of school later this month.”

Ensuring eligible students are vaccinated is one piece of the reopening puzzle for September, as the shots have been shown to be extremely effective at curbing the coronavirus. Some details about how schools will operate this fall remain unclear, including whether students would be sent home if positive cases emerge. Widespread vaccination would likely limit the number of those disruptions.

Using schools as vaccination sites has some precedent: A Bronx nonprofit held a pop-up vaccination site at Mott Haven Academy Charter School, and some private schools have hosted vaccine clinics as well. By expanding to traditional public schools, city officials are hoping to reach families who may be hesitant to get the vaccine. (Parent consent is required for children to get vaccinated and city officials are not currently mandating the vaccines for students or staff.)

Although officials said the program would continue during summer school, the timing of the program’s rollout could be logistically tricky. The Pfizer vaccine comes in two-doses, with a recommended gap of 21 days between shots. There are 21 days between the start of the school-based vaccine program and the last day of school. Officials did not immediately say whether students would have to return to their school buildings, or a different site, to receive their second dose.

City officials said the program is being launched as a partnership between the education and health departments and the United Federation of Teachers, the city’s teacher union. They did not immediately provide a list of schools with on-site vaccinations.

“We want to make the vaccine available and to make it as easy as possible for our families and students to get it,” Michael Mulgrew, the teachers union chief, said in a statement. “Schools are a logical place.”

Alex Zimmerman is a reporter for Chalkbeat New York