Bradshaw: We Must Recognize Bullying as a Broad-Ranging Societal Challenge, Not Just Confined to Young People in Schools 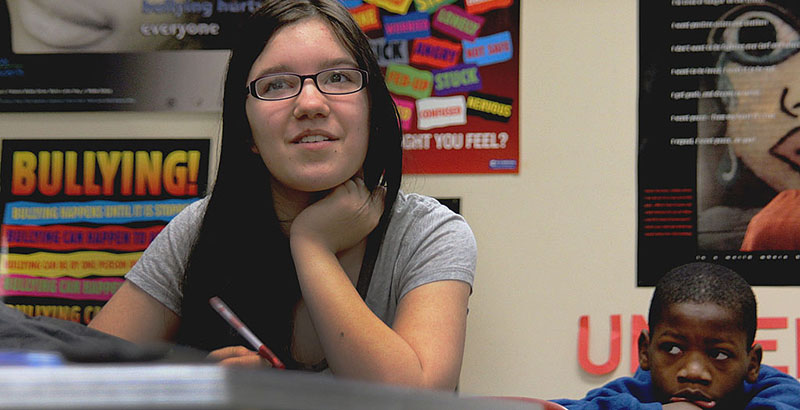 The list goes on, proving bullying behaviors are nothing if not pervasive across our society.

Beyond the images of bullying we see in the media and in popular culture, it has become a major concern across the country for children as well as adults. The negative immediate and long-term impacts of bullying on behavioral, academic, and social-emotional outcomes have been well documented. In fact, all 50 states have enacted policies to try to address the issue.

Our national concern about bullying is perhaps nowhere more apparent than in the context of our schools, where an estimated 30 percent of school-age youth either engage in or are victims of in-person or online bullying in the form of physical attacks, verbal threats, or other forms of relational and social aggression.

Encouragingly, school leaders are actively developing strategies — including training parents and educators to recognize warning signs and implementing prevention frameworks such as positive behavioral interventions and supports — to combat bullying. This work is critical to reducing the incidence of bullying in our schools, and it can play an important role in mitigating the bullying that occurs in a variety of settings later in the life course.

In conducting research for my recent book on bullying prevention across the life course, it became clear that we too often overlook how bullying takes root in preschool, how our children internalize this social and relational form of aggression, and how it manifests itself outside of school. Bullying can also “get under the skin,” as a host of genetic and biologic factors play a role in bullying and its impacts. We can also conceptualize issues like race- and gender-based harassment, hazing, sexual assault, and dating violence at our colleges and in the workplace.

These behaviors just don’t go away as youth transition out of school into college and the world of work.

So, then, how can we better prevent bullying in schools in such a way that accounts for the broader cultural forces that have a propensity to aggrandize bullying behaviors? How can we directly confront the generalized notions of aggression and confrontation that have been popularized in television and film, and which are affirmed daily on social media?

First and foremost, we need to pay greater attention to young children’s aggressive behaviors, even as early as pre-K, and act to ensure these behaviors don’t develop into the types of bullying we see daily in our elementary, middle, and high schools.

In the early grades, educators and school leaders can discuss the aggressive behaviors that characters may display in books. As youth get older, they can link academic lessons back to what students see on television and experience in social media, openly confronting the credence that society gives to displays of assertiveness and conflict.

Educators can continue to interweave school-based social and emotional learning models and provide behavioral interventions and supports across our children’s curricula at all grade levels. Not only do these approaches reduce bullying and other aggressive behavior problems in schools, but they also improve school climate, help students regulate their emotions, and encourage them to display empathy.

Fundamentally, any efforts to address bullying must recognize it as a societal challenge that spans a broad range of age groups and settings; it is not restricted to young people in schools. By keeping in mind this broader understanding of bullying, we can better design school-based interventions that help us to curb it not only in our classrooms — but across our society as well.

Dr. Catherine Bradshaw is a professor and associate dean for research and faculty development at the University of Virginia’s Curry School of Education. She served as principal investigator and the editor of Handbook on Bullying Prevention: A Life Course Perspective. Her primary research interests focus on the development and school-based prevention of aggressive behavior, including bullying.

Dr. Catherine Bradshaw is a professor and associate dean for research and faculty development at the University of Virginia’s Curry School of Education. She served as principal investigator and the editor of Handbook on Bullying Prevention: A Life Course Perspective. Her primary research interests focus on the development and school-based prevention of aggressive behavior, including bullying.