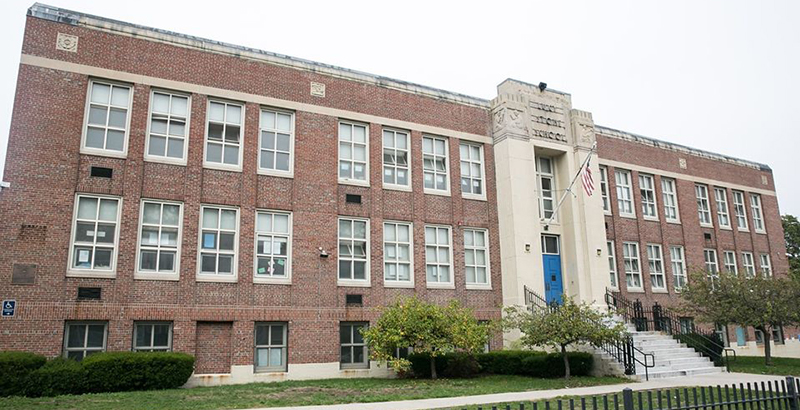 “In the South, the white man doesn’t care how close you get, as long as you don’t get too high. In the North, he doesn’t care how high you get, as long as you don’t get too close,” was a truism of the civil rights movement. Like the most societally complicated inversions, it doesn’t compare good and bad, but two forms of awful — two worst-case scenarios — which is why it remains memorable. More specifically, this axiom speaks to the different flavors of racist attitudes that fueled policymaking in both regions of the country before and during the civil rights era. While many Southern communities and states continued to embrace the overt legacy of Jim Crow and all its earlier precedent in the name of “heritage,” Northern states were more subtle. As professor Matthew Delmont wrote in 2016 in his piece “When Black Voters Exited Left”:

Although some believe “the North” and its progressive bastions are beyond such vile social inertia, one need only look to Boston, that icon of inclusive racial harmony, to see examples to the contrary. More specifically: Where Roxbury Prep Charter High School; its efforts to build a new school on an old car-parts lot; Mayor Marty Walsh; the Boston Planning and Development Agency, which he appoints; and opposition from nearby West Roxbury residents are concerned, it is indeed a question of “too close” being answered in the public square.

The Roxbury Prep community has been engaged in a multi-year process to build a new high school in nearby Roslindale for 800 scholars who currently learn in two separate buildings in Hyde Park and Roxbury. The process has been inclusive and exhaustive, featuring extensive community outreach and a revision calling for a downsized school with 562 students. In January 2019, a formal petition to the planning agency was made, and during the public comment phase, 85 percent of those filed favored the scaled-back plan. Support at this level in a state that voted down a modest charter school cap lift a few years ago should send a strong message to policymakers that this is a unifying issue, not a dividing one.

It clearly did for newly elected District 5 City Councilor Ricardo Arroyo, who said of the project, “For some, this debate has become a question of whether or not you support charter schools. I see this as a question of what type of facilities do the students at Roxbury Prep, an existing school in District 5, deserve. They deserve, like all students deserve, facilities that support their education and are built with their success in mind.”

Despite support from the councilor and the local community, resistance from the leafy burg of West Roxbury — whose border is just one block from the proposed site of the new school — has arrested the process. Correspondence opposing the school from what amounts to the West Roxbury Citizens’ Council features enough dog whistles for a kennel, with one email to members of the planning board saying the opposition is informed by “significant and detrimental environment harms” the school would inflict, including “pollution, congestion, safety and health concerns.” Hundreds of residents of West Roxbury, which is 84 percent white, have signed negative petitions tagging Gov. Charlie Baker and Walsh (who faces a possible challenge from a local council member), citing safety concerns and asserting that the facility has been scaled down with “no educational rationale.”

So the original, larger plan would have received the support of West Roxbury’s residents? Of this we should all be skeptical.

The problem here — one of “too close” — is playing itself out in West Roxbury, Princeton (with its long-standing anti-charter advocacy), Howard County (site of the latest school integration blowup) and other left-leaning enclaves across the Northeast right now. It is a problem that matters because it is acutely one of white progressives — whose flames of self-interest threaten to consume them even as they espouse the cool rhetoric of a society that is truly universal and treats all people fairly. And because white progressives have captured the attention of the Democratic Party’s leadership and have subscribed to an agenda that will limit educational opportunity for literally millions of American children, it’s one we have to counteract at every turn.

You can recognize “too close” in their rhetoric and actions. They say they are anti-“choice,” but they really prefer a system of school placement — primarily by the pairing of housing and school assignment — that privileges them over families who don’t have clout in the mortgage market. They say they love “public education,” but they really like publicly funded schools that, because of residential assignment, are privately available just to them. They talk a big game about “community investment” in public education but, in the case of West Roxbury, ignore broad community support aimed at improving the schooling conditions for kids of color when it does not comport with their social sensibilities. And they pretend to have the interests of other people’s children at the center of their advocacy (in Howard County, adding 10 minutes to a kid’s commute is tantamount to child abuse) while really substituting their own judgment for that of other parents and families. In West Roxbury’s case, it’s “Trust me, your kid couldn’t possibly want to go to that school. You must not know what’s really going on … allow me to decide for you.”

Some might call the high-handed nature of the “too close” problem simple hypocrisy. But in a country struggling with ever-present racial demons whose trickery and destructive influence are broadly present in the current political moment, you’d actually be understating the problem if you did. It is better, instead, to embrace the truth and accept that there are racial fault lines among Democrats about education issues. Remember that turnout among minorities — and African-American women in particular with whom charters are popular — is crucial to party politics. Observe that, despite this fact, Democratic politicians like Walsh have decided to cave in to white constituencies instead of listening to families of color and a diverse Roslindale neighborhood that welcomes Roxbury Prep and has advocated by the hundreds to have the school there. And, perhaps, resign yourself to the fact that, as civil rights lawyer, advocate and legal scholar Michelle Alexander wrote recently, “simply electing more Democrats to office is no guarantee that our nation will break its habit of birthing enormous systems of racial and social control.”

There are few places where this is more obvious than in the politics of education, and in school zoning in particular. In fact, the site at 361 Belgrade Avenue is actually already zoned for a school — perhaps just not a school for black and Latino kids.

Walsh sets the agenda for the Boston Planning and Development Agency, which means he has a chance to confront these demons head-on and do the right thing by ensuring that the Roxbury Prep proposal receives a fair hearing. His actions will tell Bostonians, families and community members of color everything they need to know.

Amerikaner & Travers: It’s Not Just How Much Money Schools Get, It’s How They Use It. 10 Ways to Start Talking About Education Resource Equity