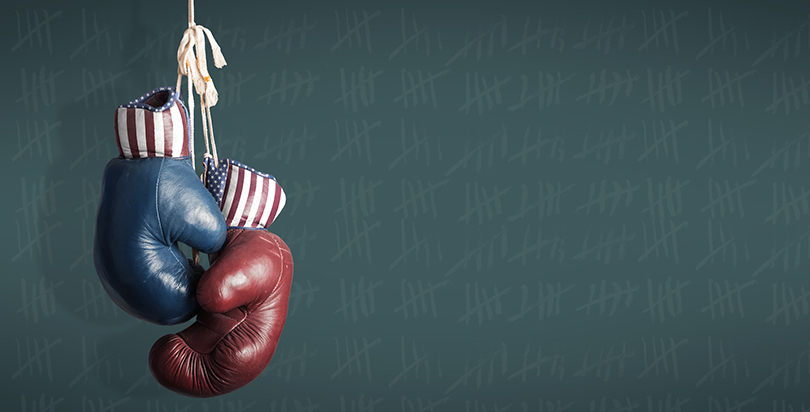 This is the second essay in a three-part series that will examine the major challenges facing education reformers as they fight for fundamental changes in America’s schools. The series was adapted from Derrell Bradford’s keynote address at the Yale School of Management’s Education Leadership Conference in April. Get notified of the next installment by signing up for The 74 Newsletter. (ICYMI: Here’s the earlier essay)

In my last column, I wrote about the policy problem we face as people fighting for change in the education space. But that’s only part of what ails our reform effort.

We also have a political problem.

By that, I mean our policies have not reached a scale where they cannot easily be undone, or a breadth where their diversity of support makes them easier to get behind. And make no mistake, the threat posed by these conditions is as real as it is existential.

Politics is a numbers game, and you need politicians to actually change how the public square interacts with the policies we hold close. So let’s be honest — when a politician reviews your proposal, he or she is asking a fundamental and self-interested question: Does this get me more friends or make me more enemies?

If the answer is that something consistently makes more enemies, it’s going to be harder or, frankly, impossible, to get the support you need to get it done. We can talk about doing the right things for the right reasons — and we can wonder why politicos don’t behave that way — but, politically, the right things are rarely done for the right reasons. And until we’re willing to revisit our policy assumptions through the real-world lens of politics, we won’t be able to see the necessary path forward to grow and protect the work of previous decades.

Let’s take chartering and charter school authorizing as an example. Admittedly, the broadly accepted authorizing frameworks we know have given us some tremendous things. Most notably, they’ve created networks of schools, like those in New York or Newark where I have worked a great deal, that are particularly good at closing achievement gaps for low-income and minority kids. Those schools have become safe havens of order and creativity because of their strong emphasis on structure, great teaching, and high expectations — what folks commonly, if inelegantly, refer to as the “no excuses” model. They’ve changed and saved lives. This is laudable, and I support all of it.

But what haven’t those same authorizing frameworks given us? In their emphasis on bringing “quality schools” — or, rather, what “we” thought were quality schools — into existence, we may have perverted the pluralism inherent in the chartering power and instead substituted control.

This approach has some benefits. But over time, what we thought of as quality authorizing has morphed into a sort of technocratic risk management for the sector — a process whose own bias, one could argue, accelerated not the growth of charter schools but the replication of one kind of charter school with one specific sort of leader.

The possible result of this “bias”? A sector densely concentrated in urban areas, where a minority of the voting populace has children in those schools and statewide political reach is limited. And let’s be even more clear: Our anchor constituency is black and Hispanic families who don’t vote in the same numbers or contribute the same dollars as, say, the affluent Nassau County moms who typify the opt-out movement. Let’s review how government behaves in these two instances. Some rich folks get concerned about testing, President Barack Obama makes a speech, says there is too much testing, and states start rolling back not just testing but also the evaluation systems tied to it. Want to add 12 new charter schools a year to one of the country’s best charter sectors in Boston? Dies by the sword, 2 to 1.

So you have to ask yourself, is this the way forward for sustainability?

And along with asking that question, you might consider revisiting some of your fundamental assumptions about our policy and politics, too.

Maybe you do need that dual-language-immersion charter school in the suburbs — not because you care about it educationally, but because its families help you make the case for charters politically. Maybe you think charter management organizations are the way to go, but to the extent the process to create them may crowd out leaders of color and neighborhood mom-and-pops — which grow authentic and local constituencies — you understand they shouldn’t be the only answer. Thinking like this could have headed off the NAACP charter moratorium with which we now all must deal.

Maybe you realize that if you believe in “choice,” you can’t believe in it only when the choice is you. And maybe you get that the fastest way to reach scale that has lasting political impact is actually to partner with private schools, who served the charter school base and educated generations of minority leaders, including our last president, long before the word “charter” was anything more than a kind of bus. And maybe you do that because you share opposition even if you don’t share interests.

If you don’t think we have a political problem and that, instead, the stars are aligned around us right now, maybe you won’t ask yourselves these questions.

If you do think we have one, maybe these are the only questions you should be asking at all.

Either way, failing to answer the political question puts all that we’ve made, care for, and wish to grow tomorrow at risk.

Read the next chapter: The Growing Blue-Red Divide (and also the previous chapter: Why Being ‘Right’ Isn’t Enough)