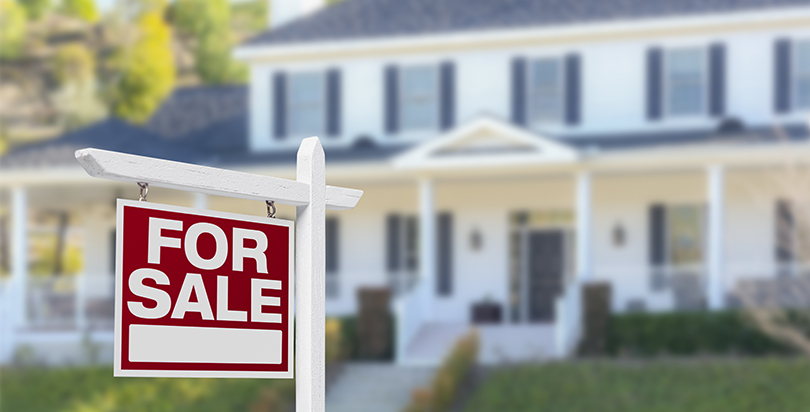 When you think about education, it’s worth asking two questions over and over again: Why is this thing the way it is? And does it have to stay this way?

One thing you hear often in education is that your ZIP code shouldn’t determine your educational destiny. This is something even folks who say they oppose “education reform” ostensibly believe.

So if that’s true, why is your house the overwhelming predictor of the sort of education you will receive?

I am willing to concede that during the early days of public education — open to all, paid for by taxpayers, and free at the point of delivery, as Sir Ken Robinson describes it — it might have made sense to organize compulsory schooling for children around small localities, principally because, in the absence of state and federal revenue streams or even state mandates and responsibility for education, taxing a community via its wealth in property probably made sense.

It was also probably easier to ask your neighbor to chip in on the financing of the local common school than it would have been to get someone from another town to do it. This was a policy decision grounded in localism and local identity, and it remains baked into our schools today.

Not that there was no schooling going on while states were organizing their local public education systems. People homeschooled, or they sent their children to schools with a religious affiliation — the Catholic Church is notable for its contribution in this space. And, too, as James Anderson writes in The Education of Blacks in the South, there were efforts by African Americans to set up systems of education for black children during slavery and, after its ending, on their own.

These efforts are noteworthy in particular because they show a deep understanding by blacks — both enslaved and liberated — that freedom is only half achieved without education, and that in the absence of a way to have education provided for you, you must somehow find a way to get it for yourself.

Fast-forward to now, and you can see lots of things have happened as a result of letting your house be the proxy for the kind of school you attend:

And education, which ostensibly was not meant to be a market, has turned into one. More pointedly, it’s turned into two:

The first one is the housing market, which is now in every way the proxy for the buying and selling of school that is supposed to be free but which is really priced into your mortgage. And if markets can be unfair to people, there are some people they are more unfair to than others: young families who have to buy into overheated housing markets, and those who still suffer the long-term effects of redlining, chief among them.

The other is the black market that arises when people lie about their addresses to gain entrance into better-performing schools in towns where they may not live.

New Jersey, for example, employs the pernicious practice of having off-duty police officers follow children home to make sure they reside in the correct school district, to make sure no one steals “free school.”

When we’ve criminalized the pursuit of a good school, we must ask whether the mission and intent we ascribe to public education are really being served.

So, again, why is this thing the way it is? And does it have to stay this way?

Buried in these questions are many others about rules and identity … questions about your own values and your own priorities as individuals and as a community. If you value the housing structure and how it links to school access more than you value unwinding that link, you’ll behave one way. And to be clear, there is a lot wrapped up in that decision: history and identity, economics and prosperity — all important things.

But there’s lots of bad in there, too. And the best and worst thing here is that you, and only you, have the opportunity and responsibility to do something about it.

Now, wrapped up in the housing discussion, but also existing in its own complicated sphere, is, of course, race. And though I know there are many issues of race that affect more relationships than just those between white and black Americans, I use the black-white achievement gap as my example because its closure has driven state and federal policy and expenditures in a way I don’t believe any other civic issue has or could have. I also pick this because, as a grown black man who once was a small black boy growing up in one of America’s most difficult neighborhoods, this is the lens through which I have seen the world. It’s the one I feel best equipped to discuss.

I think fights over resources — over weighted-student formulas and bonus weights for concentrations of poverty, for instance — are important when we talk about attacking the achievement gap, or any gaps that have grown out of the interactions of race and our public systems and institutions over time. But they don’t seem consequential when you consider the dynamics of the systems into which we introduce the money in the first place:

I am not trying to be provocative just for the sake of doing it. But I am trying to put a couple of important thoughts before you.

Our school systems are not neutral. They are the creations of generations of political, social, and financial history. So consider that your school systems aren’t actually broken, but are instead working precisely as intended. Which is to say, the results you get are not the unintended consequences of policies poorly implemented or people improperly placed, but instead a statement of things you prioritize more than whether every child is well educated.

Again, let’s assume there are lots of interests, including student achievement, that intersect in schools. Which are most important to you? Are you OK with where minority student achievement ranks against, say, the value of property? Is the maintenance of a segregated system that prioritizes the interests of those who can cluster in the wealthiest areas more important to you than whether a young child of color has the early reading intervention necessary to unlock a future of possibility?

This essay was adapted from an address Bradford delivered as part of the Robins Foundation’s 2017 Lora M. Robins Speakers Series on the topic “Exploring Education Reform.”