EDlection 2016 is The Seventy Four’s ongoing coverage of state-level education news, debates and votes in the lead up to the 2016 presidential election. The Iowa caucuses are scheduled for early February.
A small school district in southeastern Iowa was on track to become one of the first in the U.S. to have principals wear body cameras to record interactions with students and parents, but mounting pressure from civil liberties groups has apparently led officials to walk back the idea they embraced earlier in the summer.
The plan to outfit about a dozen administrators in the Burlington Community School District’s eight buildings with clip-on cameras took shape at the end of the school year, officials said, and was reported by The Des Moines Register in early July.
The news immediately prompted criticism from civil liberties groups outside the state, thrusting Burlington into an uncomfortable — and, according to school officials, unanticipated — spotlight. The backlash erupted just as the national push to equip police departments nationwide with body cameras intensified. 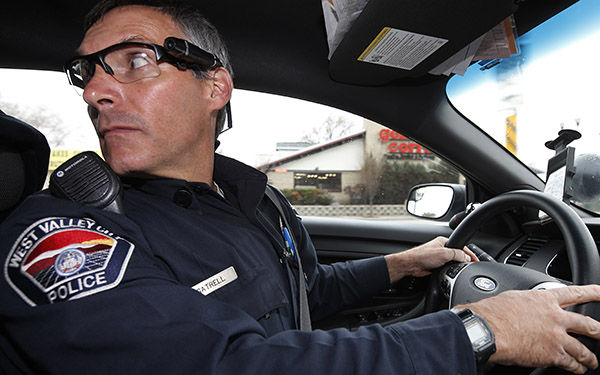 A police officer in West Valley, Utah, wears a body camera attached to the side of a pair of glasses in March. (Photos by Getty Images)

An Iowa school system may seem an unlikely setting for the next battle over civilian video surveillance. The district of 4,300 students, 80 percent of them white and 50 percent qualifying for free and reduced-priced lunch, is in the small outpost of Burlington, a former manufacturing hub that lies along the Mississippi River roughly 150 miles from Des Moines. “At the end of the day, we’re trying to use the cameras as a tool to help make our school a better place,” schools Superintendent Patrick Coen told The Seventy Four. “And if we can’t do that, we could scrap the whole thing.”

Mark Yeoman, a principal in his eighth year with the district, was the impetus behind the body cameras. He asked Coen to consider purchasing them last school year after he was falsely accused of kicking a student while intervening in a crisis situation with the student, he said. Video from a camera on the wall cleared Yeoman of the allegation.

“Even though we had very few fights and very few negative interactions, we do have some students who have behavior needs and when they’re in crisis it would be a good opportunity to review what happened in the situation so we could look at what we could do differently, did we do everything (we could),” said Yeoman, who has training in crisis de-escalation techniques for schools. 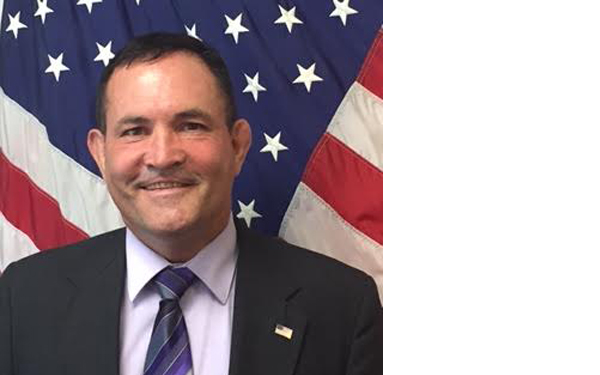 The body camera debate also comes as Burlington officials are integrating the alternative school — which serves 150 students at-risk of dropping out — into the main high school campus, Yeoman said.

Students returned to class two weeks ago, and school officials are now being watched closely by national rights groups as they wrestle with the finer points of the body camera policy. As initially proposed, it directs principals and associate principals “to use their professional discretion” in deciding when to turn the devices on or off.

Jeremy Rosen, executive director of the Iowa chapter of the American Civil Liberties Union, said while the organization is strongly supportive of police officers wearing body cameras (departments in Des Moines, Urbandale and Waukee are moving that way) as an important accountability tool, there’s no equivalent rationale for the cameras’ use in a school context. The cameras, he says, could pose an invasion of students’ privacy and even with strict guidelines in place, Burlington officials could open themselves to discrimination complaints because administrators may fail to record actions that cast them in an unfavorable light. “We wouldn’t want to see administrators getting nervous if they’re in a situation with students of color and not in a situation with a white student,” he warned. “If you’re going to film fights in the cafeteria, you’d have to film all fights in the cafeteria.”

As written in the draft policy that was provided to The Seventy Four Aug. 3, appropriate situations to record include fights on school grounds and conversations between administrators, parents and students “related only to student discipline” that are held in a private office. Before recording a student discipline meeting, an administrator would be required to read a disclaimer to all parties involved. (Whether the parent or student could object or opt out of the recording is not addressed in the draft)

Frank LoMonte, executive director of the Washington, D.C.-based Student Press Law Center, said Burlington’s proposal is the first of its kind that he’s aware of. “I think there’s going to be interest nationally in what Iowa decides to do. You can certainly see other districts and other states emulating the experiment if it proves to be useful, or not … Any time you see a new technology introduced that has potential to change the game for the application of discipline, it’s worth watching,” LoMonte said.

Meanwhile, 1,000 miles south the Houston Independent School District is moving to outfit its 210-officer department with body cameras this school year. The Texas district — which has its own police force to oversee 215,000 students and 28,000 employees — rolled out a four-month pilot program after more than a year of research into the use and benefits provided by the cameras.

Elsewhere in Texas, the police department in Frisco, a city north of Dallas, is also expanding a pilot program for body cameras worn by officers, including those assigned to work in high schools and middle schools in the 50,000-student Frisco Independent School District. Officers wearing the cameras in the schools will turn them on “when they become engaged in an enforcement action or if a routine situation begins to escalate,” according to the district. Officers will also turn them on if they’re conducting a “criminal interview.”

Back in Iowa, the Burlington district has already purchased 15 cameras for $85 each — one for each principal and associate principal throughout the elementary, middle and high school levels. But before anyone presses the “record” button, the plan will require review by the district’s lawyers as well as the Iowa Association of School Boards and must be formally voted on by the school board. The earliest possible pilot implementation would be January 2016, said Coen, who added he and his staff will be listening closely to parent and community feedback. 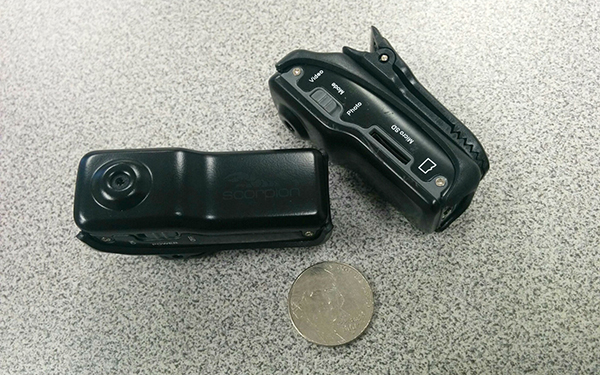 That’s a substantive change in tone from earlier this summer, when a press release posted on the district’s website, and signed by Coen, framed it all as a done deal: “Beginning next school year, building administrators at the Burlington Community school district will wear body cameras during some private meetings with students and parents.”

The statement said the school board had already “approved the use of body cameras in principle.” All that was left, it seemed to imply, was the procedural business of drafting a policy for the cameras’ use, which would be based on the same policy that currently applies to the cameras fixed on buses, in cafeterias, entrances and hallways throughout the district.

Unlike the wall-mounted cameras, the body cameras capture audio as well as video, giving all sides a better record to determine exactly what happened — and whether there was inappropriate verbal conduct by an administrator, officials say.

“We want to know, is this going to be a way to help us focus on education? Because if it is, I think other districts will start doing it,” board President Marlis Robberts said. “Right now, other districts like us are using cameras in the hallways or in the entryways and this is an extension of that.”

LoMonte, of the Student Press Law Center, was also circumspect about how that extension could potentially impact students. “If the intent is to create a stronger evidentiary trail so that more students can be suspended and expelled from school, then I think that’s a solution in search of a problem,” LoMonte said.

Coen, who just finished his first year as superintendent and said he found cameras on soldiers helpful while deployed with the Iowa Army National Guard in Afghanistan, acknowledged LoMonte’s concerns. He said the district’s goal is to use the body cameras to improve administrative conduct and offer evidence to more quickly resolve “he said-she said” issues that arise between administrators, students and parents.

“We’re not trying to say ‘Ah ha, now we have our pound of flesh,’” Coen said. “We’re trying to really say what really happened, why it happened, ensure it doesn’t happen again … and welcome the kid back to school and back to class.”