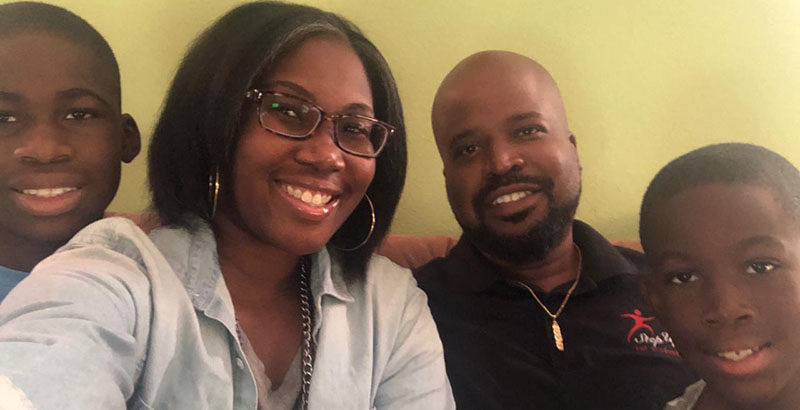 This essay first appeared on redefinED.

The debate surrounding Black Lives Matter versus All Lives Matter has been at the forefront of our national conscience for more than a decade. Those who lament support for the former, who say we shouldn’t disregard the latter, miss the point.

The harsh reality is that all lives do matter, but those with privilege must recognize that Black lives are negatively impacted at a disproportionate rate.

This is true of many aspects of Black lives — housing, employment, wealth, health care and, most important, education.

Over the past weeks, outrage and civil unrest followed the video of George Floyd yelling, “Please, I can’t breathe,” while a white police officer pressed his knee on Floyd’s neck for more than 8 minutes, ultimately leading to Floyd’s death. This video shines a light on the experiences of millions of Black Americans who have witnessed and experienced systemic oppression and racism for decades.

The video is forcing our country to recognize that injustice is prevalent in our country, with Black people typically bearing the brunt of it.

As a Black man, and father of two Black boys, I deal with these consequences and challenges every day. Whether it is the fear of lights and sirens blaring behind our car or my boys being mistreated and miseducated in school, the mental anguish is a daily struggle.

My 10-year old, while watching these events unfold before our eyes, asked, “Daddy, if Black people are killed on the street, does that mean there won’t be as many in school?”

Peaceful protests have attempted to address injustice, and now we are witnessing the overflow of emotion.

Onlookers are dismayed by constant media coverage of burning and looting in cities while ignoring another kind of looting.

The looting of the potential and potency of Black students by a system that has failed them for decades.

Opponents of education choice: Your suppression of parental choice contributes to the oppression of students, especially those who are Black and low-income.

Those who value Black lives must hold local leaders, board members and legislators accountable for the lack of realistic solutions for inequity in education.

Approximately 1 in 3 Black students are reading proficiently in Florida. Where is the protest against that?

Don’t rage against the immediate, unnecessary execution and/or incarceration of an unarmed Black man while ignoring the pillar that empowers us as a society — education.

Don’t ignore innocent Black and low-income children who, when given equitable options, have exceeded expectations and excelled.

The white moderate approach to education, racism and oppression of underserved populations, particularly Blacks, reflects a satisfaction with the status quo. Dr. Martin Luther King Jr. once said that the white moderate is more “devoted to order than to justice.”

If you are silent about one area of injustice, you are complicit in all of it.

I have protested, fought and advocated for the rights of all students, but in education, just like in society, Black students are disproportionately suffering. If we do not wake up to that larger context, we are doomed to continue this trend.

The murder of another unarmed Black man is unnerving, vile and inhumane. The lack of attention to educational equity is equally appalling.

You cannot depict this on a video or a Facebook Live post, but if you are not at the forefront of this movement, then you are an accessory to a crime that will continue long after these protests are over: educational inequity.

The revolution has begun — which side are you on?