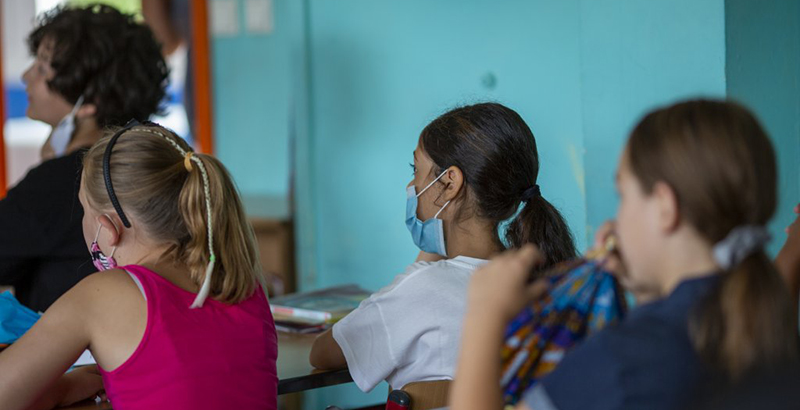 As of last week, eight states had prohibited school districts from setting mask requirements, according to a tally by Education Week, with lawsuits winding through the court system in several of those states. Fifteen states and the District of Columbia require masks be worn in schools. (Maja Hitij / Getty Images)

A proposal that would have made it illegal for schools to teach that students of any race or national origin face oppression was voluntarily shelved Tuesday by its author.

House Bill 808, authored by Rep. Valarie Hodges, R-Denham Springs, would have added to the “Parents’ Bill of Rights for Public Schools” that “the school shall not discriminate against their child by teaching the child that the child is currently or destined to be oppressed or to be an oppressor based on the child’s race or national origin.”

Hodges pulled the bill rather than put it up for a vote before the House Education Committee.

“Most of the time, children become successful or failures based on what a parent or a teacher instills in them,” said Hodges, who has a history in the Louisiana Legislature of proposing legislation looking to ban discussion of racism in Louisiana schools.

“I don’t want our children in Louisiana to be taught that they’re oppressed or oppressors or victims or victimizers. That’s counterproductive to making them good citizens,” she added.