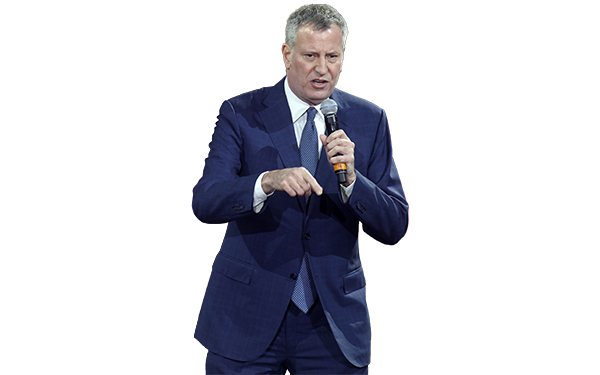 This piece originally appeared at the New York Post’s website.
Research backs up what common sense dictates: Students in good schools learn more in a year than those in poor schools.
For instance, Stanford University has found that students attending New York City charters learn the equivalent of five more months of math in a year than their peers in traditional schools. Comparing good traditional schools against low performers also reveals large gaps in learning.
Two months into the school year, then, the 36,000 students in the city’s Renewal program — chronically failing schools that receive hundreds of millions of extra dollars to improve — have fallen even farther behind where they were when the school year started.
We know this because the chancellor told us they aren’t meaningfully improving.
In an August interview, Carmen Fariña explained to Chalkbeat that even though Renewal schools have a June 2017 deadline for meeting three-year improvement targets, she expects extra support to continue for years — “no matter what.”
Meaning she believes the money spent to fix the 86 Renewal schools won’t fix them. They’ll always be Renewal schools and never renewed schools.
A few have closed, and one school just landed on the state’s receivership list, at risk of an Albany takeover.
If the program is essentially a huge transfer of funds that allows schools to continue educating students at very low levels, it’ll fail to deliver on what Mayor de Blasio promised students and taxpayers.
To be sure, test scores at Renewal schools went up at about the same rate as in other schools. That’s better than getting worse. But state officials attributed gains to new student-friendly testing changes, such as untimed tests.
Whatever the case, the Renewal gains — to merely 13 percent proficient in reading and 8 percent proficient in math — don’t exemplify the “fast and intense improvement” promised by the mayor.
Families agree. Since the program launched, 6,300 students (about 14 percent of the total enrollment in Renewal schools) have left, according to a Chalkbeat study.
Two years into the intervention, kids and teachers feel less safe than their peers in other city schools. Teachers are less likely to recommend their school.
This is what $400 million buys — with hundreds of millions to follow? Spending this much cash wisely demands expert planning, communication and managerial chops. Competence City Hall hasn’t shown.
Even if well-meaning, the initiative is far too conventional to change education for poor students — that task resists incremental solutions.
Even in its current form, the initiative has proved too ambitious for City Hall. Three examples:
Poor accountability. Community schools are the engine of change for the program — every school must adopt the model — but the evidence that they improve performance is spotty.
Nor is it clear how effectively non-academic services are provided. Caterina Lafergola, who ran Automotive HS for five years, said her school’s counseling services were disrupted by the DOE’s poor coordination with providers.
Many children at Automotive needed glasses but didn’t own any — a common problem in poor areas that the community model is designed to solve in a snap. Despite assurances that the glasses would arrive in September, however, they didn’t show up until February.
And the school’s “on-site” mental clinic? It’s off-site.
Too much bureaucracy. In January, principals union president Ernie Logan told The New York Times that city leaders had “lost their focus on the kids” in trying to make the Renewal program successful.
“There are so many cooks running around in the kitchen,” Logan said, “the chefs don’t know what kind of dish they’re concocting.”
In fact, the city created a second management structure for the program, with the director of school renewal answering to the superintendent, who answers to the executive director of Renewal schools, who answers to the chancellor.
Lafergola said the mix of DOE and Renewal management created confusing and sometimes toxic workplaces.
Staffing problems. Because of union rules, Lafergola said, she couldn’t get rid of bad teachers. But she couldn’t bring in good teachers, either. Being labeled a Renewal school, she said, scares teachers away.
De Blasio’s first term equals a young person’s entire high school career. Soon, he’ll ask for another chance. A question for the mayor: What second chance will kids in Renewal schools get?
Submit a Letter to the Editor
October 30, 2016