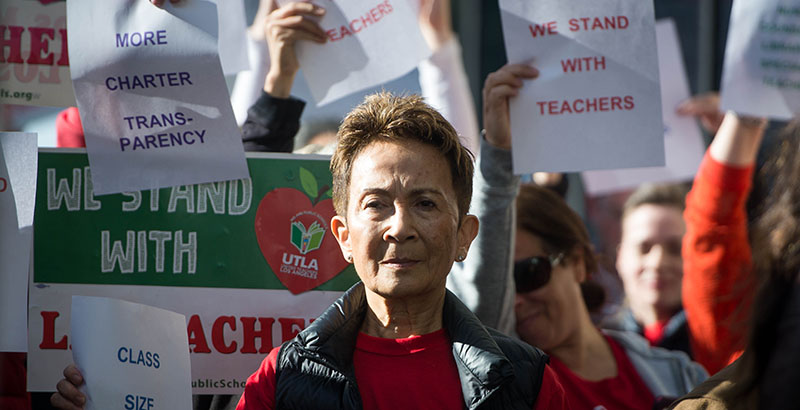 Conor P. Williams recently sought to unpack the reasons for a decline in charter school support, pointing to an overalignment with the broader school choice narrative (vouchers) and a need to double down on adopting district features like policies of accountability and transparency. Williams is not the first person to advocate for this “look inward” approach for falling charter support, and I doubt he will be the last.

The charter school community’s instinct for self-policing, improvement and desire to be part of the public school fabric is great for the students it serves and a credit to the leaders who are willing to act with accountability and transparency. But those values are not in and of themselves good political strategy. If you want proof, look no further than California, where Williams’s playbook has been in practice for years.

California has not had any meaningful discussion of vouchers since voters overwhelmingly rejected a 2000 initiative to fund them. On the other hand, a number of laws have been passed over the past few years — with the support of the charter community — to ban for-profit charter schools, ensure that charter school boards adhere to open meeting laws, prohibit conflicts of interest in management and contracting, and ensure that charter schools do not discourage high-needs students from enrolling. For a decade, the California Charter Schools Association has advocated annually for the closure of charter schools it considered to be failing the needs of the students they enrolled — often earning the ire of charter parents and supporters in the process. Charter advocates have also been vocal, visible champions of increased funding for all public schools in the legislature, and through local and state ballot initiatives.

Yet 2019 proved to be, perhaps, the worst political year for charter schools since the law authorizing them passed more than a quarter-century ago. The charter community was forced to swallow a “compromise” that gives districts (the primary authorizers of charter schools) several additional reasons to deny new charter petitions and makes existing charters the only schools in the state that can be closed for poor performance on the state’s confusing and oft-derided school performance dashboard.

This followed two high-profile and lengthy teacher strikes, in Los Angeles and Oakland, where charter-bashing was a central theme of union talking points in spite of the fact that charters have nothing to do with union contracts. At union insistence, the school boards of both districts overwhelmingly voted for resolutions calling on the state to enact a moratorium on new charter schools. Many other districts followed suit when they saw the political value of heaping blame on charters for a multitude of district financial and academic woes.

Based on our experience in California, it’s clear that Williams’s strategy has two fatal flaws. First, it assumes that people (voters) broadly care about, pay attention to and are generally informed about education policy. By and large, none of these is true. If asked to volunteer the most important issues voters care about, education rarely — if ever — cracks the top five. Poll respondents frequently overestimate the value of their local schools and the quality of education their own children receive. Even though charter schools have been part of the education landscape for decades in California, 82 percent of poll respondents still know only a little or nothing at all about them.

Second, it assumes that charters will be welcomed — or at least tolerated — by the special interests that dominate the district-run public school system if they operate with integrity and perform well. They aren’t. The charter school association has spent years enthusiastically trying to appease these very groups that resent its existence. Its reward was having the California Teachers Association spend $1 million per month in the first third of 2019 lobbying the state legislature for new laws aimed at crippling charter schools. No traditional public school organization came to the charters’ defense.

California’s district-run public schools are chronically failing to provide an adequate education to most students, especially children of color and from low-income households. Attacking charters is easier than justifying, explaining or addressing these shortcomings. Williams’s strategy allows them to continue avoiding their failures while keeping charters on the defensive. Charters need to focus less on trying to be like traditional district-run schools and more on reminding people why they exist in the first place.