Berner: How Rethinking Classroom Instruction May Have Boosted Student Achievement in Louisiana 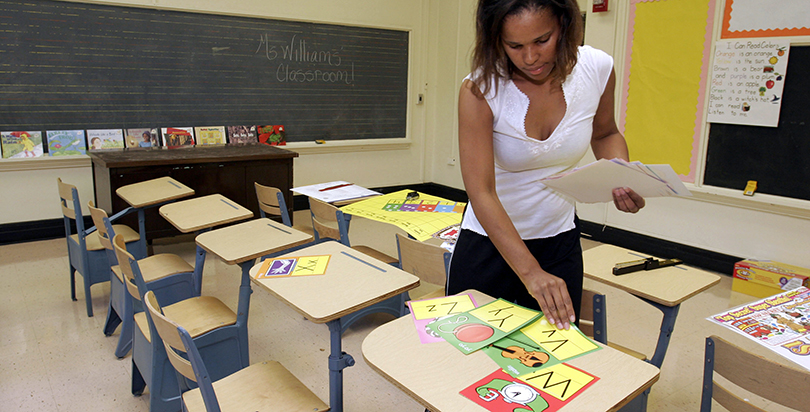 American policymakers seldom view curriculum as a serious lever for change. This is unfortunate, since national and international research finds that a challenging curriculum leads to deeper learning and narrows achievement gaps between advantaged and disadvantaged students.

For instance, students in Chicago’s low-performing public high schools who completed the International Baccalaureate Program were 40 percent more likely to attend a four-year college, 50 percent more likely to attend a selective college, and significantly more likely to persist through college than their matched peers. Historically, Catholic high schools in the United States narrow the gap between advantaged and disadvantaged children so substantially that, by the end of high school, student results no longer correlate to socioeconomic class. This is, in large part, because of Catholic high schools’ “common, constrained, challenging academic curriculum.”

Recent reports of international performance published by the Organisation for Economic Co-operation and Development and the International Association for the Evaluation of Educational Achievement, which focused on low-income students, found that to equalize opportunity, schools must provide a demanding academic curriculum. And other studies suggest that switching from a low- to a high-quality textbook can boost student achievement more than such popular (and costly) interventions as preschool programs, smaller classes and merit pay. Most democracies recognize this and require all schools (public and private) to teach a common body of knowledge to all students.

Why are Americans so indifferent to curriculum? Lots of reasons. A hundred years ago, schools of education turned from academic subject mastery to developmental psychology as the foundational resource for teacher preparation. In this now-dominant view, requiring children to learn anything in particular is pedagogically suspect. A coherent curriculum also courts controversy over what should be included; e.g., whether the history curriculum should emphasize the dominant politics, philosophy and literature of Western civilization or the voices of the underprivileged. And let’s not forget our deference to local control and teacher autonomy, which makes it uncomfortable to prescribe standards or curricula.

A new chance to consider the curriculum came when 42 states adopted the Common Core State Standards or created standards derived from them. With the blessing of their legislatures, state departments of education could leverage the new standards to strengthen the academic curriculum and reorient K-12 toward greater coherence. According to a new report from the RAND Corporation, one state seems to have done so: Louisiana. The research team found, using nationally representative samples, that Louisiana’s teachers had a significantly stronger grasp and use of standards-aligned materials and practices than their peers in other states.

How big are the differences? The report is chock-full of details, but here are a few data points:

The question is why. RAND’s research team interviewed leaders at the Louisiana Department of Education and analyzed state documents. Their conclusion: the LDOE seems to have created a cogent system that supports high-quality instruction in manifold ways.

At a recent event hosted by the Johns Hopkins Institute for Education Policy, Louisiana’s assistant superintendent of academic content, Rebecca Kockler, reported that more than 70 percent of all the state’s districts use aligned materials exclusively — up from a mere 20 percent five years ago. The LDOE additionally provides guidance and professional development to dioceses, Jewish day schools and charter schools, as well as district schools, signaling that all schools are welcome at the instructional table.

What makes the RAND study particularly interesting is Louisiana’s recent gains in student achievement. The state’s fourth-grade students improved at a higher rate than their peers in other states did on the recent National Assessment of Educational Progress reading test and tied with Mississippi for the largest growth in math.

Louisiana’s students increased their composite ACT scores by a higher percentage than those in the other 11 states that required 100 percent participation, and Louisiana has made the country’s largest gains in the percentage of students scoring three or more on AP exams. The RAND report cannot establish causation, but the researchers speculated that such growth is “likely due in part to changes teachers are making to their instruction.”

LDOE, in other words, seems to be upending the American tradition of fleeing the curriculum, and to good effect. Policymakers from other states should take a look.

Ashley Berner is the deputy director of the Johns Hopkins Institute for Education Policy. A longer version of this piece may be found on the Institute’s website. Palgrave Macmillan released Berner’s new book, Pluralism and American Public Education: No One Way to School, in November.