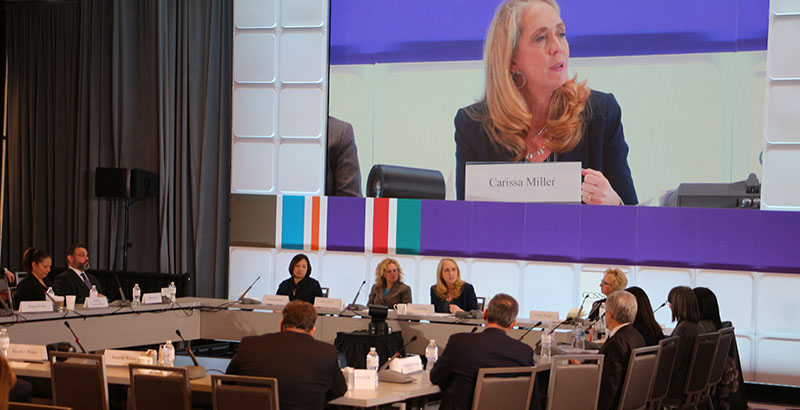 Reading instruction in American schools is so rife with poor curriculum and pedagogical dogma that a prominent academic likened it to “the equivalent of chemistry departments teaching alchemy.”

“We’ve had about 130 years of bad practice,” David Steiner, director of the Institute for Education Policy at Johns Hopkins University, told the audience at a national literacy summit in Washington, D.C., last week.

With high-ranking education officials from 13 states in attendance, alongside advocates, journalists and leaders from literacy research groups, the roundtable discussion addressed the causes — from poorly prepared teachers to inadequate guidance on curriculum — of the well-documented stagnation in reading achievement across the United States.

The day-long conclave, hosted by the Council of Chief State School Officers, focused above all on a dilemma that has received more press coverage in recent years: Despite the fact that cognitive scientists have agreed for decades on the best way to prepare young children to read, millions of students are still taught using outmoded or debunked methods with no scientific justification.

The effects have been greeted by many as cause for alarm. A sobering morning presentation by National Center for Education Statistics Commissioner James Woodworth showed that American students’ reading performance on international standardized tests like PISA have demonstrated little or no upward movement. On the National Assessment of Educational Progress — a benchmark test sometimes referred to as “the nation’s report card” — aggregate reading scores for both fourth- and eighth-graders are essentially unchanged over the past 30 years.

The most recent release of NAEP results, announced last year, included an even more disturbing finding. While top-performing test takers (those scoring at the 90th percentile) have made slight growth over the past few rounds of the exam, those at the bottom 10th and 25th percentiles have done markedly worse. Only two jurisdictions, Mississippi and Washington, D.C., saw meaningful progress in reading, while dozens of others saw their students’ scores drop.

“What you see nationally is a kind of canceling-out effect, because the top is going up by a similar amount that the bottom is going down,” Woodworth said in an interview. “That should be really concerning to people. It’s great that we’re improving reading for some kids, but the kids who need the most support are actually declining.”

CCSSO Director Carissa Miller, who presided over the day’s discussions, told The 74 that shock and surprise over the recent reading results were only one catalyst for the event.

“The NAEP scores coming out were an impetus for it, but when you look at the long term, the trends for reading just haven’t moved the needle,” she said. “There’s momentum, there’s energy now, and we need to make change on this. And it’s sad [because] we have the science. We know this, we can do better.”

‘The reading wars never went away’

Notably, the day’s most prominent speaker was neither a state superintendent nor a literacy expert. Instead, it was Emily Hanford, a reporter and program host at American Public Media who gave a lengthy presentation on the wonky but bitter conflict fought among proponents of different approaches to reading instruction. That dispute — referred to by teachers and parents, with dread, as the “reading wars” — raged in the 1990s in K-12 classrooms and teacher education departments across the country.

In a recent and highly influential series of reports, Hanford has argued that many trainee teachers are never adequately prepared to teach children how to read. Their training programs, embedded in schools of education around the country, are often still enthralled to questionable “whole language” philosophies of literacy, she reported, even as most reading experts have pointed to children’s need for greater instruction in phonics.

Hanford’s recap of 50 years of disputed pedagogy sometimes veered toward the technical — a digression onto the subject of “orthographic mapping” required a few minutes of explanation — but her characterization of the conflict was broadly held by other experts at the summit. Emily Solari, a professor of reading education at the University of Virginia, noted that the newfound press interest in literacy had shone a light on a divided field.

“One of the funny things that happens to me is that someone will say, ‘Wow, those reading wars are back,’” Solari told the audience. “And I think the reading wars never went away. Those of us who have been entrenched in this know that.” 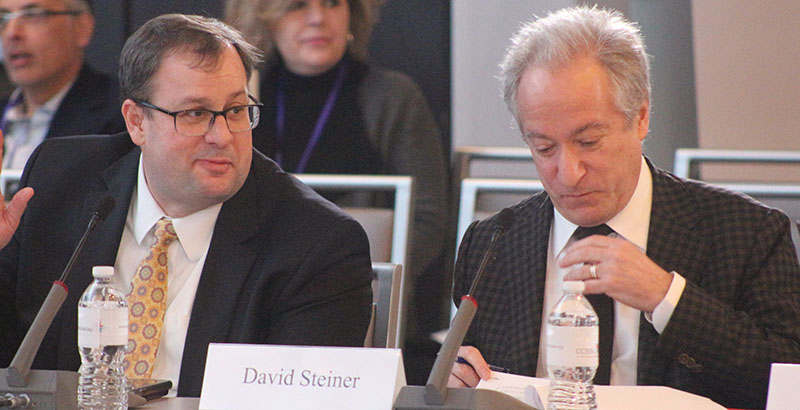 The assembly of state superintendents, from areas as varied as North Dakota, Vermont, the District of Columbia and Tennessee, agreed that they faced significant obstacles in trying to improve their students’ reading performance. A few, calling early literacy the “civil rights issue of our time,” complained of the difficulty of mandating better practices, such as rigorous curricula and tighter teacher certification requirements, in states where most control over education is devolved to local school districts.

“Being a former legislator, what’s been very popular is local control and flexibility,” she said. “And I supported that from the perspective I was in at that time. But now that I’ve been in this role as state chief, I see the fallacy there. … It’s almost un-American to say that the state department is better than the locals. But honestly, I’m beginning to see it that way. Not all locals, but many need our expertise.”

Carey Wright, Mississippi’s state superintendent, said it was difficult to strike a balance between respecting the autonomy of educators in communities and pointing them toward teaching practices and curricular materials that have been proven to be effective.

“We’re not trying to supersede local decision-making,” she said. “But when you talk to teachers or principals, they’ll tell you, ‘We need resources, we need good materials, we need lesson plans.’”

Wright has recently won plaudits for the significant reading progress made by Mississippi students in the 2019 NAEP results. A former classroom teacher and chief academic officer in the District of Columbia Public Schools, she spoke of the disappointment and frustration felt by teachers who reach the end of lengthy training programs only to find themselves ill-prepared to help struggling readers.

“I never want to put a teacher in a position to say, ‘Oh my gosh, I have no idea how to do this,’” she said. “We’re dealing with children’s lives each and every day, and if we’re not speaking up for those who can’t speak for themselves, then shame on us. … I look at my job as: We’ve got control over the school day. We’ve got to take control over what we’ve got control over.”

As the nation’s reading challenges have garnered more attention from policymakers and the press, there is some evidence that academics have begun adopting better practices around literacy. A national evaluation of more than 1,000 teacher preparation programs released Monday by the National Council on Teacher Quality found that a sizable number, especially at the undergraduate level, have begun providing their teaching candidates with scientifically based reading instructions. Leading the pack were those based in Mississippi.

In her discussion with The 74, Miller said that CCSSO would push states to take the necessary steps to reshape reading instruction in K-12 classrooms — whether that includes passing laws requiring teacher candidates to study the science of reading, encouraging districts to adopt better curricula or investing in more extensive professional development for veteran instructors. If that active approach ruffles feathers, she said, so be it.

“Our philosophy is always to bring people together to do the right thing. So we start there, but at the same time, we have a moral obligation to kids, and the reading scores can’t continue the way that they are. We have to move forward. There are people at education schools around the country who believe in this and want to be partners. We’ll find our partners.”

Note: This story has been updated to show that top performing test takers on the National Assessment of Educational Progress, whose scores increased slightly in recent years, measured in the 90th percentile on the exam.