At Least 6 People Killed, 20 Injured by Guns at American Schools in January 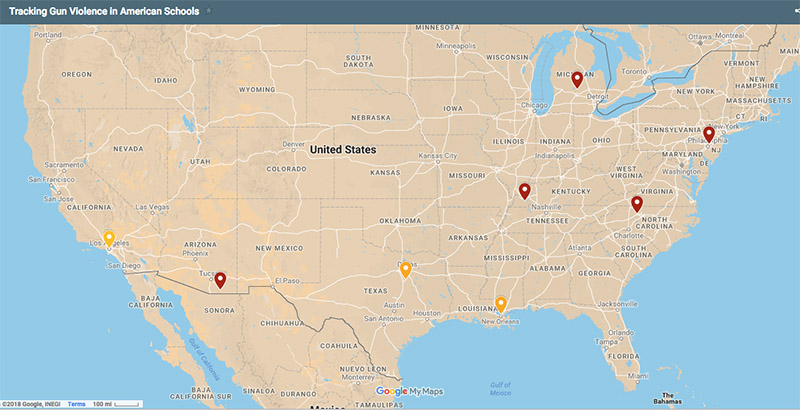 Just 23 days into the new year, America witnessed its first mass school shooting of 2018. In an incident that reportedly stemmed from bullying, a 15-year-old male student entered his rural Kentucky high school and opened fire on his classmates.

In the days following the mass shooting at Marshall County High School, which resulted in two deaths and 18 injuries, the prevalence of school shootings once again dominated national headlines. The number of school shootings that have occurred in 2018 quickly morphed into a heated debate as well: While some accused national media outlets of downplaying the problem, others accused advocacy groups of exaggerating the frequency of gun violence in American classrooms.

For the remainder of 2018, The 74 will track in real time — or close to it — shootings at American schools. Our analysis will focus on incidents that occur on school grounds and result in injury or death. That includes suicides, which account for nearly two-thirds of all firearm deaths in the U.S., according to Centers for Disease Control and Prevention data.

During the month of January, at least six people died and 20 were injured by firearms on school property. Two of those deaths were suicides, including a 31-year-old veteran who shot himself in an elementary school parking lot. One Wake Forest University student was shot and killed after a fight broke out during a party.