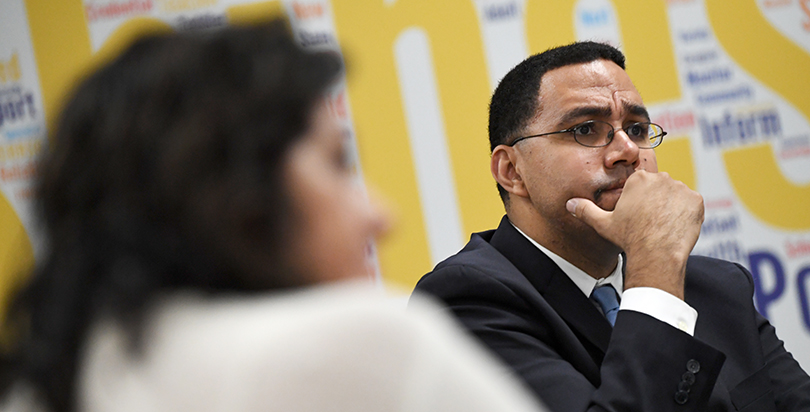 The wonky regulation known as “supplement not supplant” has been one of the most contentious areas of the Every Student Succeeds Act, and as the public comment period closes, one advocacy group is presenting an alternative proposal that could be opponents’ best bet for forcing the Education Department to compromise.

At its root, “supplement not supplant” aims to ensure that states and districts don’t shortchange poor schools and then fill the funding gap with federal Title I dollars. The Education Department and Secretary John King have said since last spring that the final rule should require state and local spending at poor and wealthier schools to be equal — including teacher salaries.

Republicans in Congress and advocates for teachers and district leaders say the department’s proposal runs afoul of the law as written, would require huge upheavals in school finance and could cause unintended negative consequences — like forced teacher transfers or an end to specialized programs, to more easily ensure that schools get equal resources.

Enter the Council of Chief State School Officers, a group representing state education secretaries. In addition to making standard comments dinging the department’s proposal, the group took the unusual step of developing its own alternative.

That plan has a variety of supporters, said CCSSO CEO Chris Minnich, including the American Federation of Teachers and the Council of the Great City Schools, which represents big-city superintendents.

Under the state chiefs’ proposal, districts would have to distribute state and local funds in a way that doesn’t take a school’s poverty status into account. They’d have to publicize the methodology by which they give out the money and prove that they’re meeting those standards. And they’d have to take into account the effect that methodology would have on schools identified under the law for “comprehensive support and intervention” (the bottom 5 percent of all schools in a state).

“The Chief State School Officers’ proposal is practical and is in keeping with what Congress wrote and intended in the new education law. The department should listen to this idea rather than moving forward on its proposed rule, which violates the law and congressional intent by effectively having the federal government decide how to distribute state and local education dollars,” Alexander said in an emailed statement.

(The 74 Interview: Senator Lamar Alexander on Keeping ESSA From Becoming the Next Obamacare)

Using the bully pulpit over the next few weeks to push proposals like CCSSO’s is probably Alexander’s best option for ensuring that the Education Department will change the rule. If, as is increasingly expected, Alexander’s party loses control of the Senate after next week’s election, he’ll no longer have the clout and public megaphone that come with a committee chairmanship. Other options he has raised for forcing a change include filing a lawsuit, which would likely be too time-consuming, or attaching language to a spending bill or stopping it via a formal congressional review — both unlikely, given that they’d require the cooperation of Democrats who support the administration’s proposal.

The Education Department, too, is working on borrowed time — the deadline for issuing a final regulation is now measured in weeks, not months.

“We think that if they’re going to publish a final rule before they leave in January, then they need to take this into account,” Minnich said on a call with reporters Tuesday. “If they don’t, we will be stuck with an unworkable solution … and we’ll be left fighting about it rather than solving problems for kids.”

A department spokeswoman said officials don’t yet have a timeline for issuing a final rule and added that there is still time to submit comments, “all of which will be considered in the final regulation.”

Manish Naik, legislative director for the Council of the Great City Schools, said via email that CCSSO officials did a good job laying out the practical and operational problems with trying to implement the Education Department’s proposal at the local level.

“Unlike the proposed regulation, CCSSO’s alternative interprets the statute correctly and reflects the bipartisan negotiation that updated the ‘supplement not supplant’ provision in Title I,” Naik said. The group will also be submitting its own comments, he added.

AFT representatives did not respond to a request for comment.

CCSSO’s comments — and proposed alternative — are among more than 2,000 responses received so far. The comment period closes at 11:59 p.m. on November 7.

The department has made changes in response to earlier criticism, such as adding some new options for showing compliance. Districts could use per-student funding formulas that give more weight to poor students, English-language learners or students with disabilities, for example, or states could set up their own formula, subject to federal peer review and approval. The proposed final version makes clear that it doesn’t require teacher transfers, and it gives more time for districts to comply if needed.

But further changes may not be forthcoming. Congressional Democrats largely back the Education Department’s proposal, as do civil rights groups. And King has gone so far as to call it “both our responsibility and our moral obligation” to ensure equitable funding to build on the civil rights legacy of the original federal K-12 law.