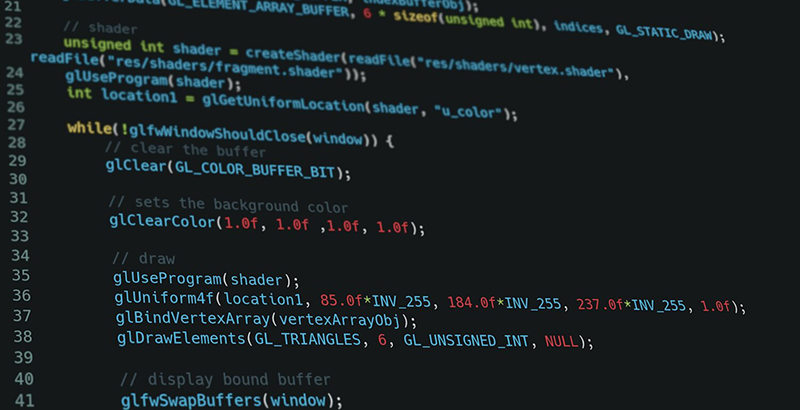 Nancy Mastronardi does all kinds of art with her students at Joella C. Good elementary school in Miami. Some weeks it’s drawing and painting, other weeks it’s weaving and pottery. At the Title 1 school, creativity is on display everywhere you look—from the sunshine-yellow tile mosaic flanking the school’s entrance to the painted superhero vegetables by the garden.

But when the pandemic hit and learning went remote, and then hybrid, Mastronardi—who’s been teaching for 29 years—had to adapt. She traded her classroom for an art cart that went room-to-room, and began Zooming online half the time. But at home, her students didn’t have supplies like clay or oil pastels.

“A lot of the kids weren’t putting in the kind of work that I’m capable of getting out of them when I’m in class. And I couldn’t give them much variety because I relied on those supplies to provide a rich experience,” she says. “I knew I had to give them something else.”

Then, Mastronardi was introduced to a summer virtual training with the Miami nonprofit Code/Art. Founded by MIT grad Amy Renshaw in 2016, the goal is to delight and inspire girls, especially those from underrepresented backgrounds, with the “creative possibilities of computer programming.” They do this by training art teachers with lessons that combine art and coding. There are also weekly Code/Her clubs for elementary and middle school girls, Future Female Tech Leaders program for high schoolers, and Code/Art Fest, an annual community-focused conference that celebrates the girls’ achievements.

With Miami a freshly minted tech hub, Renshaw sees the city as an ideal place to nurture a new generation of female talent in an otherwise inequitable industry. In the U.S., women hold only 25% of computing-related jobs, and out of that, only 12% are women of color. The result? Male-bias design can be seen everywhere, whether in misleading fertility apps or voice recognition software that doesn’t recognize female voices.

“We’re going to miss out on technology that’s going to give us a wider range of solutions if we don’t have a more diverse workforce,” says Renshaw.

Art as a way to pique girls’ curiosity makes sense to Renshaw—art skews female when it’s an elective, and there’s more flexibility in the curriculum. Research backs her up: Girls’ interest in computer science increases when the classroom environment reflects art and nature rather than stereotypical geeky decor, like Star Trek posters. Research also shows girls’ involvement with computer science should start before eighth grade, at which point cultural stereotypes are already taking root.

So in 2019, Code/Art started training public school art (and some tech) teachers in partnership with the Miami-Dade School District. Teachers who volunteer for the training can satisfy continuing education requirements by learning four lessons: an abstract art generator and donut maker game in Scratch, coding self-portraits using JavaScript, and 3-D modeling on Tinkercad.

To create a comfortable learning atmosphere, facilitators are open about their own struggles and encourage the teachers to tap into each other’s knowledge and experience. They are assisted by college-age interns, who are then available to help in the classroom.

“They’re very patient, and explain things clearly and easily,” says art educator Edna Chueiri. “If a third grader can do it, we can do it.”

There’s no other model like Code/Art in the country. To date, they’ve trained teachers from 100 schools, 68% of those being Title 1 schools. Still, coding your own nose is one thing. Teaching kids to do theirs is another. A little less than half of teachers have implemented the lessons, although Renshaw believes that more have simply gotten hung up in paperwork when reporting back to Code/Art.

During the pandemic, with the shift to virtual, momentum has inevitably slowed down—56 teachers participated in the training in 2020 compared to 109 in-person the year before. But for Mastronardi, the pandemic was as good a time as any to try the lessons with her second through fifth graders. Other art teachers who struggled to engage their students said the same. Turns out, the Miami-Dade school district lending out 105,000 laptops worked in their favor.

At first, the girls in Mastronardi’s classes were shy. But after a few weeks, when they saw their projects were as successful as those shared by the boys, they opened up. They became more comfortable asking questions, and Mastronardi says the girls can’t wait to click “share screen” these days. The lessons have also helped Mastronardi skirt the burnout educators have been experiencing during the pandemic.

“They’ve kept me energized,” she says. “And I still can teach color theory and drawing skills.”

The lessons aren’t for everyone. But for those who have been attending Mastronardi’s class, the lessons were exciting enough that a handful of girls began meeting independently on Zoom. Mastronardi also started a virtual Code/Her club that gathers Wednesdays after school.

Zaria Francis, a third grader at Joella C. Good and aspiring ballerina, is in the club. Her parents decided to keep her in remote learning for the entire year—a decision that resonates with Black and Latino families across the country. Francis never knew what coding was before digitally decorating a donut with gummy bears. Now, she’s creating Scratch projects all the time, her latest a ballet scene featuring a little girl inspired by Misty Copeland. Code/Art has not only given Francis more confidence in math and science, but a way to cope.

It’s too soon to tell how effective Code/Art is in encouraging girls to continue with tech as a career. Screen fatigue has taken its toll during the pandemic, with participation in Code/Her clubs down a third from last year. But in a recent survey of 23 girls from the clubs, 52% said they plan to major or minor in computer science in college and 87% said their club motivated them to continue coding in the future.

This summer, Code/Art plans on training 50 more art teachers. Renshaw and her team also launched a monthly donor program to support classrooms and clubs, and are figuring out how to get more computers as the district has begun collecting them. Luckily for Mastronardi, her principal has given her classroom a set of laptops for the fall.

Ultimately, Renshaw hopes to bring the Code/Art model to other cities, including San Francisco, Seattle, Austin, and New York City. As a first step, Code/Art Fest included a “Code Your City Challenge” this year. Girls from all over the country submitted entries to the category of self-portraits, which Renshaw says “changes what a coder looks like.”

Sixth grader Fatima Hernandez, who participates in a Code/Her club in Miami, won first place for 6th-8th grade in the Southeastern region. Her portrait reflects her future, about which she is certain: She plans to earn at least two doctorates, become an aerospace engineer, and build spaceships—because they’re “basically huge computers that can fly.” In her portrait, against a blue background with white dots, she is smiling and holding a robot. An astronaut helmet frames her head. On her spacesuit, a badge for NASA.

Celeste Hamilton Dennis is a contributor to Next City.