Arkansas Fifth-Grader Grants 3 Wishes for Local Nursing Home Residents — and Has Raised $185,000 to Fulfill Even More 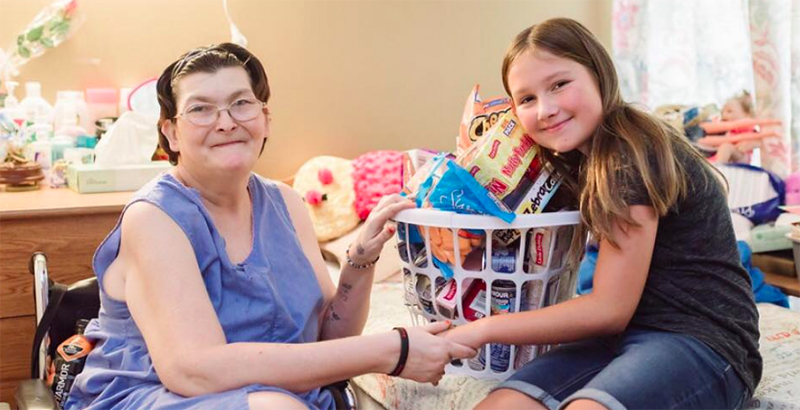 Her mother, Amanda, is a nurse practitioner who assists patients at nursing facilities throughout Harrison, Arkansas, and Ruby often goes along. Although she admires her mom, the visits sometimes got boring.

Posted by Three Wishes for Ruby's Residents on Thursday, January 24, 2019

Pearl was sitting in her wheelchair, staring out into the parking lot. Ruby couldn’t figure out why — nothing exciting was going on out there. But then Pearl explained that she was watching a friend walking her dog to the car. They had come for a visit, and Pearl didn’t know if she would ever see her beloved pet again.

“It was very sad. We have a lot of dogs and I could feel her pain,” Ruby told CNN.

Ruby estimated that it cost $12 every time a pet sitter brought Pearl’s dog. With the government allowing nursing home residents just $40 a month for “extras” — any expenses other than room and board — Pearl couldn’t afford the dog sitter.

Posted by Three Wishes for Ruby's Residents on Tuesday, December 18, 2018

An idea was born.

Ruby looked in her piggy bank and discovered enough money to help Pearl pay for some visits. But then, she realized that if she started raising funds, she could do more — and help other residents in need as well.

So, with her mom’s help, Ruby launched “Three Wishes for Ruby’s Residents” on Facebook and a GoFundMe page with an Amazon Wishlist to make those wishes come true.

Posted by Three Wishes for Ruby's Residents on Saturday, January 12, 2019

As she wrote on her GoFundMe page, “These extras are the things that make life sweeter.”

Fueled with optimism and resolve, the fifth-grader found an old school notebook and went around asking the patients, “If I could bring you three things in the whole world, what would those be?”

Posted by Three Wishes for Ruby's Residents on Thursday, January 10, 2019

The requests ran the gamut, from hearing aids to fresh strawberries to fast food.

Thank you for visiting Three Wishes for Ruby's Residents. This is an 11 year old kid hero who is shining a light on the…

Posted by Three Wishes for Ruby's Residents on Tuesday, January 15, 2019

Ruby told CNN, “[The wishes] weren’t new cars or a million dollars. They were very simple things that you could just go in Walmart and get [like pants that fit] — and that’s what we do.”

So far, Ruby has raised more than $185,000 for residents in five nursing homes in Arkansas, and she has been able to purchase bigger-ticket items like shoes and iPhones.

Thanks to the donations we were able to buy the residents an iPhone to use to call their loved ones today. Allowing…

For residents who have dementia and can’t make specific requests, Ruby provides higher-quality blankets and pillows than what the nursing homes provide.

Everyone enjoyed their Happy Meals delivered by Miss Ruby Chitsey today for lunch. 🤗

Posted by Harrison Rehabilitation and Health Center on Monday, January 21, 2019

Now, her mom is thinking about taking the three-wishes campaign nationwide. Ruby has “started a movement — recognizing a need and just doing something about it,” her mom said. “This is about their quality of life — bringing them joy.”